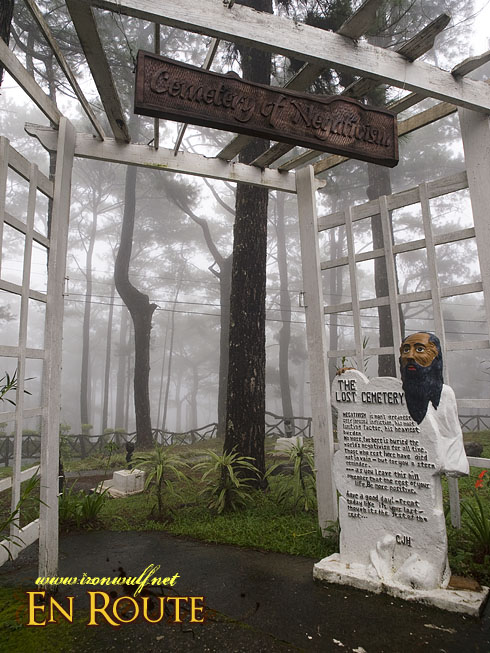 Enter the Cemetery of Negativism

It has been a tradition in the Philippines that during All Saint’s Day, people would visit the graves of their departed love ones in the cemetery. Candles are lit in remembrance of their souls. The cemetery becomes the focal point of the season were people flock to. But there is one other cemetery in the country where people visit not for their late relatives or friends but for the negative traits people buried in this hill. It’s the Cemetery of Negativism also called the Lost Cemetery found near the historical core of Camp John Hay, Baguio. 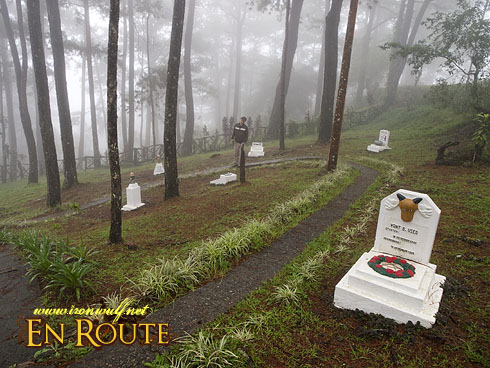 The tombstones at the graveyard

Written on the entrance of the Cemetery of Negativism:

“Negativism is man’s greatest self imposed infliction, his most limiting factor, his heaviest burden.

No more, for here is buried the world’s negativism for all time. Those who rest here have died not in vain – but for you a stern reminder — as you leave this hill remember that the rest of your life, Be more positive. 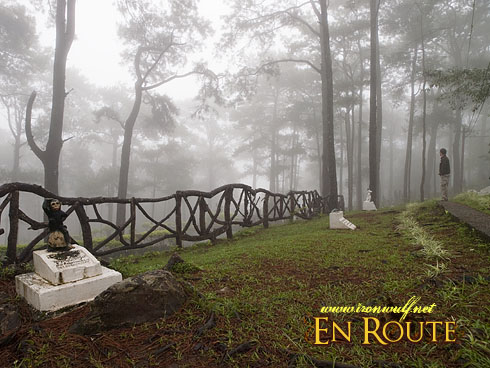 Strolling along the Lost Cemetery

It was said that way back in the 80’s, soldiers at Camp John Hay were thought that negative thoughts can be unproductive and limit their potentials. So they were asked to gather all these thoughts and bury them on that little hill which they call the Cemetery of Negativism. While the cemetery is only a symbolical representation, it was told that way back they actually do a mock funeral to seal the act. 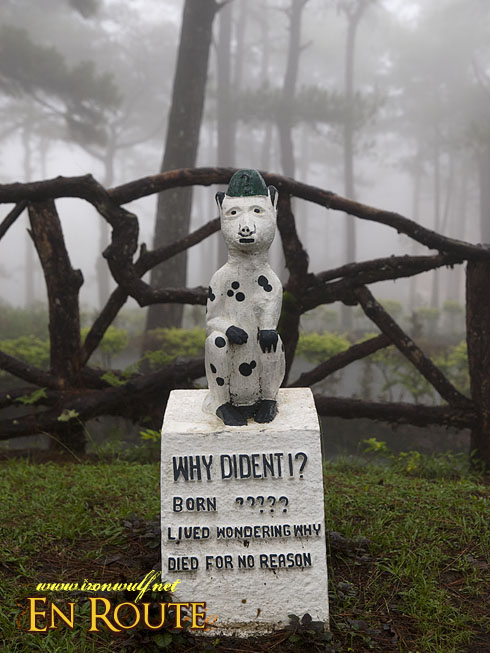 Why Dident I? Born ?? Lived Wondering Why, Died for no reason

The graveyard looks more like a pet cemetery with small tombstones and figures on them. There are about 15 of them there with each epitaph has a dash of witticism written on it. The cemetery is the brainchild of Base Commander Major John Hightower who served at Camp John Hay from 1979 to 1982. The commander was known to have unorthodox yet creative methods in leadership. He thought it would be great to infuse some humor in the camp by putting up this cemetery. 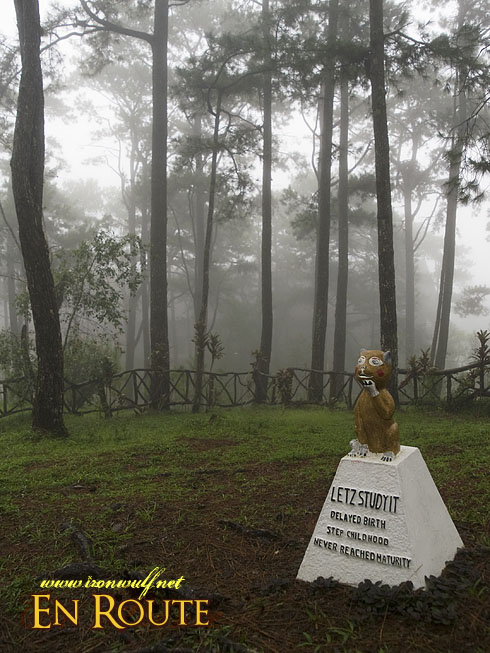 The cemetery only has a small area and it’s a nice stroll especially with Baguio’s cool and crisp air to go along. The tombstones seem to have been repainted recently but dome of the figures had already been damaged probably by age. The written words on the epitaph and the figures are witty but at the same time something to ponder on. 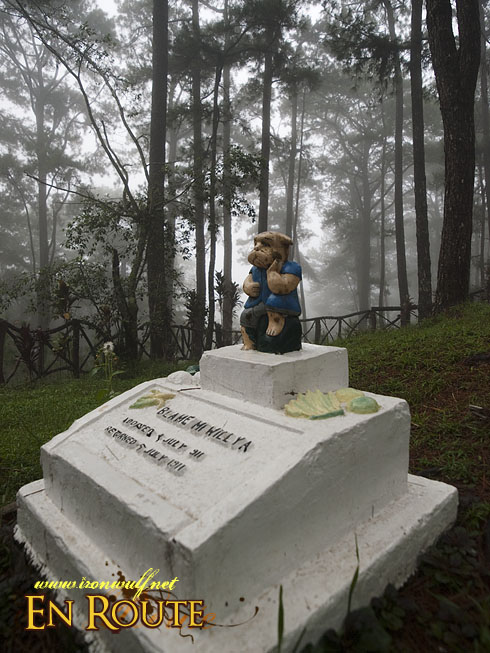 Blame Mi Will Ya

Words like “Why Dident I?” evokes feelings of regret of having not decided to live or chose to do something before and plagued by these thoughts till the very end. “Letz study it” tells of a trait engrossed on theoretical thinking instead of actual doing. Something like an Analysis Paralysis. 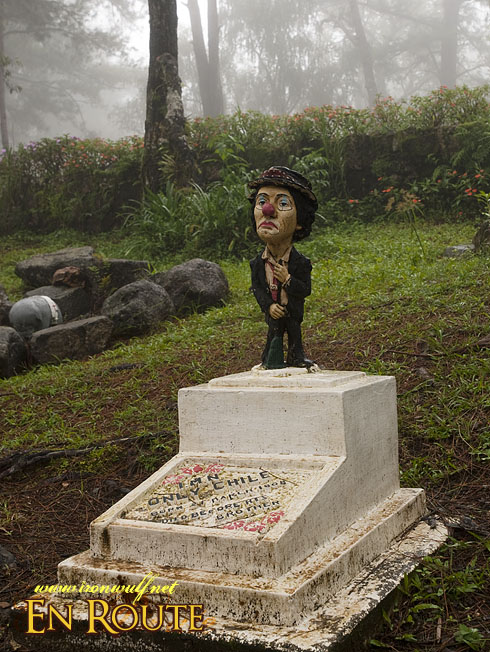 The 20 Pesos entrance at Camp John Hay Historical Core, also gives access to the Cemetery of Negativism. When there, I would suggest a quick stroll on this little hill and try to ponder on the phrases written on epitaphs and their accompanying figures. With negativity all around this little hill would remind us to bury all our negative thoughts and focus on the positive things in life.