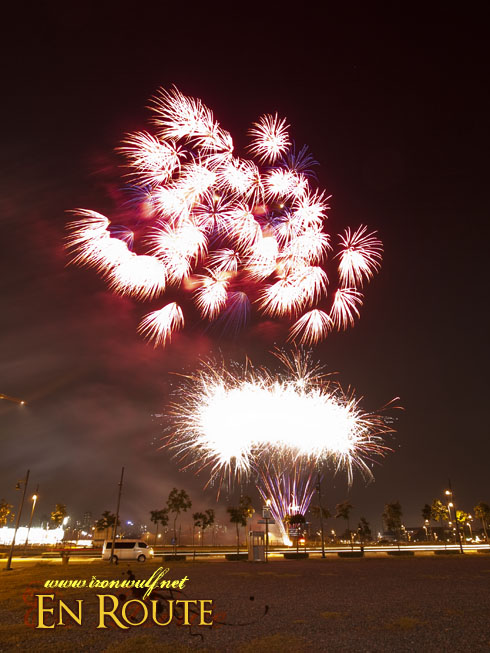 (UPDATED November 24, 2009) The much awaited annual sky spectacle is back, the World Pyro Olympics 2009, officially launches and will be shown on November 21, 28, December 5, 12, and 19. The event has a new bigger venue at the Open Grounds of the Fort Bonifacio Global City, exciting first full Pyro-Musical performance from the top pyro-teams from 8 countries. There are also day activities at the venue to keep spectators occupied while waiting for the main events.

What to Expect. We were all thinking that the bay was a good venueefore b with the sea breeze and ocean foreground. But organizers explained that with the preparations done inland with a bigger area available, the participants were able to play around with their set up unlike the limited space on a floating barge. So expect spectacular low-level effects as well as synchronized music each characterized by the performing countries. Speakers would be positioned around the area for the full experience unlike if it were on the bay the winds and waves would have dampened the sound. Also expect much controlled traffic with shuttle services available at key points to and fro the venue.

The Executive Committee of the World Pyro Olympics (WPO) 09 announces the postponement of the WPO originally set on November 28, December 5, 12 and 19, at the Bonifacio Global City to a later date early next year.

The incessant rains and flooding during the past months have rendered the firing area almost unfit for pyrotechnics launchings which have certain international standards to observe. The participating countries have thus agreed to postpone the event