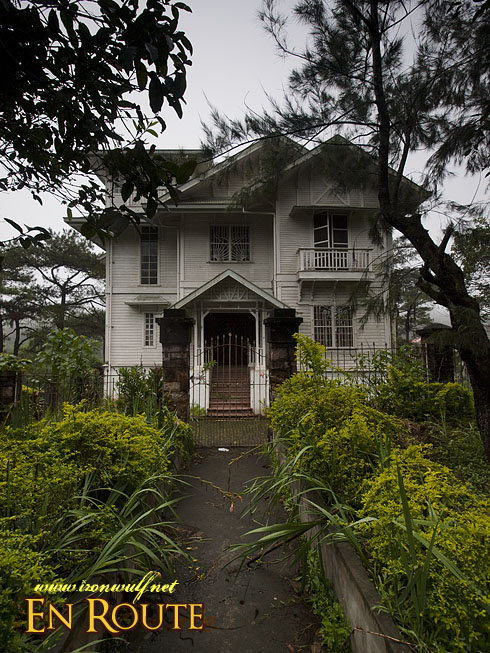 It’s already past Halloween but November’s still here so I think stories on the paranormal are still welcome at this time. And what better a setting than the often mist-cloaked landscapes and cool climate of Baguio. My recent visit to the famed summer capital led me to explore the City of Pines‘ famous haunts. In the next few post I’ll regale you with stories of places and the things hidden behind the mist. 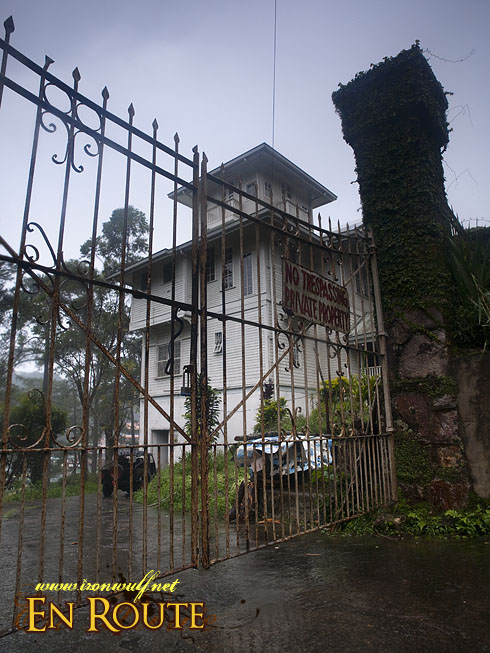 The Gates of Laperal house

The Laperal White House at Leonard Wood Road in Baguio is one of the first places locals seem to mention when you ask them about the haunted places in the city. Built on 1920’s, it was home to the Laperal Family, the oldest clan in Baguio. At the height of World War II, Japanese soldiers occupied the house. Most of the family was brutally murdered in the house. The last Laperal, Roberto died of an accident by slipping and hitting his head. 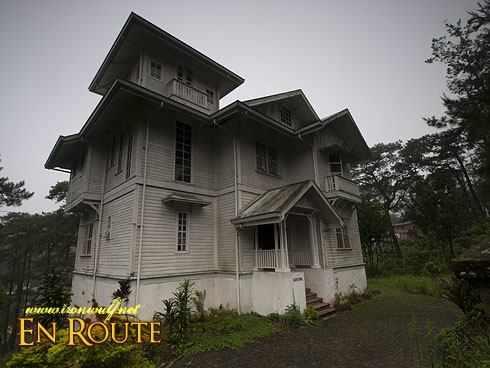 The house remained uninhabited ever since except for the caretakers living outside the house within the gates. There were reports that footsteps and moans could still be heard. Numerous Baguio residences reported seeing an apparition of a girl at the door footsteps at night.

A popular restaurant owner narrated how her friend brought with her a clairvoyant at PNKY’s restaurant just across the Laperal White House to dine. At that time, PNKY’s was just on ground level. When the Clairvoyant looked at the mirror of the restaurant, she was stunned when she saw a woman standing behind her along with the reflection of the house. PNKY’s restaurant now has an elevated ground and made sure their mirrors don’t reflect the old house in any way. 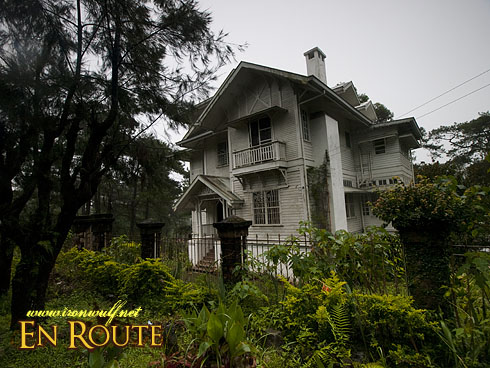 Overgrown foliages at the front of the fences and gates

When we went there, I asked the guards if there is any chance we could go inside the house just to take pictures since no one is living there after all this time despite being refurbished. But the guards said that the house is a private property and we can only take pictures as long as we’re behind the fences and the gates. I also learned that the owner of the house is the famous tycoon Lucio Tan which made it a lot interesting. I asked the guards if they experienced any paranormal activity, but they refused to comment on that. 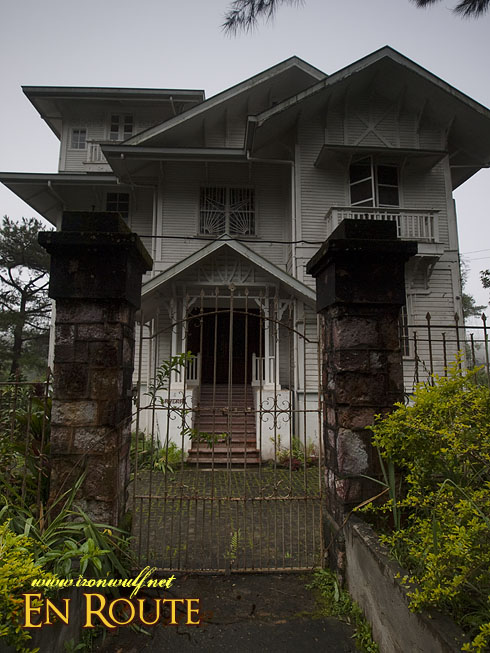 Personally when I approached the house, I felt something hostile and a feeling of being unwelcome. Angry eyes ever observant yet watchful coming from the doorway. I’m no psychic or clairvoyant so I leave my feelings and impressions to my hyperactive imagination. If there are spirits lurking there I’m not sure. But I heard the house has been a venue to some gatherings lately and the places has been blessed by the priest. I heard during the Christmas Season, the house is one of the most decorated houses there, making all those haunted tales disappear under the glimmering lights.