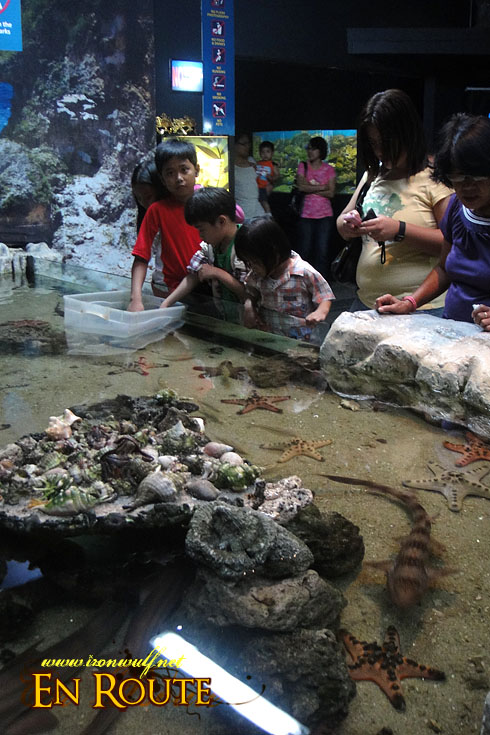 So how is everything in Manila Ocean Park after more than 1 year and a half since it opened? I remember being proud that we finally have a world class oceanarium here in Manila. I got a chance to visit the Park again just to be updated on the development of the place. Well, as I have seen so far, things have been going rather slow. 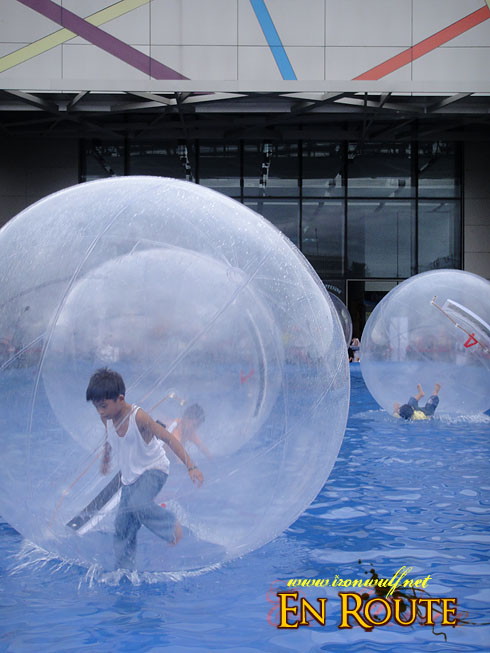 The Water Ball at the entrance of the park is a welcome addition. It does sure look fun and kids are certainly enjoying them. For 40 pesos, a kid can get into one of the giant inflated balls and just get wild on water. I do hope they have one soon for adults as well, now that would be exciting. 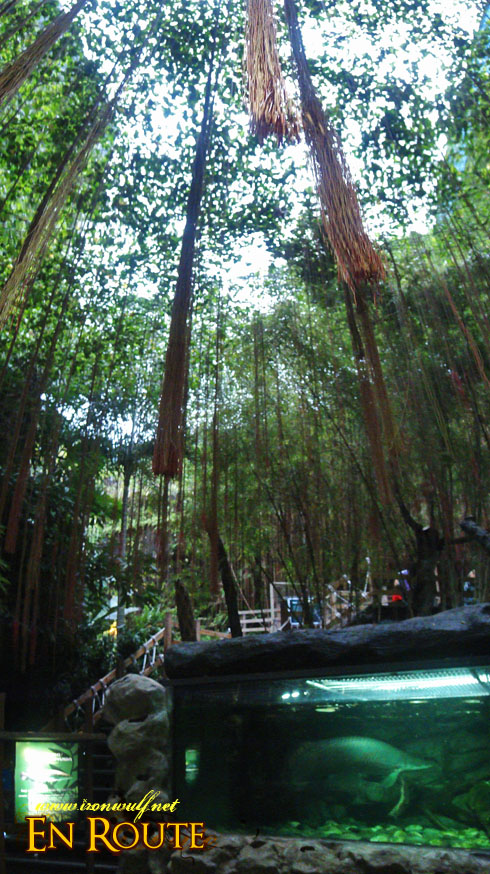 The Vine forest and Arapaima Aquarium

There was tiangge market at that time upon entering the park building. I’m not against tiangges or bargain markets but it could have been done better with customized booths. It’s a bit of an eyesore really but I guess it brings in the money. Another disappointment was the dome used to change colors, but now it’s not. I think they turned it off or were cutting cost on electricity. 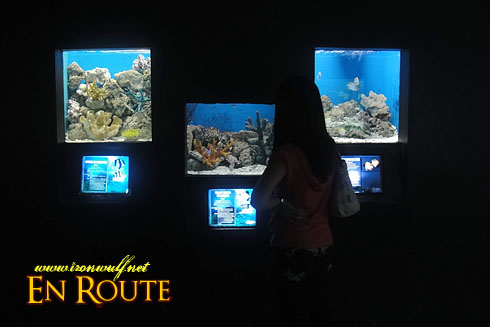 Anyways, we went inside the oceanarium. Prices remain the same at 400 per adult. You get a discount if you’re a senior or a Manila resident. Nothing much has changed thankfully. I did like how the tree vines grew long on the Amazon section where the arapaimas and piranhas were found. 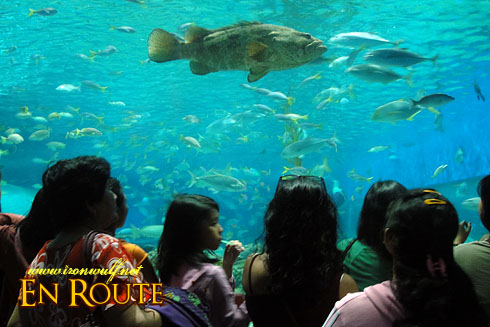 Up close the Living Ocean

The Bahura section remains the same with 1 or 2 aquariums changed. It’s nice to see that the Japanese Crab, the Lion Fishes, Eels and Clown Fishes are there. Then we go to the circular section before the Living Water tunnel. There are illuminated colored cubes at the center for sitting. The large circular screen projector overhead was not working at that time. 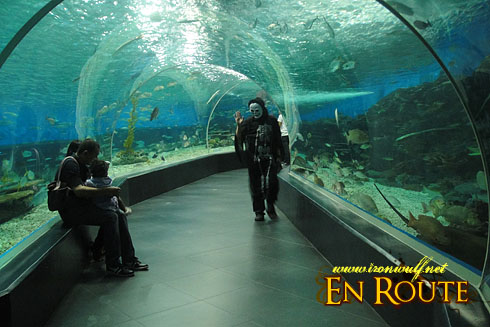 At the Living Ocean tunnel

The famous Living Ocean tunnel comes up next. It’s not as long as the one in Malaysia but its still nice going through the tunnel and seeing a number of ocean water creatures up close. I did notice the number of fishes has lessened and I recall there were more table corals there. I’m not sure if they did this on purpose for the mermaid shows but it does look hollower from the first time I saw it. 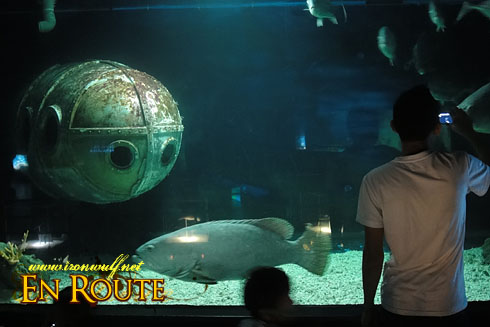 Past a small science activity section then up to the second floor is the Fish Spa. For 120, get your foot gently scalped by fishes that eat dead skin cells. I haven’t tried it yet but it seems those who are enjoying their time watching the fishes smoothen out their foot skin. 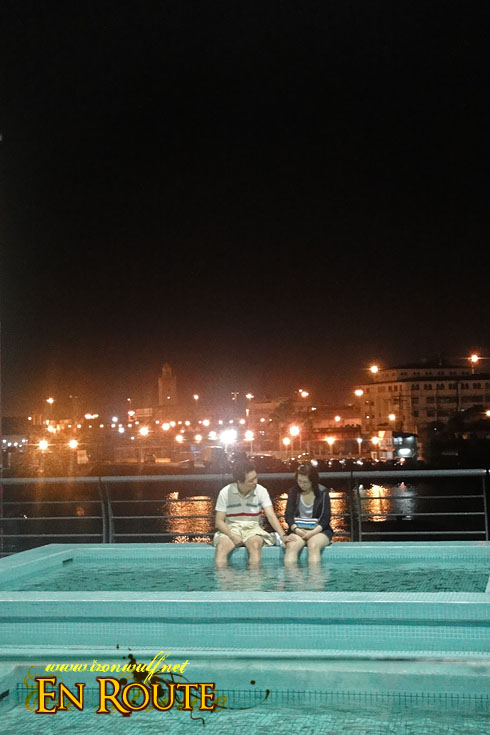 Another welcome addition in the park is the Makansutra Asian Food Museum. There were some bad reviews on its initial opening but they have refined their service and dishes now so it’s worth checking out. Here’s our account at happyfoodies.com sampling a few dishes at Makansutra. 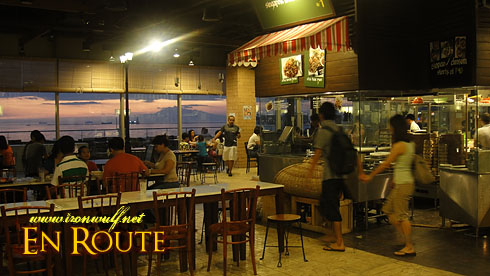 The Sunset Quay which is basically the mall part of the park isn’t complete yet but you could find there the separate Dancing Jellies Exhibit which is also worth checking out. As I said things have been going slow as there are still a lot being constructed and developed. When will it be done, I’m not sure. 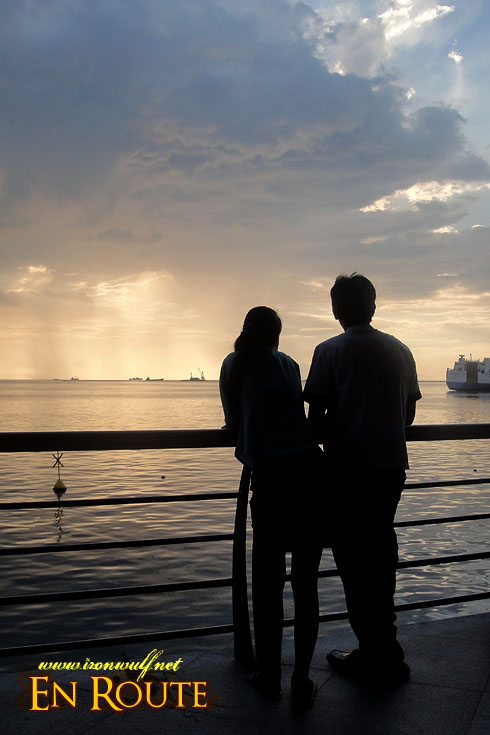 Waiting for the sunset at the Bay

Honestly, I’m a little disappointed on how the Manila Ocean Park has turned out. The construction was so slow, place seems to be deteriorating slowly as well but not drastically. But it’s not to say everything’s bad, the new activities like the Water Ball and additions like the Jelly Exhibit and Makansutra was great. But somehow things are not keeping up altogether. One consolation though it that the sunset at Manila Bay never fails to mesmerize. Just don’t look down under as the view of floating trash washed by the low tide can upset the mood. 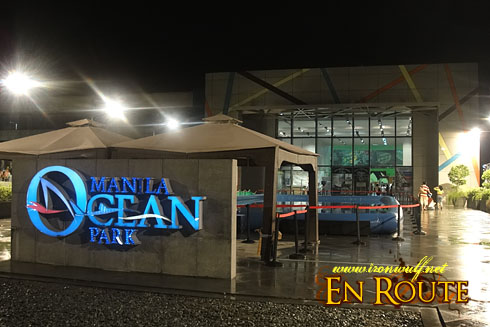 *All photos and video on this post were shot using the Sony Cybershot TX1. Get a chance to win your own TX1 by checking out the details here.