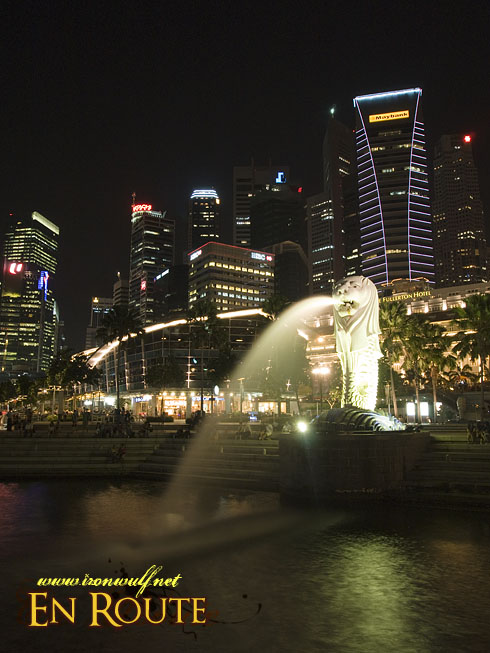 The Merlion with Singapore CBD at the back

Pardon my indulgence as I become a casual tourist on this post. I know there are probably thousands of Merlion photos in the web. It’s just that the first time I went to Singapore, I never got to see the Merlion Statue as it was hidden behind walls on its regular maintenance shower. The 2nd time around I was too busy to go there so it was only on my recent visit that I get to take photos of Marina Bay and Merlion Park with the Merlion there. 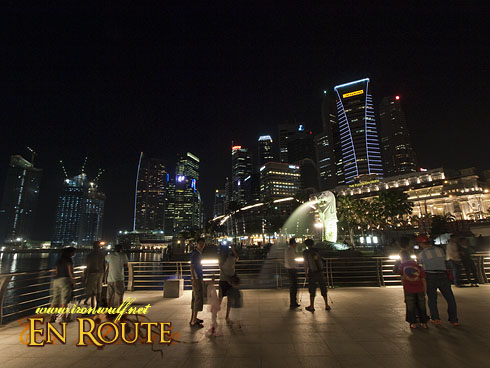 Coming from a sumptuous Chili Crab Dinner at No Signboard, we just crossed a bridge from Esplanade leading us to Merlion Park. As expected, there were tourist there taking photos of the Merlion. The Merlion has become an icon and landmark for Singapore. Interestingly, the country’s name also came from this half-lion, half-fish mythical creature called Singa-Laut. Also the name Merlion is a combination of two words “Mer” meaning sea and then “Lion” 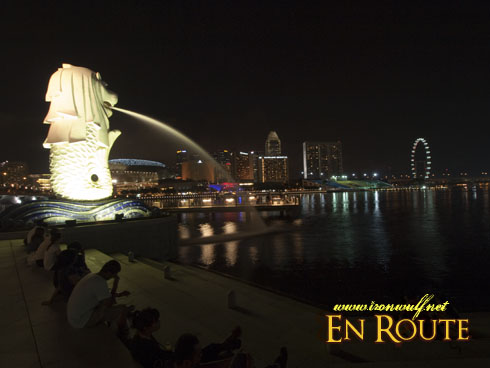 People enjoying the view of the Bay, Marina Center and the Singapore Flyer on the Horizon

The Merlion Statue has been around Singapore since 1972 but has moved since. Originally it was at the mouth of the Singapore River, but when the Esplanade Bridge was constructed, the view of the Merlion was also obstructed. So around 2002 they moved the Merlion now gloriously facing the Marina Bay. 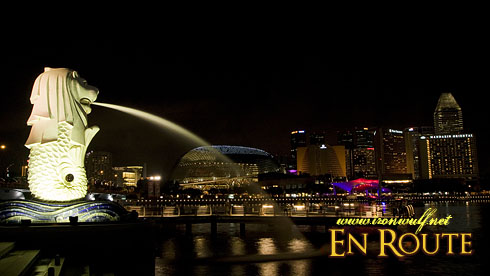 The Merlion Profile with the Marina Center and Esplanade

The Marina Bay is also an interesting area. Even if the Singapore River flows through, the Marina Bay is artificial. It was a man-made structure from reclaimed land. It was built to control floods and also as a large reservoir of drinking water. 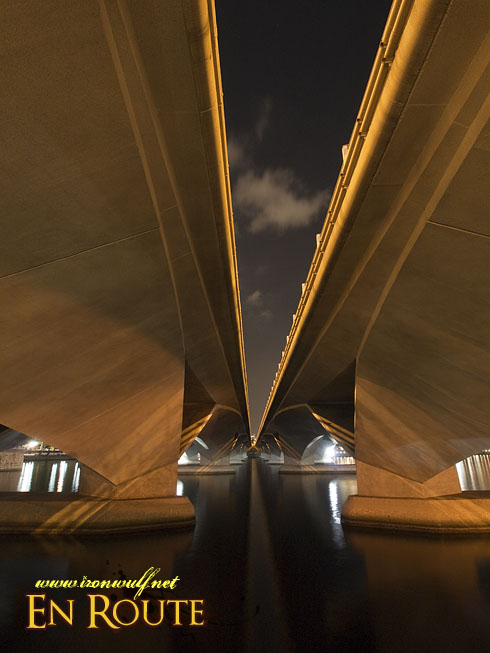 Under the Esplanade Bridge

There were so many developments and constructions going on when I was there. At that time three large buildings were being built at the bay and I heard from an architect working there that a resort would be placed at the top of these three buildings and connect them. It would also hold a casino which would definitely compete with the one in Sentosa, another popular resort. 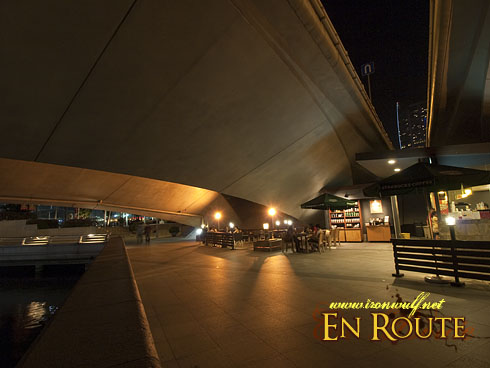 A Starucks under the bridge

So I finally had my share of photos of the Merlion and Marina Bay. While it’s really not the optimal light I think I like them for posterity. We left the park and headed under Esplanade Bridge to while away time. They have Starbucks there now. I remember there were different shops there before. But Singapore is always changing. In a few years time, no maybe in a few months, if ever I have a chance to go back, things may have changed again.