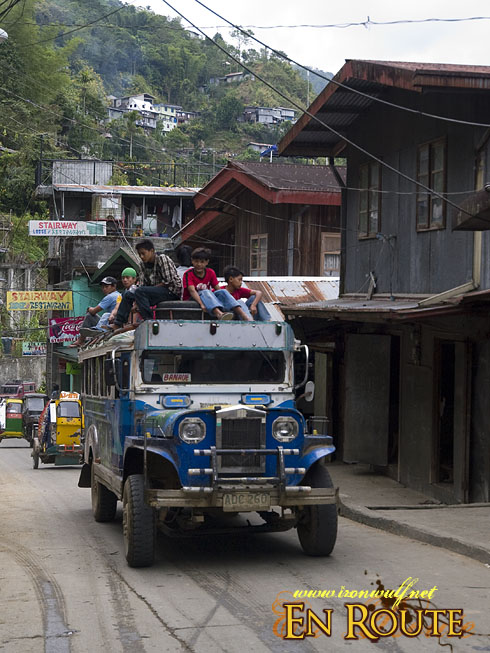 A Fully loaded Jeep in Banaue

Let me say this first, that this trip to Batad is already my 4th time and that says something. It’s one of those places that I don’t regret going back to. It’s both good and bad on my part. The good is, I get to see how the place have changed since the first time I went there and second is seeing how bad things may have changed since then. It’s my fourth time there but it’s going to be the first time I’ll be writing about here in length along with Banaue. 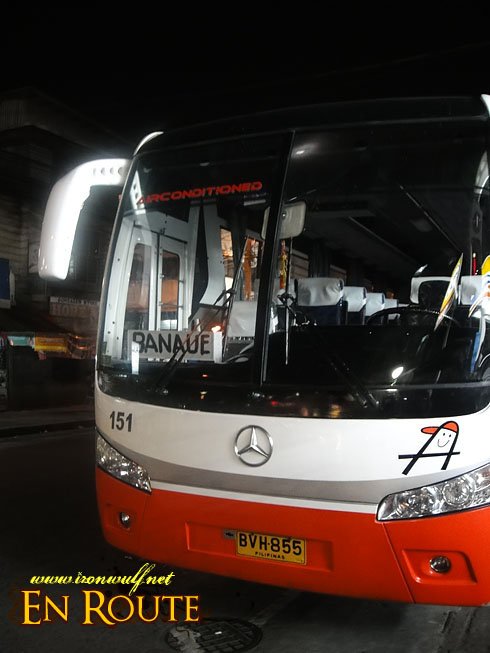 Our bus going to Banaue

From Manila, the only way to go to Batad is to go through Banaue first. And going to Banaue is through a long 9 hour bus ride. I know! Just the thought of that long hour drive may make some people cringe but it’s not as bad as it sounds really. Especially when the travel is at night and there are a couple of stops along the road. 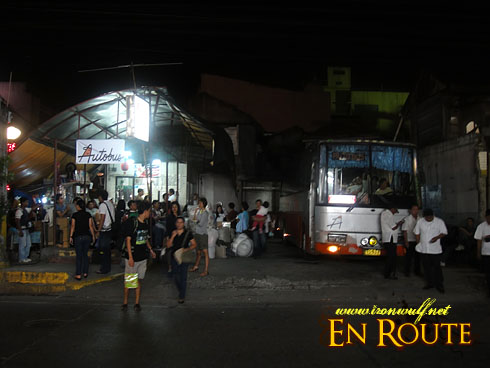 Autobus is one of the buses that operate the Manila – Banaue route. There is also the new one Florida Bus with newer buses with comfort rooms inside. Since I was accustomed to Autobus I took that one on this trip since I don’t know about Florida Bus until later. Autobus has moved several times already. Now thinking about it, it moved every time I would take a trip to Banaue. From their station beside UST (University of Sto Tomas) they are now across UST at the corner of Cayco St and S.H. Loyola. 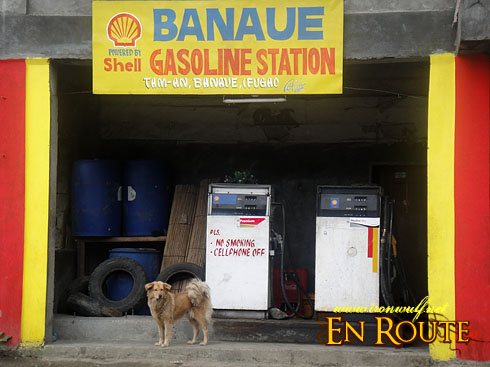 Arrival, a gas station in Banaue

Autobus also has a reputation to have rundown buses but it’s a good thing we got a newer one. Another thing is that they are an on-the-road-freezer. It can get really cold with the air-conditioning pumped up to the max so a good jacket or malong as a blanket is recommended. Our bus left at 10:30pm. There is usually only 1 bus going to Banaue daily but at during peak seasons they may increase their frequency twice or thrice a day. Florida Buses leave 10:45pm daily. 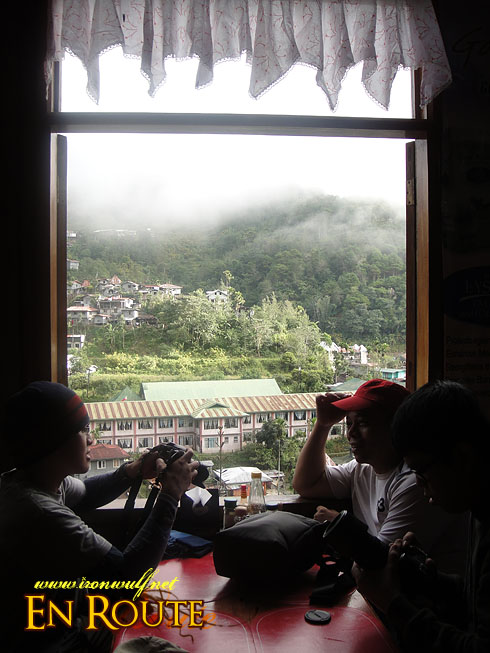 Fortunately, we didn’t have any break downs or flat tires on our way to Banaue. We had restroom breaks and a snack-stop on the way until we reached Banaue by 7:30am. Our first priority was to reserve tickets back which we could do when we arrive there. Since there are only one trip back to Manila from Autobus (6:30pm) and Florida (8:30pm), there are huge chances the buses will easily be full. 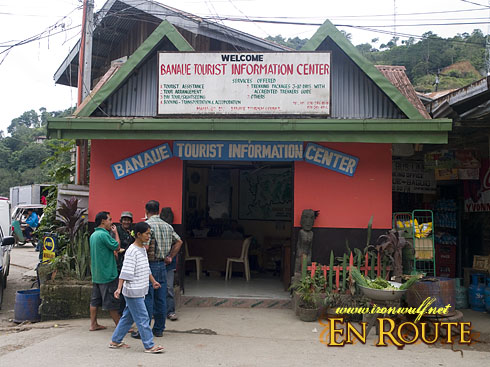 We decided to walk down town to get a feel of the place. There are tricycles or jeeps offering to take you to town but it is easy to just walk since the road descends to the town center. There are many choices there for breakfast but the views and ambiance at Greenview Lodge and Restaurant appealed to us. We were also able to meet this nice Korean Family who shared a Van with us going to the saddle. 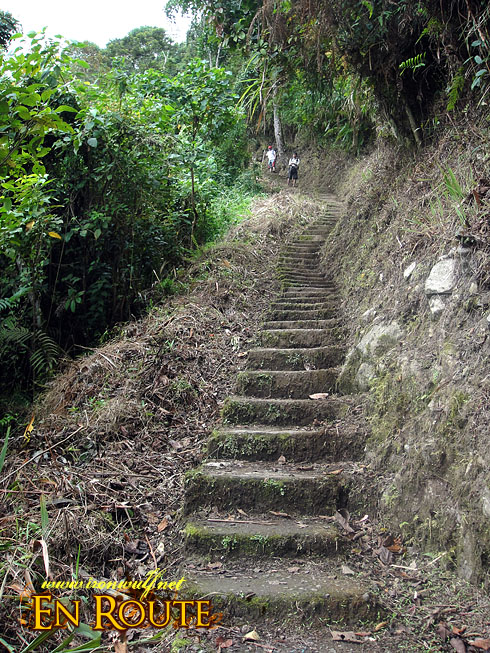 The steep stair shortcut from the saddle

The Saddle is the jump-off point going to Batad and is about 12km of rough road from Banaue town proper. The only way to get there is via a jeep or a van. Trykes can get you to the junction where the road splits to Batad Saddle on the left and Bangaan on the right. But you have to hike at least an hour going to the saddle. I did this ascending hike first time I went there and it can be tiring. Now the jeeps and vans can take people up to the saddle which saves a lot of time. 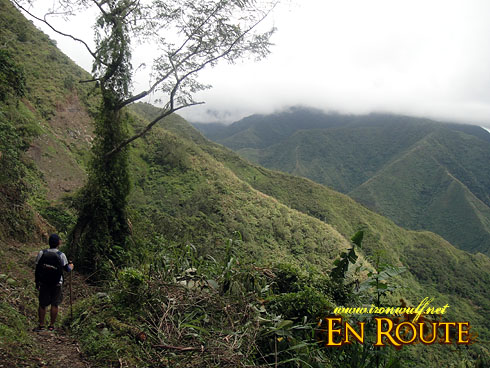 The trek to Batad

One problem here is there is only one public jeep that leaves at 3pm in the afternoon. It’s almost always full since the locals use it. The best option is to hire a jeep or a van. Hiring a whole jeep going to the saddle is around Php 1200. It’s much better if you could find some people to join in the ride and share the cost. Much like we did with the Korean family we shared a Van with. For the best rates and to avoid being ripped-off, head to the Banaue Tourism Information Center at the center of the town. They have standard rates and they will find jeeps for you. The ride would take at least an hour or more depending on the road conditions. Expect it to be rough and tough. Dong Ho has a good account of the travel. 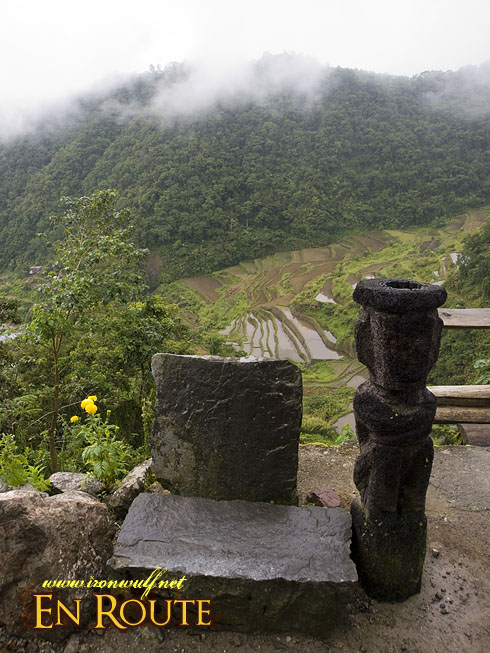 At one of the stops during the trek to Batad

From the Saddle, it’s at least an hour’s moderate hike descending the mountains and a lot of twist and turns to reach Batad Terraces hidden behind the mountains. From the saddle there are two paths. The left is a shortcut of steep stairs, best taken when going down but prepare to have jiggly legs after. To the right is a longer path but safer and has moderate descent. Best taken when going back to the saddle. 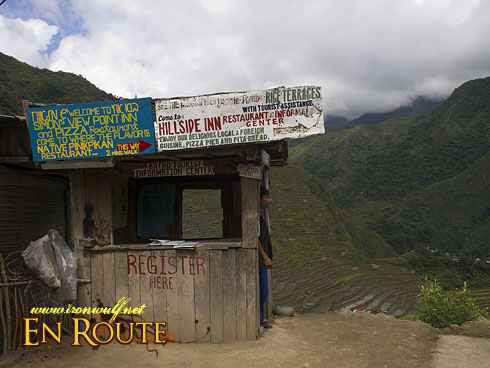 Once we saw the registration booth, we know we’re already in Batad proper. Everyone is encouraged to register and give a little donation. Near the registration area, there are already a few lodgings to choose from. Most of them are spartan accommodations with communal bathrooms. I’ve tried both Hillside Inn and Simon’s Inn before. They are both okay but I think Simon’s has the cleaner restroom and bathroom. The food at Simon’s is nothing special though so I suggest trying out the eateries outside if you have the energy. 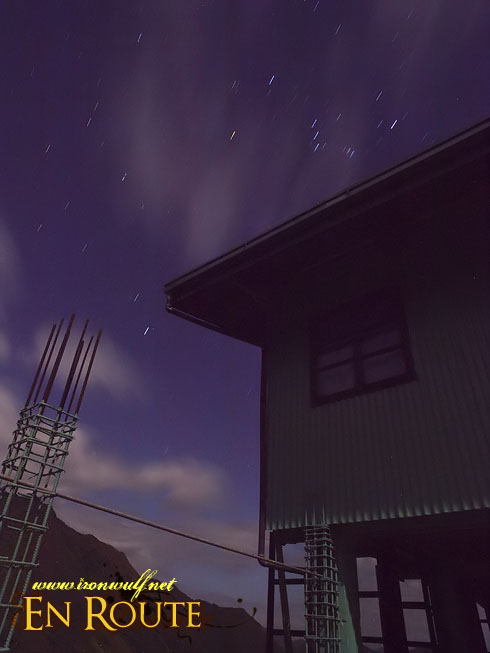 So we stayed at Simon’s Inn for a night there. It was bright despite the half moon outside that night allowing us to capture some night scenes much like Lagalog’s capture. We’re now at Batad. It’s a long and tiring road but is really worth it as you’ll see.

—
Join the Backpack Photography Workshops at Banaue, Batanes and Palawan!