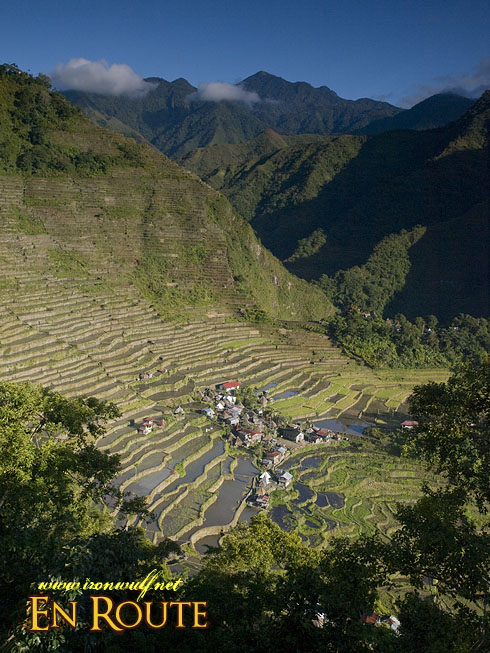 If there is one thing in the Philippines I could say I am proud of, that would be the Rice Terraces in the Ifugao Mountains. This marvel of an architectural and cultural landscape was built by our ancestors more than 2000 years ago. Other countries have terraces as well but none can compare to the height, steepness and intricacy. Even the steps of these terraces when combined end-to-end can encircle half the globe. Truly a deserving site to be included in UNESCO’s World Heritage Lists. 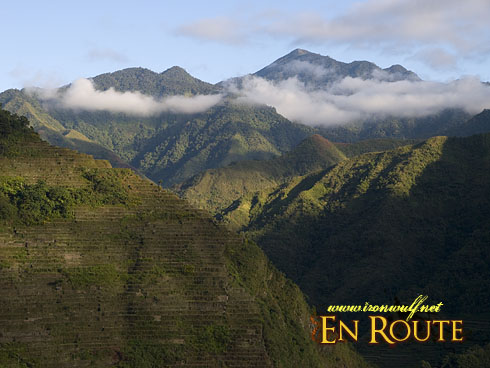 The UNESCO’s World Heritage Site covers not only one place but several terraces in Banaue. The one in Banaue proper is more expansive and easily accessible. But if you ask me, the most breathtaking among the rice terraces is the one in Batad. After a 12km rough road trip and an hour hike from the saddle, we were already basking at the magnificent site of the Batad Rice Terraces carved on a steep side of a mountain embraced by the other mountains as if protecting it. 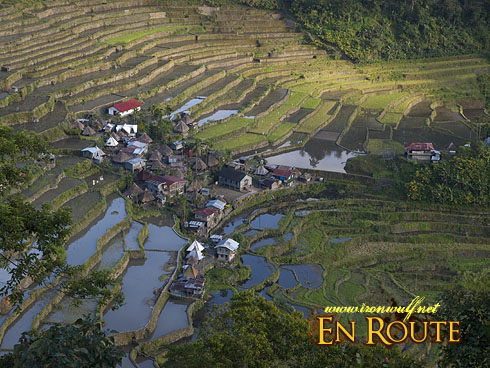 The village at the center of the terraces

The Batad Rice Terraces are carved along the steep side of a mountain looking more like a giant amphitheater. But in this case, the main show is the terraces itself. It is said that the height of this terrace is higher and older than the coliseum of Rome. It’s the 4th time I’ve seen the Batad terraces and it never fails to amaze me anytime or whatever season it is. 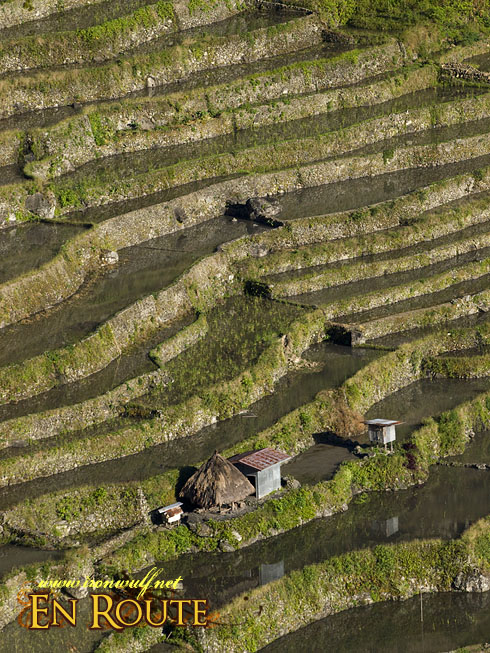 The Stone-walled terraces of Batad

Just the thought of our ancestors building each of these terraces by hand already fills me with wonder. Even designing the irrigation system with water coming from the rainforest down to the fields and the stone-walled terraces withstanding erosion even after 2000 years is just genius. 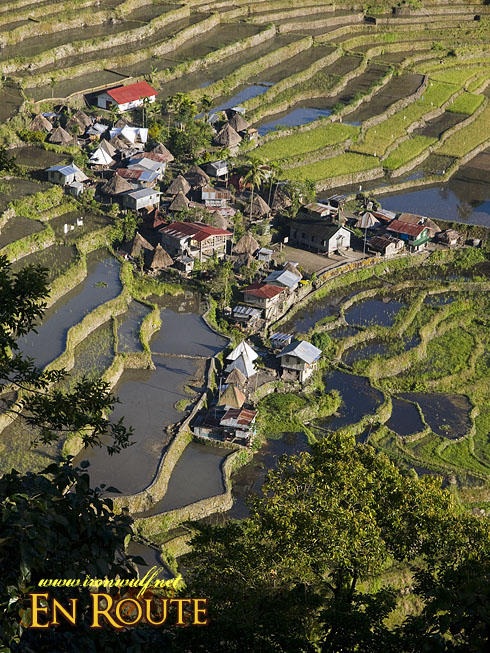 A closer look of at the Batad Village

But not all is well in this side of the mountains. I remember the first time I went here, there was still no electricity. The third time, I learned electric lines are being installed and they have partial electricity coursing through. Now electricity runs for 24 hours. I have nothing against the locals wishing to improve the quality of their lives but it somehow changed the place. There was a moment I was enjoying the scenery but got distracted when I heard sounds coming from a crazy TV game show. 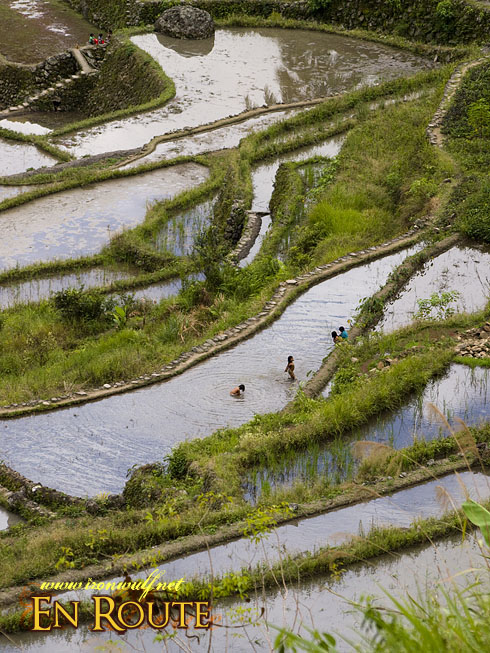 Local Kids playing at the terrace

The old tradition of building these terraces and farming will soon dissipate as the younger Ifugaos are embracing the modern life. The younger generations would prefer other professions than being a farmer. Then again we can’t blame them.

But all is not lost though, BETGA (Batad Environmental Tourism Guides Association) are making tourism as one of the sources of income to preserve the rice terraces of Batad. I also noticed that the kids here seem to have been educated already. Unlike before, the kids are so accustomed to begging alms to tourist that pass by. Also last 2009, the Ifugao rice Terraces has been declared as an Organic Farm, free from GMO (Genetically Modified Organisms). 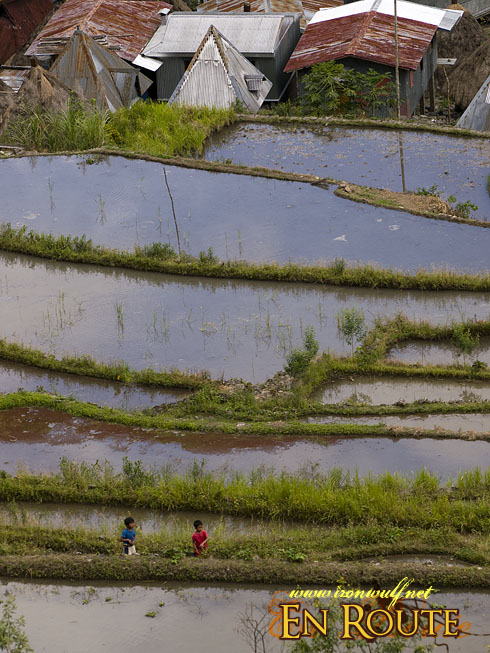 The kids, the terraces and the houses

I still think the seclusion of the Batad is a blessing as it helps to keep it from becoming too developed. I really don’t mind the electricity now since it does add a little convenience to the townsfolk there. I just really hope they extend their efforts in preserving this wonder. The terraces of Ifugao are also listed under the endangered sites under UNESCO. If it continues to deteriorate, it will be stripped off from the list.