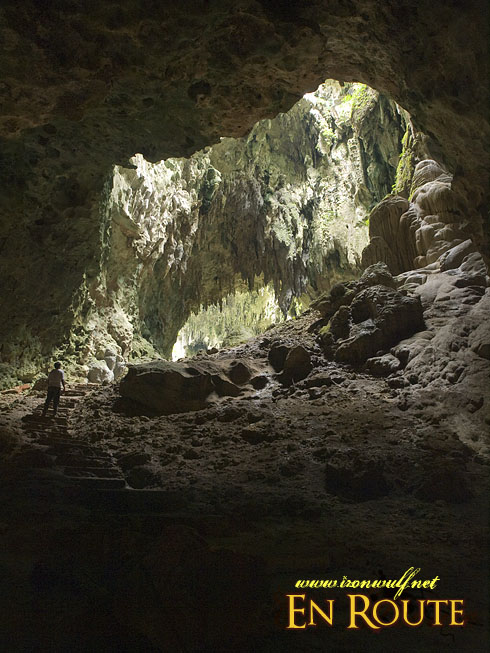 It’s the time we get down and dirty, for caving that is. We now visit Penablanca after at least an hour’s drive from Basilica Minore of Our Lady of Piat. Penablanca is the caving capital of Cagayan Valley. With more than 300 caves in the vicinity, 75 documented and more than 30 being mapped, it’s a spelunker’s haven. Out of the many caves, there are only 2 caves which tourist are allowed to visit for safety and preservation reasons. These are the Callao and Sierra Cave. 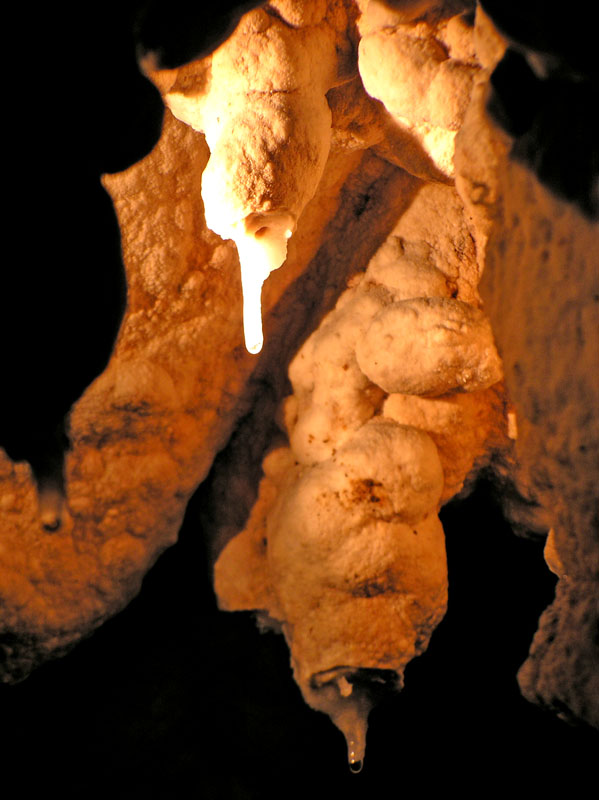 Our group was split into half at the registration area of Callao Cave. Half of the group was bound for Sierra while the other half is for Callao Cave. I wasn’t feeling to gutsy at that time and just decided to go to Callao again though I really like the formations more at Sierra Cave. These two caves are Yin and Yang, light and dark, up and down yet evenly fascinating with their own unique Speleothems or commonly known as cave formations two which we commonly known as stalagmites and stalactites.

Just a caving brief, stalagmites are cave formations growing from the floor while the stalactites reach down from the ceiling. It’s easy to remember the phrase “Stalactites hang tight, stalagmites grow might” to differentiate the two. And when these two meet they form columns. Aside from these two there are other atypical formations. 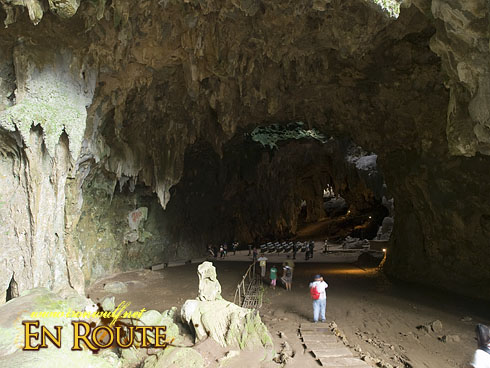 The subterranean Sierra Cave holds lots of these atypical speleothems inside its pitch black environ. It’s a protected cave with gates locked at its entrance to avoid unauthorized people coming in. The cave also has narrow passages that we really have to go on all fours to get though which also makes it more exciting. It’s a rewarding journey just discovering how alive this cave is during my last visit years ago. We saw straws which are foundations of speleothems. Then there are the unique formations dogtooth curtains, dripstone draperies and fossils of marine life. There also this famous low-narrow passage known as “Celica’s Passage” named after the daughter of Sierra Madre Outdoor Club founder, Richard Guzman playing hide and seek there. 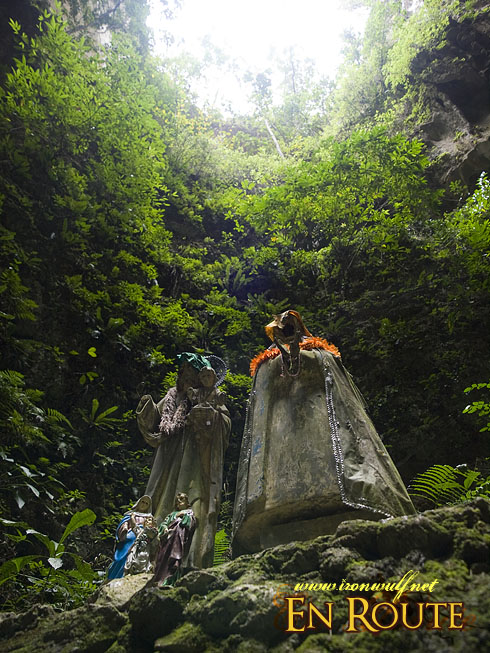 Just a few meters away, the more accessible Callao Cave is only a 187-step climb. They have guides now and reliable at that with snippets of information here and there. On a turn on the stairs I felt the cool air coming from the 7 hollow chambers of this huge cave. Going through its depths also reminded me why I didn’t bring my ultra-wide-angle lens with me at that time. The skylights on 5 chambers were just too dramatic not to take pictures of. The cathedral on the first skylight chamber has a rock-hewn altar where special masses are held. New here is the rappelling activity just over the cave mouth. 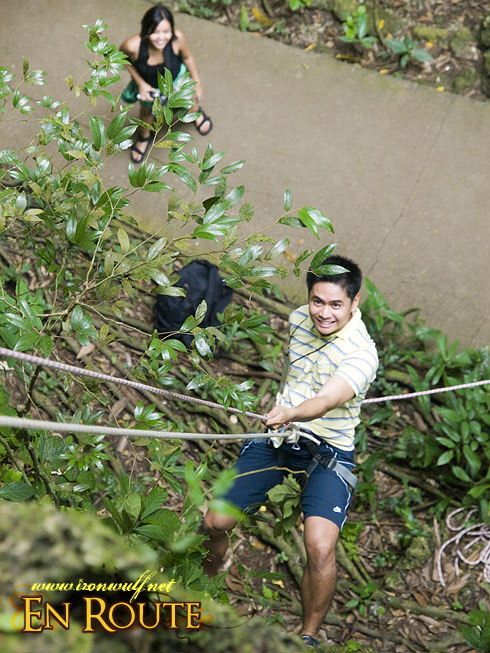 Our Official Photographer Bong rappeling down

The group rejoined for lunch across Pinacanauan River. We were greeted with a special festival dance from the Penablanca Street Dancers. They pride themselves the winner for last year’s Street Dancing Competition. And it was an amusing performance. Their costumes and movements were mimicking motions of a free reign chicken playing on a dusty ground. 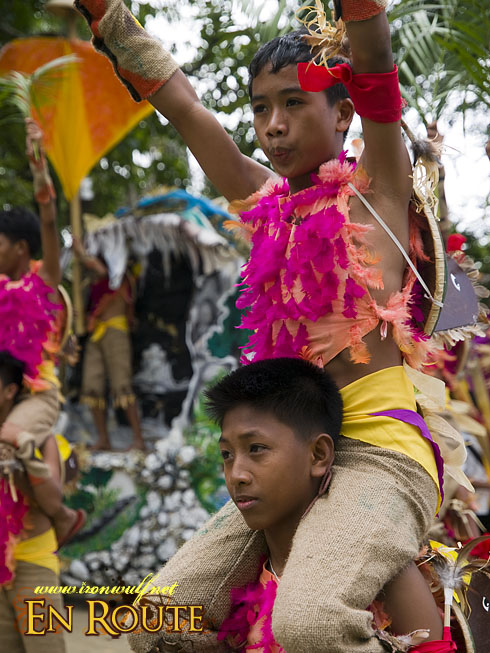 It was on to the river adventure after lunch. We met Anton Carag’s Adventure and Expeditions Inc Group just lazing by a small stretch of sand near the river with Kayaks lying on the shore waiting to be paddled. Last time I was here I was working and didn’t have much time to enjoy it so I took a kayak and paddled through Pinacanauan River. 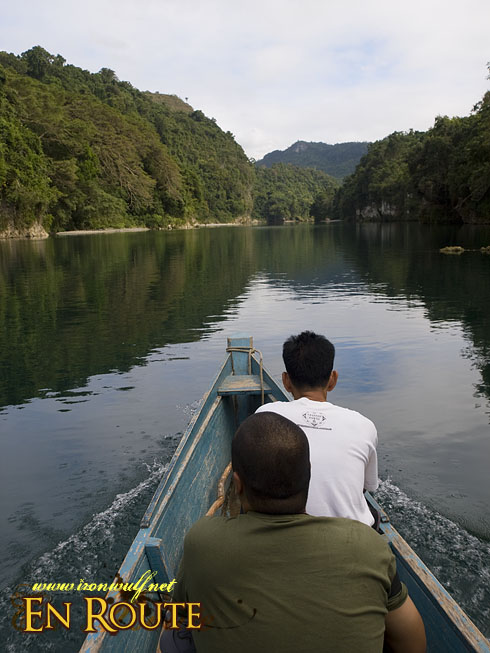 Pinacanauan River is a tributary of the larger Cagayan River. It’s also the main river where locals ply heading to their homes up river. On the part from the Callao Cave and the eternal showers or Mororan and that small area just above the bat cave, the river is like a motionless crystal clearjade. It’s one of the cleanest rivers I have seen. 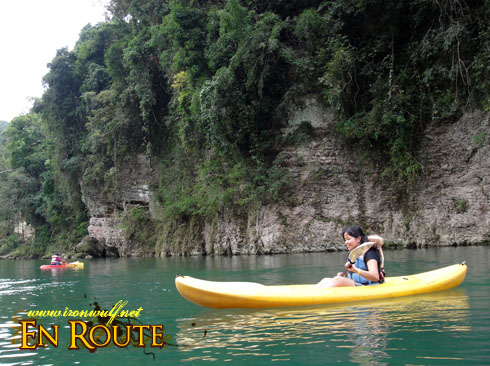 The first day of a trip in a group of with strangers is the getting to know you stage. It’s when you try to get a feel of your companions whether you get along with them or not. And while waiting for the bats to go circadian that afternoon, everyone is to that usual conversation about their work and fields. On that sandy riverside, in between bites of Labster, Tempura or Yema, there were exchanges of “From what media are you?” “Oh I work for…”. The Bats didn’t come out because of the drizzle. But the little talks did go a long way to get us a bit comfortable with each other. 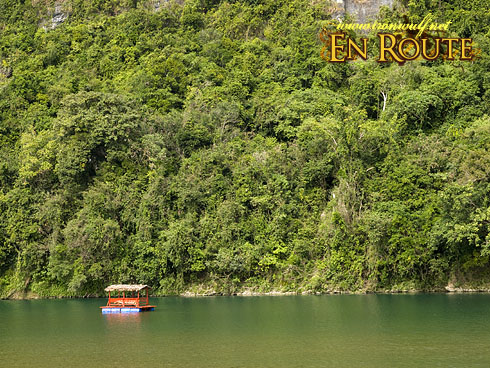 We got back to the city and went to our respective hotels. Hotel Kimikarlai was my gracious host along with Cebu Smile Representative Monica. We each got our separate suite rooms and boy was it spacious. I swear I could do ten or more cartwheels from end to end of the room. There is wifi available but I have to move around the room to catch it. I heard 2nd floor has better reception. 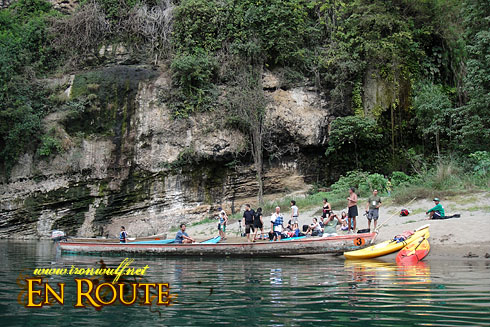 Waiting for the Circadian flight of bats

I remember during the dinner and presentations I was asked to give my impressions of Cagayan Valley. I said it’s nice to be back here to see how things have changed for the better. There is something here for everyone whether it is food, adventure or history. I know I’ll be back someday since there are more to discover in this region. 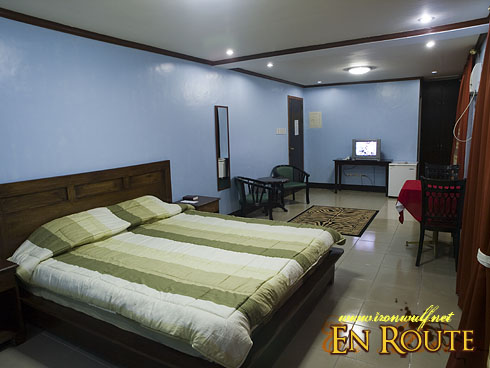 My room at Hotel Kimikarlai