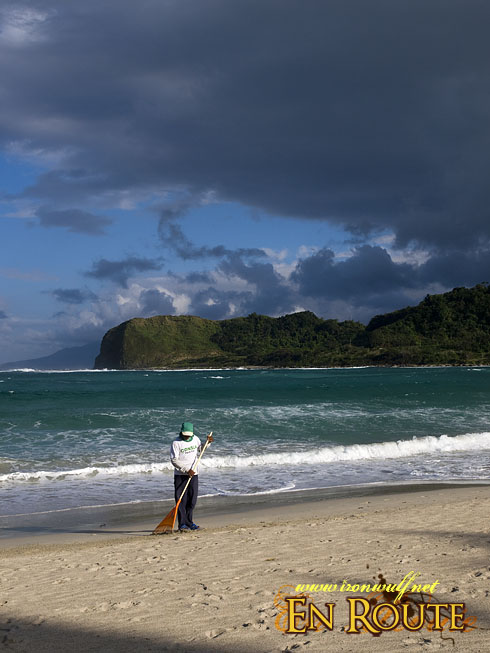 From our last church stop in Cagayan Valley, it was a smooth ride going along the coastline heading to Ilocos Norte. It did help that we had a police escort vehicle on our way there but even with that we were behind schedule already. There were unexpected long stops and even the pull of local food was hard to resist further delaying us. Its Filipino hospitality at its best, it’s just hard to leave. 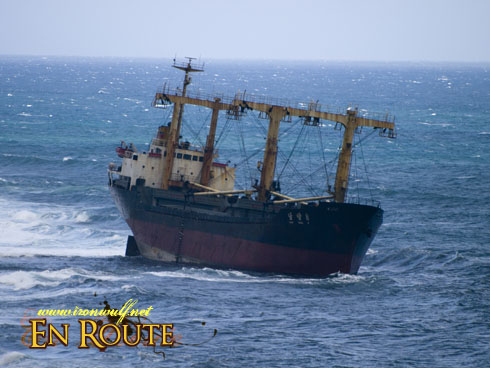 A Korean Ship stuck on the coast near Patapat bridge

We made a brief restroom stop at the windy Agua Grande where the river rushes to the sea. We moved then to Patapat Bridge where we saw this large Korean ship still stuck on the coast. It’s been there since December and it’s an Oil Spill waiting to happen. I wonder why the government isn’t doing anything to remove it. 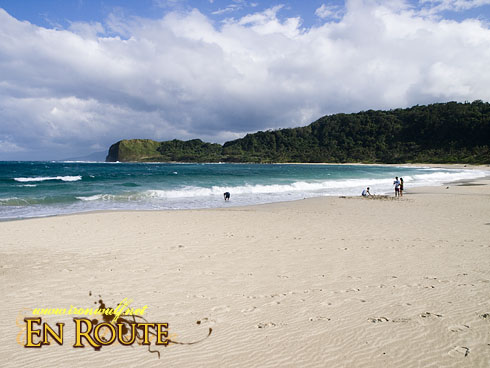 The inviting beach of Maira-ira

From the few times I’ve been up this road, it has always been a delight to ride up and see the scene unfolds. I distinctly heard the collective “Wow” when we saw the vibrant colours of Blue Lagoon or Maira-ira beach from our bus window. We made our way down road near the beach and went to our lunch host, Hannah’s Beach Resort. 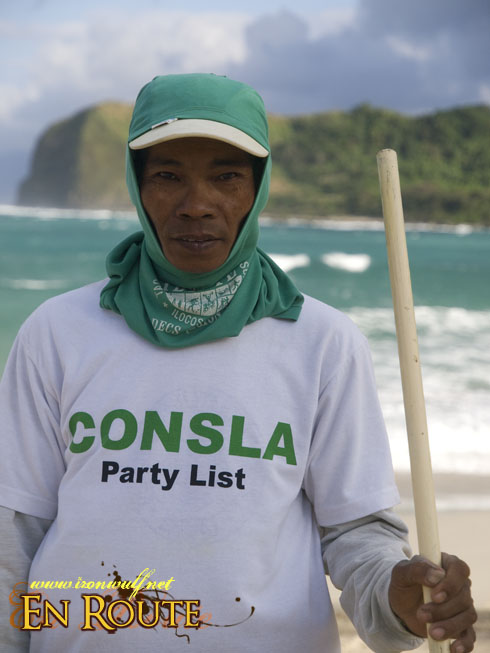 A Sand sweeper at Blue Lagoon

When I last visited this place, Hannah’s wasn’t there. While I appreciate the sumptuous lobsters and other items on our lunch, I didn’t like the place that much. Yes it’s pretty high-end in terms of facilities, but the way it was built looks more like a low-cost housing project. They should go with a tropical design and add more trees and plants in the area. After the late lunch, we also said goodbye to our reliable escorts and host from Cagayan Valley here. 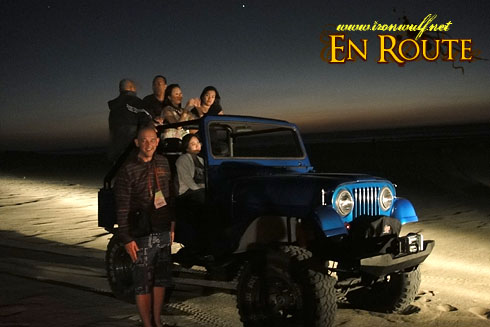 Night at the Sand Dunes of Paoay

Maira-ira beach really looked inviting at that time but we have to move on again. We did some quick shots then ran back to the bus for another 2 hours ride to Laoag and Paoay. Our next activity was at the sand dunes but it was already dark when we came at Paoay Sand Dunes. But we did get a taste of what to expect for tomorrow since the operators agreed to do another run of activities early morning. 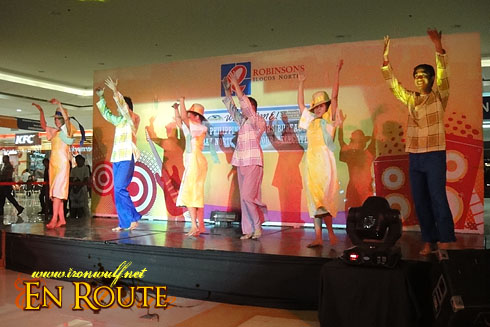 We got into some Ilocano culture when we came to our Robinsons Laoag stop. We were treated with Ilocano Song and Dance numbers from school dance groups. I was expecting it to bore me but was surprised that these guys were actually good. Their movements were elegant, graceful and precise. 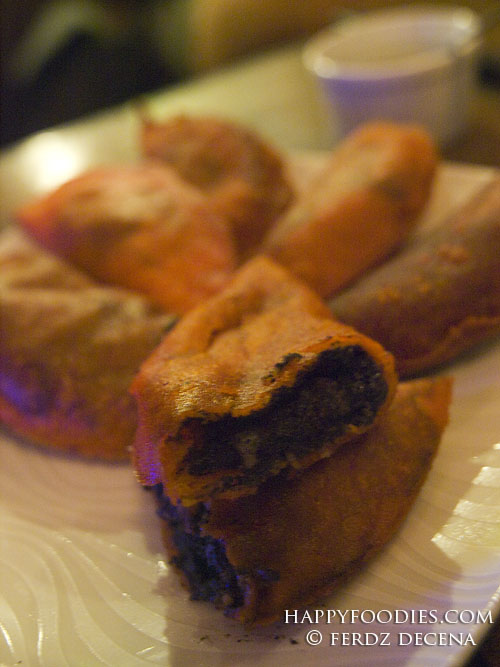 Our dinner was hosted by Saramsam Restaurant in Laoag. It’s a restaurant known for Ilocano Fusion food like the Dinardaraan Empanada which has a dinuguuan in its empanada crust. Poque-poque Pizza is also their specialty which is topped with poque-poque, an Ilocano eggplant. It was also here when the group broke the ice with some KTV fun to end the day.