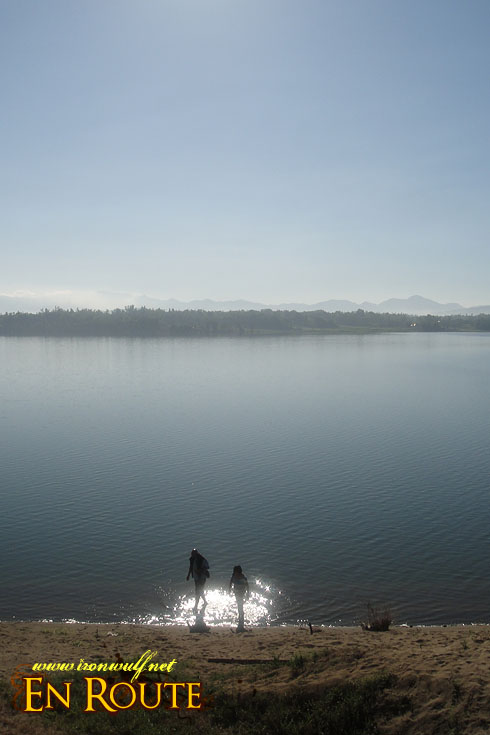 It’s time to slow down after an adrenaline filled morning with the 4X4 thrill ride and sandboarding at Paoay Sand Dunes. As we head back, we stopped by the glimmering Paoay Lake. Again it’s a place I’ve been to several times but it must be the time and the lighting because I have never seen the lake as tranquil as this. 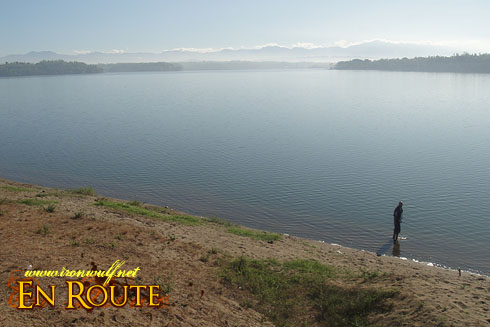 A missing town was said to be submerged at Paoay Lake

Legend has it that a town and a mountain used to be in place where Paoay Lake is now. It was during the Spanish regime when a strong tropical storm ravaged the town. Shortly, an earthquake followed eating up the mountain and three towns in Ilocos Norte. The area spewed meters high of water to what is now known as “Paoay Lake”. Some locals still believe that the “missing town” is still under the lake. 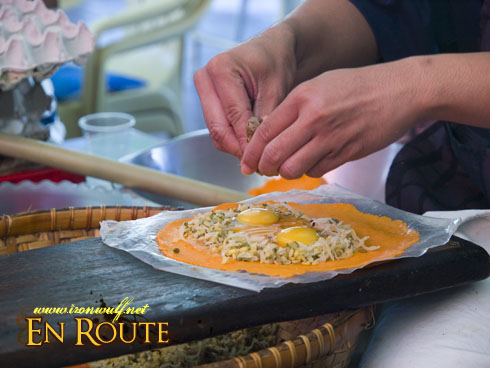 Being in Paoay, we made a quick stop at the UNESCO world heritage site of San Agustin Church or popularly known as Paoay Church. Famished after the morning’s activity, everyone was excited for Ilocos Empanada. There were a few varieties on order, like for a big appetite; a double order would have twice the egg and langonisa inside the flour crust with grinded green papaya and beansprouts. 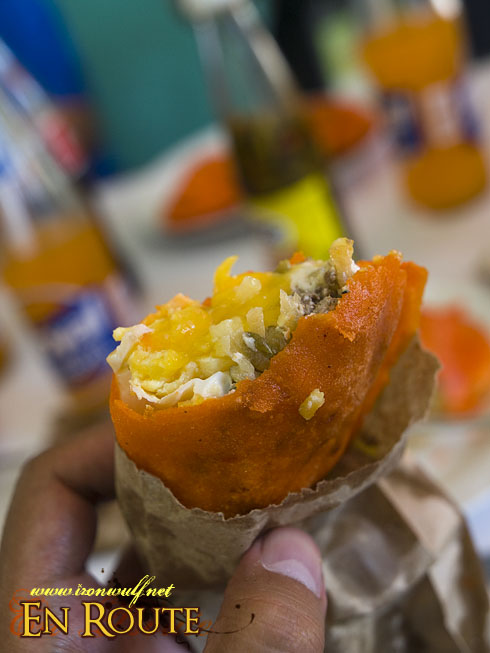 Contemplating on the origin of the Empanada while eating

While munching on this heavy protein meal, we wondered why the Batac Empanada is made as is during the Spanish times. We know that it is heavily influenced by Mexican Tacos and that originally there were neither eggs nor langonisa then. But what is the origin of the empanada? Now this is only a speculation since it is known that a lot of Ilocano foods were made out of necessity. The Empanada is a perfect food for workers to take while building those churches which would explain its size, portability and heavy protein content. 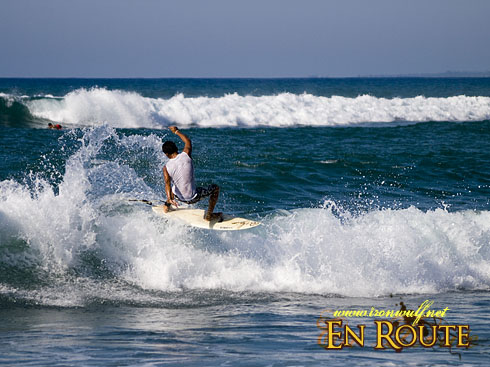 It’s good we got ourselves stuffed real well since it’s a long way from Laoag to La Union. It was a pretty straight forward ride except that most people got hook watching Liam Neeson’s Taken it took a while for everyone to alight the bus. Late lunch was at the open air resto of San Juan Surf Resort. After the formalities the group went ahead the surf clinic headed by none other than Luke Landrigan. 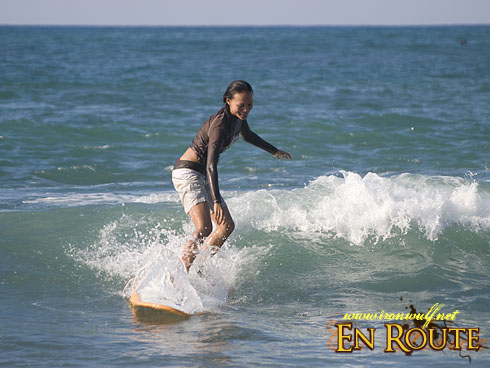 I’ve always wanted to try surfing but after taking a few photos there I went back to the resto and leeched on the wifi. It sucks to work at that time but I have a deadline looming ahead and had to finish an article. So instead of surfing at the beach I was surfing on my computer checking references. By 5pm we were on our way again En Route to Baguio. We made sure we were dressed for the cold. 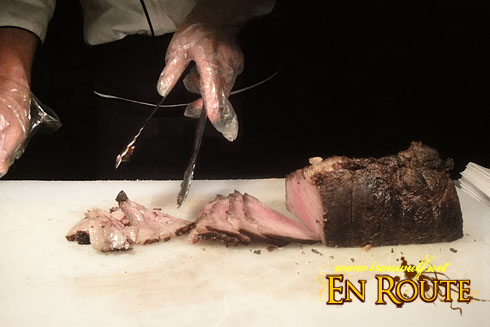 It was 12.5 degrees centigrade when we got to Baguio. We headed to The Manor and were led to its garden where we would be having dinner. It was a beautiful garden. Everything was just elegant that night and Chef Billy King prepared a sumptuous buffet for us. It was also great to see familiar faces there that also took care of me last time I was there. 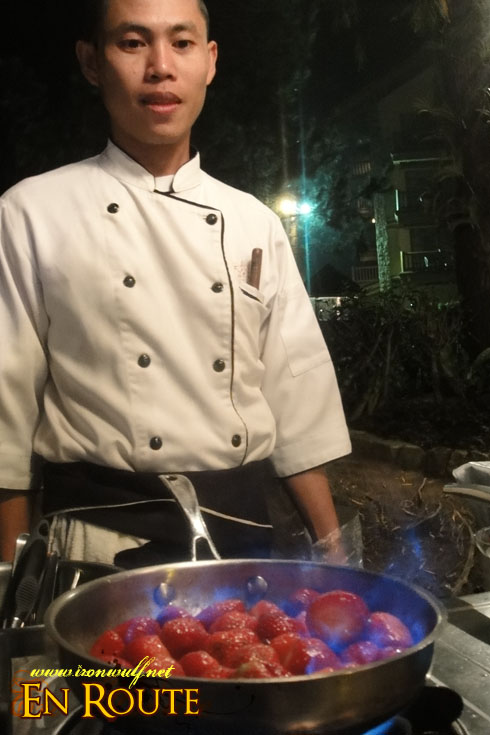 We enjoyed dinner while finding the deeper meaning of Flambé Strawberry when what we really liked was a cup of vanilla ice cream topped with strawberry flambé. And how leftover plates seem to disappear instantly without us noticing on the table. The waiters there are so efficient. We got warm on the bonfire and soon were transported to our own hotels. As usual, it was already late when we got to our designated hotels. For us it was Microtel Baguio which is real fine because I love their beds. But I had to burn a few hours finishing my story for a deadline before I went off to dreamland.