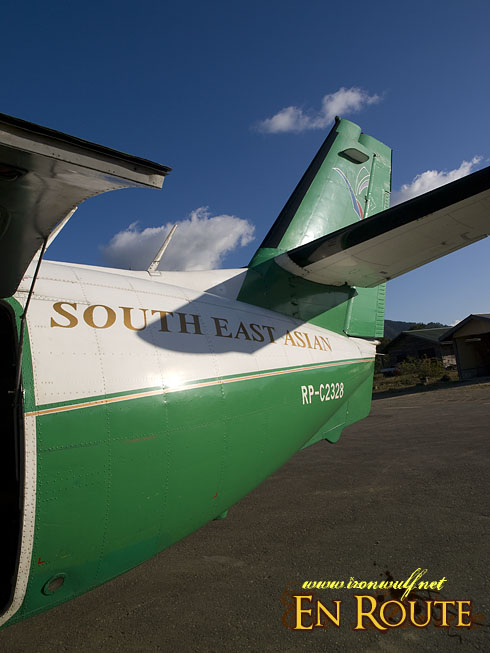 El Nido Palawan seems so far away. An elusive paradise tucked at the north western side of Palawan. It’s one of my local dream destinations so when I was given the chance to go there I didn’t pass the opportunity. South East Asian Airlines (Seair) is one of the two airlines (the other being Island Transvoyager Inc’s (ITI) using their 19-seater Dornier 228) who operate the Manila to El Nido route. Last week 24th of February, we flew Seair’s 19-seater LET-410 plane en route to El Nido Palawan. 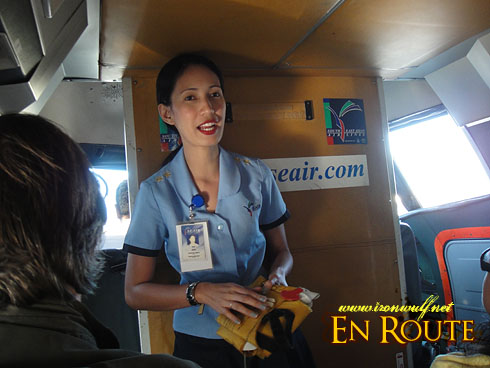 I had no problems flying small planes like the LET-410. Aside from the slightly annoying weighing of oneself with the carry on baggage at check-in, I’ve flown it several times and didn’t encounter any problem. Except on this one when I had a cold so the pressure in my ears were painful, leaving me half-deaf when we landed. I didn’t get that problem though on our flight back to Manila. 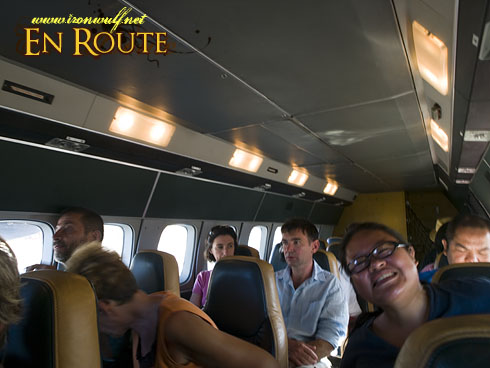 The stewardess gave us a few bite-size choco chews to munch on during the flight. The flight took 1 hour and 20 minutes from Manila to El Nido where in we landed on a dirt road at El Nido Lio Airport. That’s the advantage of small planes like the LET-410 and Dornier 228 as they can safely land and take off from this kind of airport. 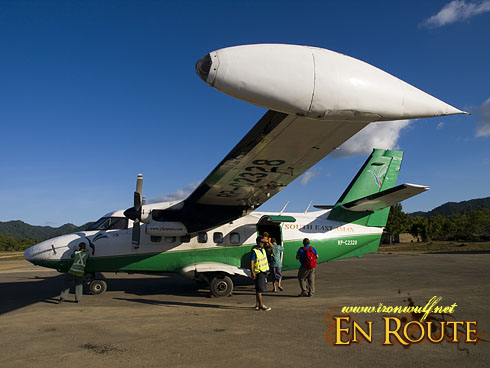 At the dirt road at El Nido Airport

I actually like El Nido Lio Airport. It’s already scenic with the towering lime stones hugging El Nido seen at the distance. There was a welcome performance for arrivals and we were led to these huge cottages serving as arrival and departure areas. Food and drinks were served there which is very convenient. And where else can you find an airport with a hammock. I spent time dozing off there waiting for the plane to arrive on our departure. 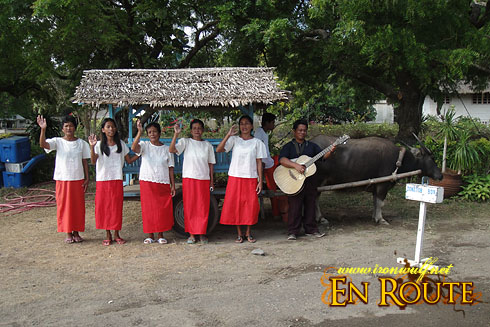 Welcome serenaders at the airport

We also have to wait for the planes to depart before we could go out of the airport. Once clear, they would let the tricycles in. Tricycles to the El Nido town cost Php100 per person and ideally, a tricycle fits 2 persons with baggage. 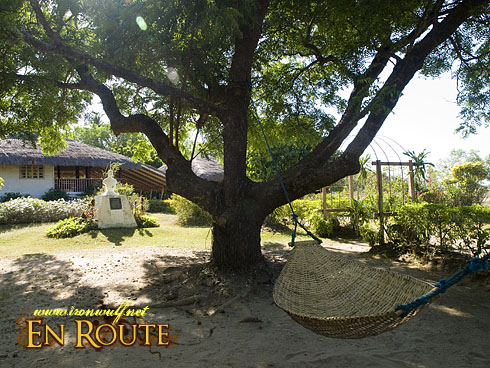 Big thanks to Seair for sponsoring our flight to El Nido and back to Manila. It was a big help and convenient since it’s a direct flight. From here on the rest of the expenses for staying in El Nido will come from our own pockets. 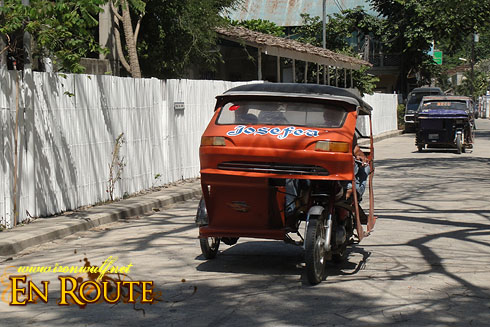 Seair has flights twice a week to El Nido. By April 14, flights will be every Wednesday, Sunday and Monday. This schedule will only be until June 30, 2010. Round trip flights cost approximately Php 11,500.