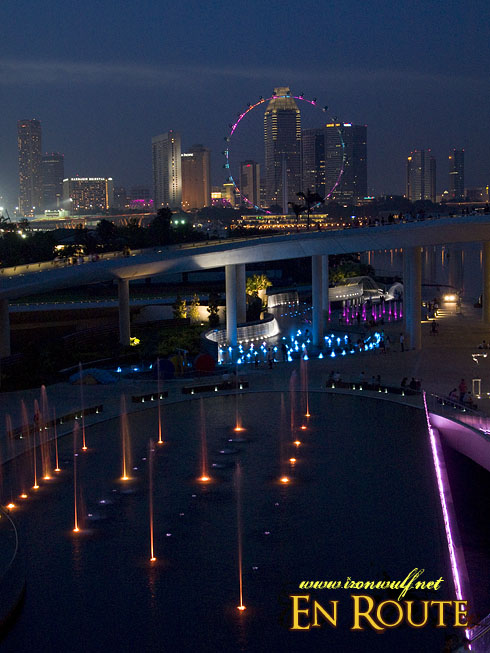 Singapore is flooded. I think it was almost waist deep. I could see some old cars toppled on the streets and people carrying their belongings above the water. I would have believed if this scene was taken in the Philippines a few months back but that this was taken in Singapore. It was in the 1960s when Singapore suffered massive floods during the rainy season. I was looking at photographs more than 45 years ago at Marina Barrage and was just amazed how floods are nonexistent at this time since then. 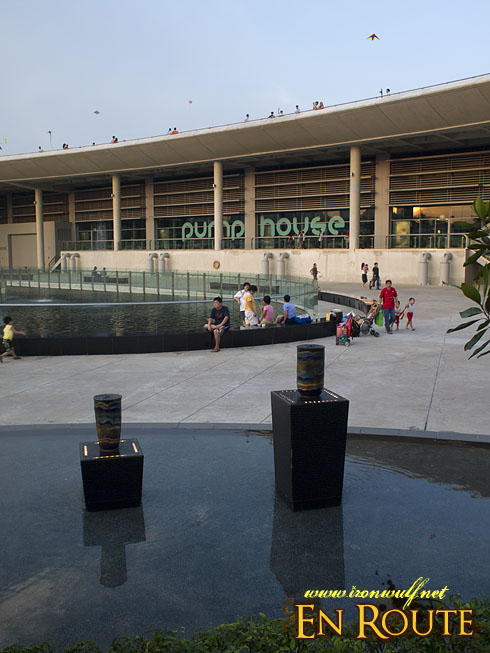 I left the Nuffnang Group tour at Singapore Mint Museum and proceeded to do my own tour of the city. Met my friend in Funan Mall and from there navigated the MRT to proceed to Marina Bay, the last/start station on the North South Line. From there took a bus and headed to Marina Barrage. It’s a fairly new place that opened November 2008. 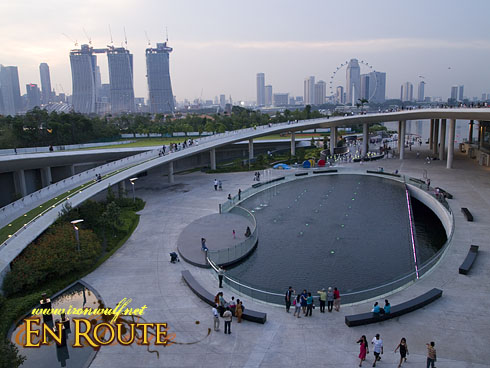 Marina Barrage is actually a dam built across Marina Channel. Aside from being a reservoir, it acts as a tidal barrier to control sea water and alleviate flooding in the low lying areas in the city. There is also a Visitor Center there for people wishing to know more about this Environmental and Architectural projects which has garnered accolades around the globe. 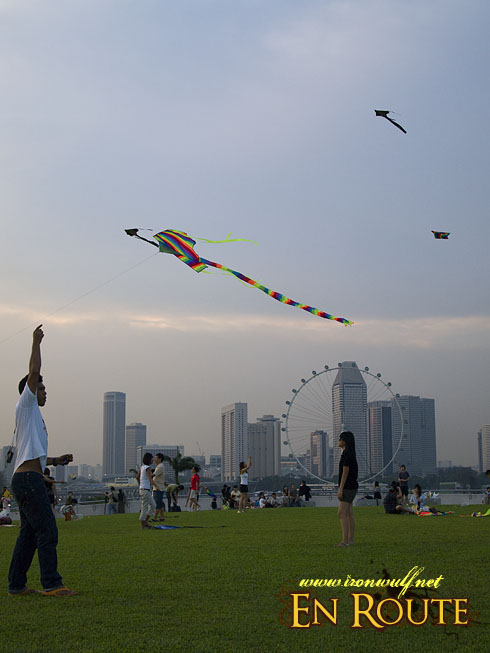 Kite Flying is one of the popular activity

I was very interested on how Singapore managed to control the flooding problem they had 45 years back. There where photos there and also cited their sewage and waterway projects throughout the years. I know Singapore is small and could manage to build infrastructure to manage flooding but I hope we could do the same here in the Philippines one area at a time. 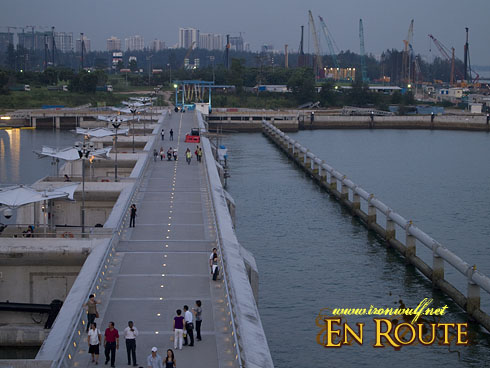 Anyways one area of interest here is the park. Looks like a circular elevated-flyover park. There were lots of people there mostly locals having a picnic, flying kites and doing photography. There were only a few foreigners since this isn’t really listed as a tourist attraction yet. I even saw a group of Filipino Photographers there. 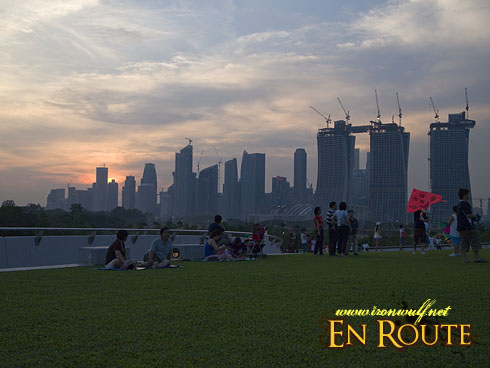 Waiting for the Sun to go down

It’s a nice place to relax for a weekend if I were living in Singapore. It offers good photographic possibilities especially with the view of Singapore Skyline on the horizon including the Singapore Flyer. But I made a booboo of not bringing a tripod since I didn’t expect to stay there until night. But I did manage to get some nice photos of the place when the lights lit up. 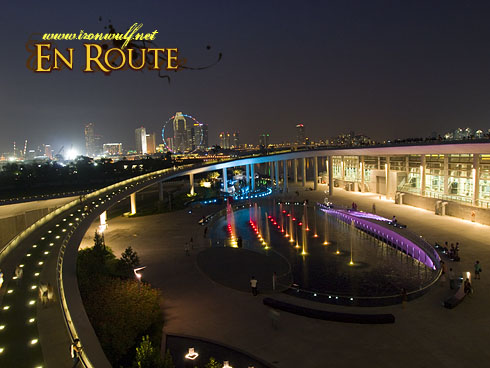 The Marina Barrage at Night