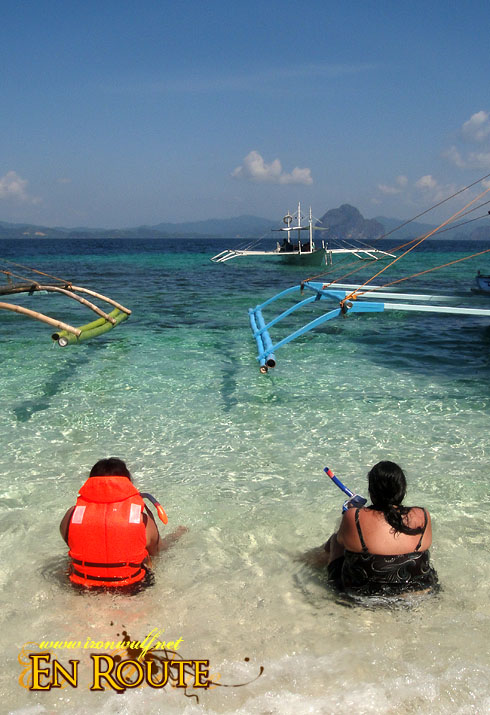 Stuffed and rested, our boatman, Felix signaled us that we should be going. We’re getting too comfortable at the Secret Lagoon Beach and remembered that there are still a couple of stops before the afternoon ends. About 10-15 minutes south of Miniloc Island is an islet they call Shimizu Island (Others spelled Zimizu). It’s supposed to be one of popular snorkeling spots in Tour A. 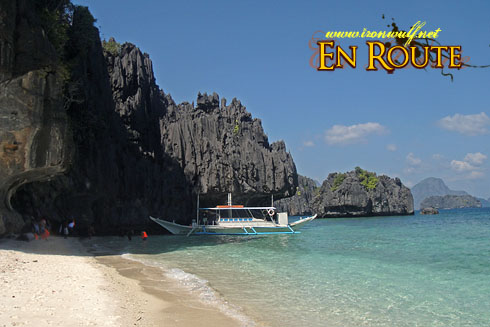 Under the shade at Shimizu

Weeks before the trip, I made sure to upgrade my snorkeling gears. I was bent into enjoy snorkeling in El Nido as much as I can. My old Mask and Snorkel I got from Nautica Makati years ago was still in very good condition. What I replaced were my fins since I left my damaged fins in Coron. With my gears secure, I jumped into the water with my Sony TX1 encased in a waterproof housing and started to explore the surrounding reefs.

Visibility wasn’t good at that time. The water was filled with what I called small “Sponges” but it was really specks of plants dissolving into the sea water because of the heat. The others brought pandesal bread with them to feed the fishes underwater. There weren’t as many fish as I was expecting and the reef near the shore is mediocre. I tried to go further but the number of huge red jellyfishes were increasing that I pulled back and settled near the shore. 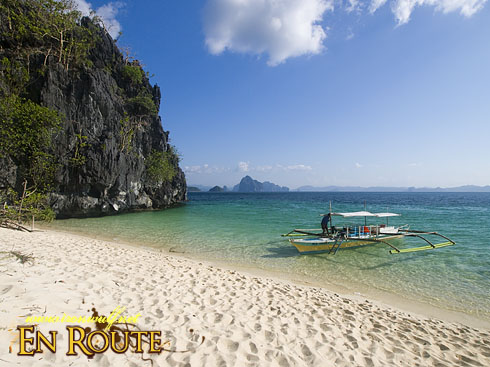 Our boat docked at 7 Commando beach

We left Shimizu Island and made our way to 7 Commandos Beach. I don’t know the story behind the names much like how an island sounded Japanese or if there were 7 soldiers who owned this beach but it was another nice place that reminded me a lot of the TV series LOST. Probably because of the jagged peaks behind which is also part of the same peaks hugging El Nido town on the other side. 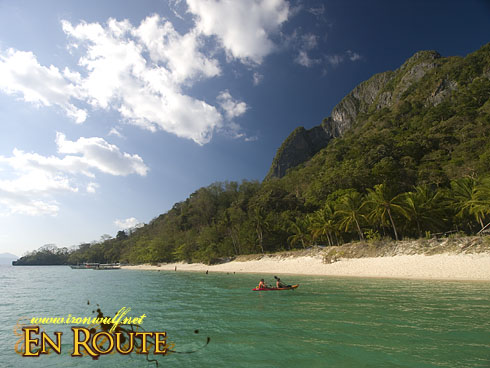 There was a stall there selling buko (coconut) juices and other snacks. We also discovered Choco Mucho dark chocolate there. I know that cheap but delicious choco but I didn’t know it had that flavor. I think the group had enough of beaches for now and decided to lie off under the coconut trees. I dozed off for an hour there. 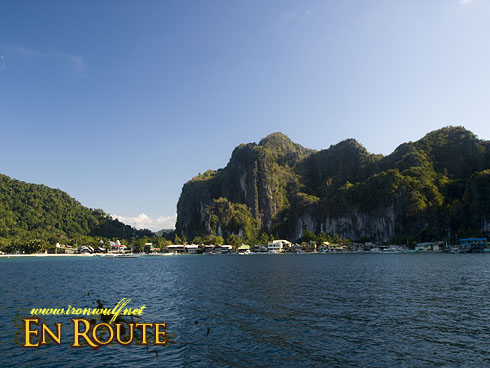 Visiting the Big and Small Lagoons, the sumptuous lunch at Secret Lagoon Beach Lunch, Shimizu Island and 7 Commandos that was part of Tour A was really worthwhile and showcased a piece of what El Nido has to offer. We went back to town late afternoon before the setting sun. It was a great first day.