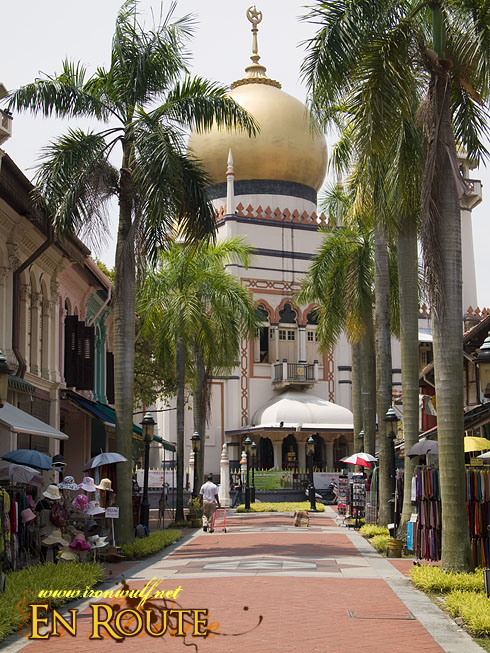 At Bussuroh Street in Kampong Glam

It was my last day in Singapore and I still have a few hours before our afternoon flight back to Manila. I squeezed in some time to explore more on what time left. Called up my friend there for lunch and we went to Kampong Glam. It’s a neighborhood located near Singapore River. Most people know of Little India and Chinatown. Kampong Glam is considered as the Muslim Quarter with history dating as far back pre-British Colonization. 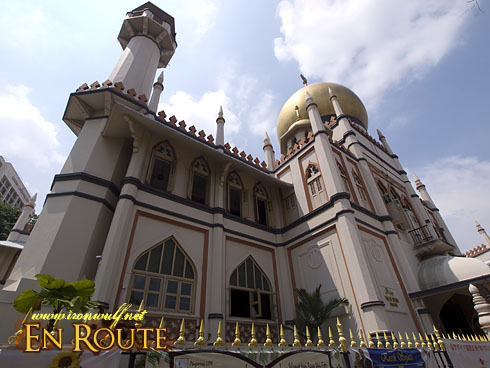 The Malay Aristocrats used to live on this area during the early 1800s until they signed a treaty with the British to set up a trade post here. Today, the area has been refurbished to recreate its former glory. Colorful shop houses are homes to art galleries, restaurants, shops, IT companies and even cheap accommodations. 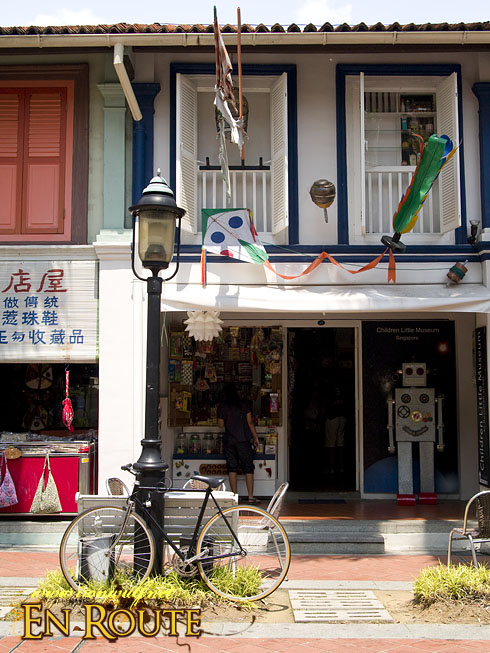 A shop at Kampong Glam

Indeed this is a charming place once I stepped on Bussuroh Street and saw the prominent Masjid Sultan (Sultan Mosque) with its golden dome under the sun. As the center for Muslim religion and considered the most important mosque in Singapore, Kampong Glam is brimming with activity during the Ramadan season and restaurants are filled with people, especially Muslims who are breaking fast. 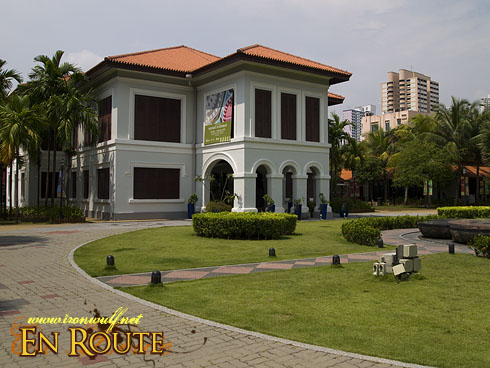 Just a few strides, we visited the Malay Heritage Center, where the Istana Kampong Glam (Sultan’s Palace) can be found. This is the place where people can learn more about Malay’s history and culture. Even without entering the building, the garden with a good number of Gelam trees for shade has a replica of a Bugis Perahu (boat). Aside from that, there are dioramas and history markers. 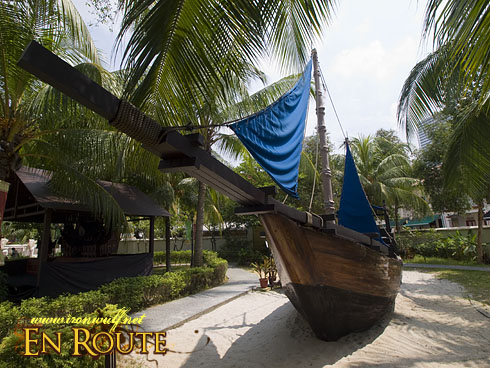 A replica of a Bugis Perahu (Boat)

As we head back to the main street, we passed by numerous shop houses which are homes to art galleries. It was fascinating to see Singapore graffiti and street art. It reminded me a lot of our very own Cubao X. At the main Arab street, both sides are filled with shop houses selling textiles and clothing. 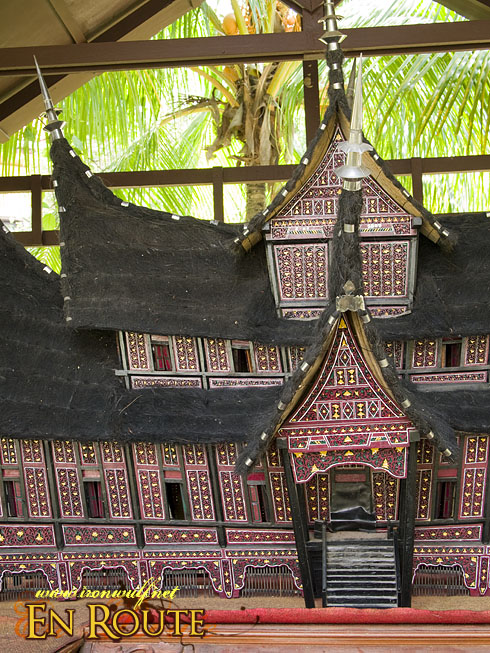 A model of a native Malay structure

I took a bus from Bugis back to Link Hotel where I was staying. I thought it was a nice way to spend my last few hours in Singapore. It has been an interesting nine days here. Singapore for such a small place managed to squeeze in all these little places in a tidy orderly fashion. Singapore has always caught my attention as a travel destination, I will book Singapore hotel in advance for my next visit to get the best accommodation deals. 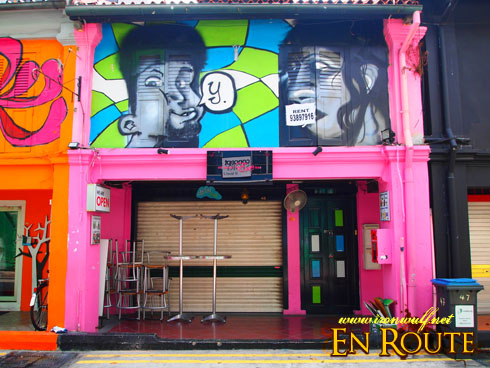 A few of the the art galleries at the Art Street