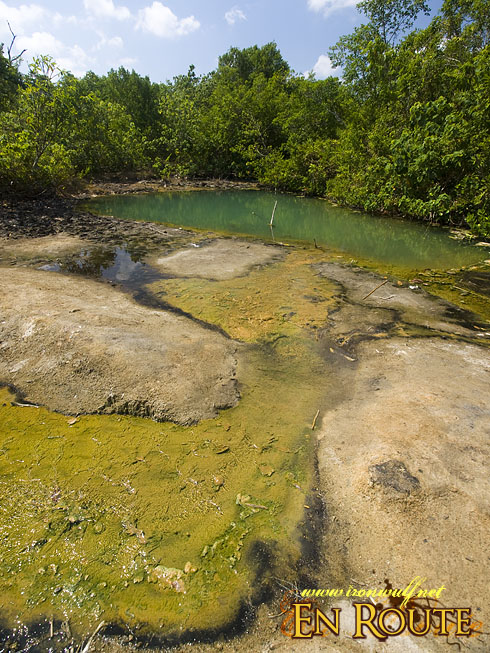 My head kept hitting the steel bar frames of the tricycle whenever we pass by large pieces of stone or when we encounter the humps along the road. I already had my back bent just to sit at the back seat of the motorcycle behind the driver. It was rough road all throughout just after Lio Airport in El Nido. We were heading north of Palawan from El Nido to see some inland attractions at barangay Pasadeña. 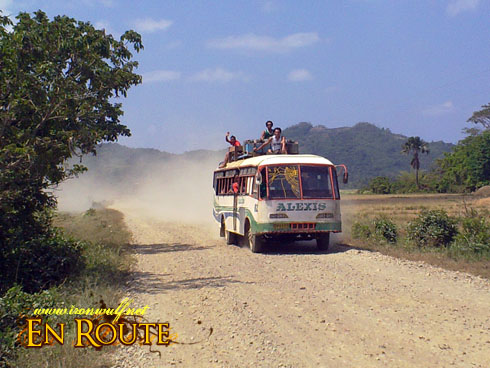 The Rough and Dusty road up El Nido

It was third day of our stay in El Nido and it was our “me” time when we can do which ever we want for that day. The guys staying at Marina Resort decided to stay in town, some to attend to urgent business matters and other to roam around in town. Melo and I decided to go beyond and check out the nearby towns and what they have to offer. 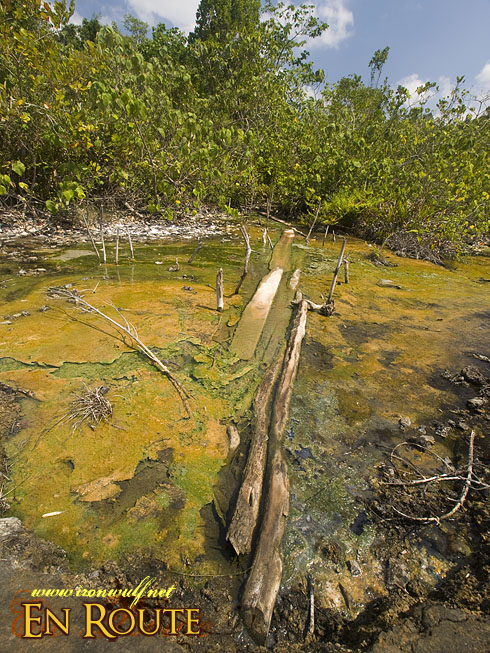 We decided to go with Islanen Outdoors Tours this time for the guided tour. We had a tricycle to take us up north. Going by the dusty rough road under the unrelenting sun, we traveled 19km from El Nido town passing by wide areas of farms along the way. At least an hour on the road we stopped and our tricycle driver who’s also serving as our guide told us we’re there on our first stop was the Makinit Hot Spring. I swear the place has no signage and if we’re going by our own, there would be a big chance I’ll miss it. 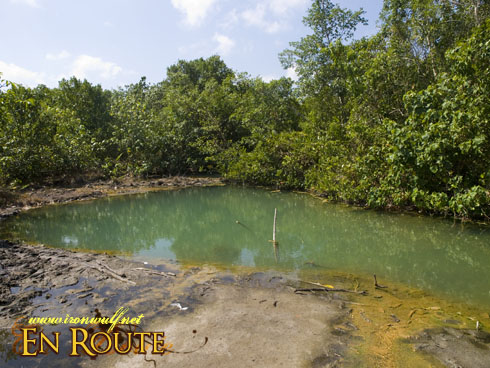 There was a 10-15 minutes walk along the rice fields and a few minutes more on a stream leading to the hot spring. The water was getting hotter as we got closer while traversing the muddy trail and makeshift bridges mad of branches and wooden planks. When we got there, we found an untouched and unadulterated hot spring. It’s not ideal for swimming and the ground there was really soft. Better be careful. I was walking around to take pictures when my foot got caught knee deep underground. I could feel the heat from under so I tried pulling at fast as I could. Now I somehow know how sinking in a quicksand feels like. 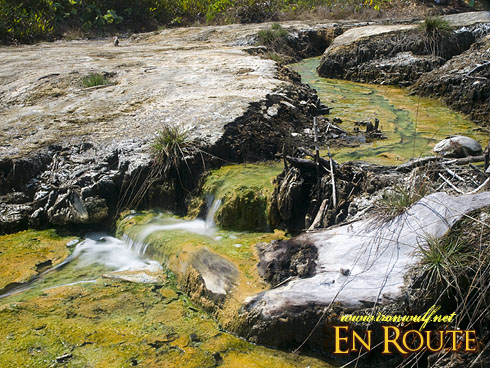 We didn’t stay long as the heat from the sun and the ground was already too much to bear and there was no cover. We drove back down south about 8km and stopped on a hut along the road. Now here there’s a sign that it’s the jump-off point to the Nagkalit-kalit Falls. We left our tricycle and started a trek which I’m expecting to be an hour long. 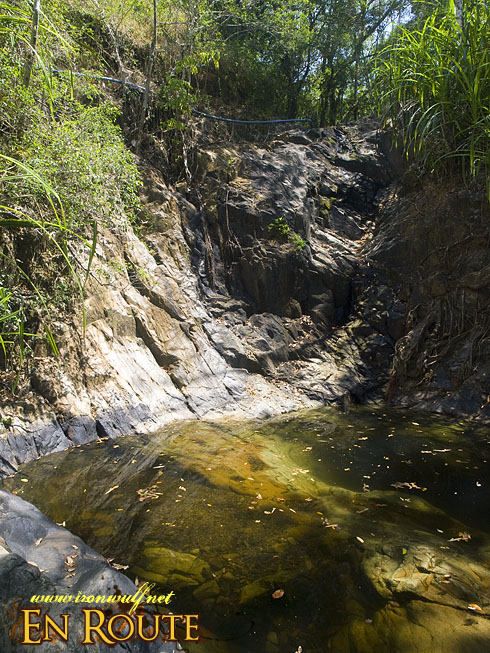 The Stagnant Pool of Nagkalit-Kalit Falls

We crossed 7 rivers along a forest cover in an hour’s trek only to disappointingly find Nagkalit-kalit falls with barely a drop of water falling. Our guide said that usually, even on February, waters would gush through the falls but now with El Niño, the river have dried up. There’s stagnant water on the falls pool and the river path is filled with dried leaves. It was a bit disappointing as I was looking forward to jumping into a pool of fresh water. No wonder those foreigners we crossed paths with halfway were smirking, they could have told us there was no water there. We stayed there to rest and recharge instead before we headed back. 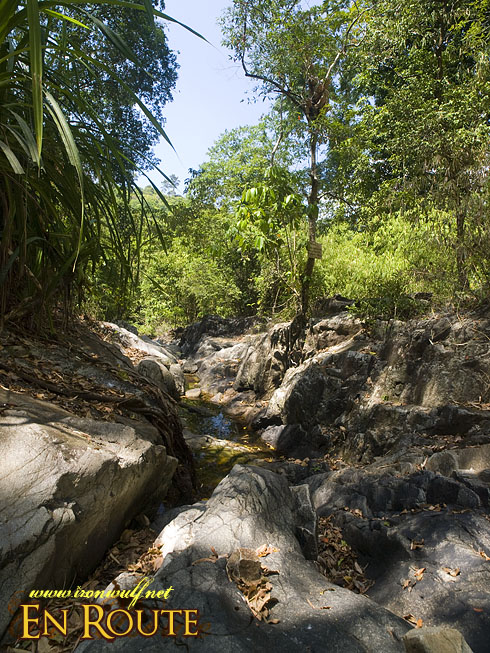 When we got into town I gave the 800 pesos fee for the tour. I didn’t bother to tip since I wasn’t all that satisfied with the tour but did enjoy the treks. I told Mavic of Islanen that there was no water there at the falls. They didn’t know so I can’t blame them. Time has changed and El Nino is definitely affecting us. So I told them that if people want to go there, they should tell them that the falls is dry at the time.