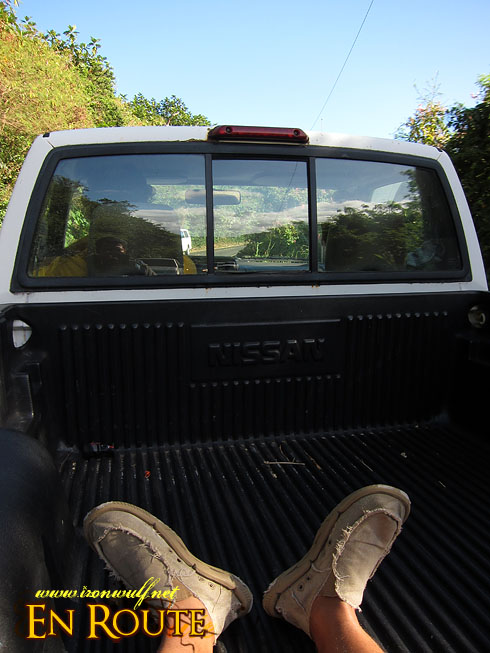 Riding at the back of a truck in Guam

Getting sick is such a hassle when traveling. I was on sickbay for at least 3 days while I was in Guam so I never got to go around as much as I wanted. It’s a good thing I was at a relative’s home and I was taken care of well but it really was a bummer. When I got a little better, a couple of days before we head back to the Philippines. My cousin Gerhard was kind enough to drive us around South of Guam just to see some of the island’s popular tourist spots. 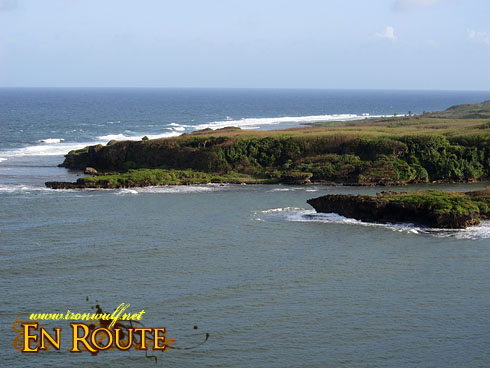 From their beautiful glass walled home on a hill at Talofofo, I jumped on the back of their pick-up truck with my mom and cousin sitting in front. I wasn’t really a 100 percent at that time so I brought along my Columbia packable jacket in case night caught upon us on our drive home. 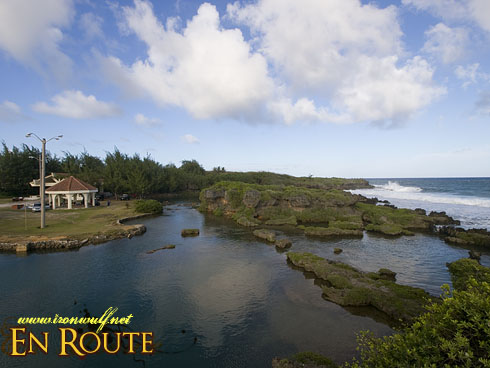 The Talofofo Bay was the first sight I saw in Guam, and it’s hard to miss it since it’s on a turn on the road going south. Submerged in this beautiful bay is a Japanese vessel named Aratama Maru. This 6790 gross ton ship was torpedoed by the USS Seahorse in April 8, 1944. The ship used to be visible in this bay until 1962 when it completely submerged from the tides, storms and currents. 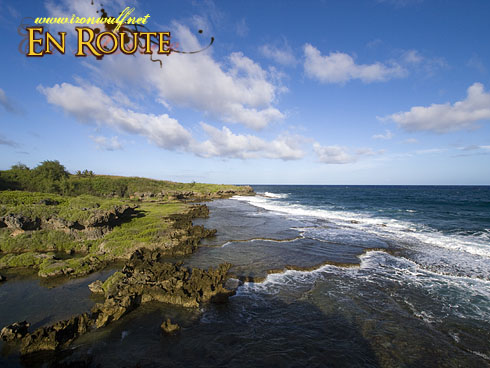 We moved further down south to the town of Inarajan, the center for Chamorro studies. The Chamorro are the indigenous people of Guam. Inarajan is the best place to see how the Spaniards influenced the islands and how its culture grew in time. Old houses and a church built by the community can be found there. But what really caught my eye is the natural pool nearby. 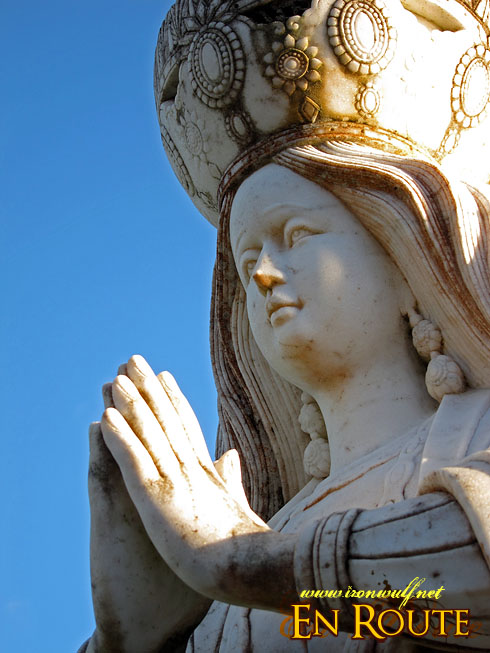 The calm pool also called Inarajan Natural Pool fronting the small park there is several feet deep. The park has been a favorite hangout of the locals for picnics and swimming. The pool remains calm from the waves due to the large coral formations jutting out forming a wall around the pool. Beyond that wall where the waves crash is an interesting terrace formation. It’s a really nice rugged seascape offering a lot of possibilities for landscape photographers. 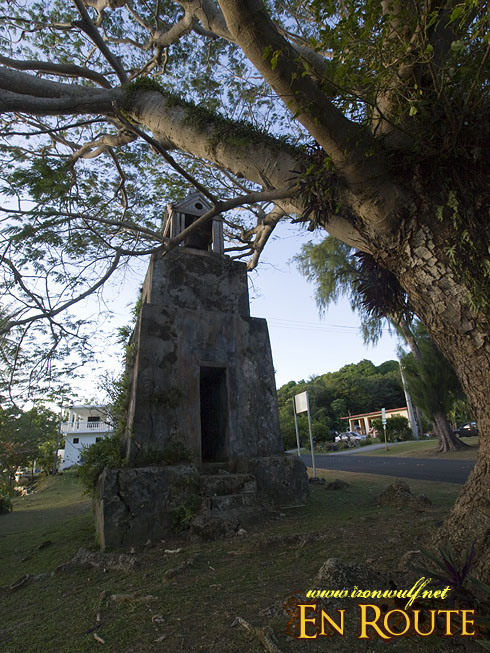 We stopped on a town called Merizo where a prominent image of praying virgin stands tall at the center of the park. She’s Santa Marian Kamalen known as the disappearing lady. Her tale is very similar to our very own Our Lady of Casaysay in Taal. Merizo is also a popular place for pilgrimage, there’s a grotto behind the church where Stations of the Cross can be found. 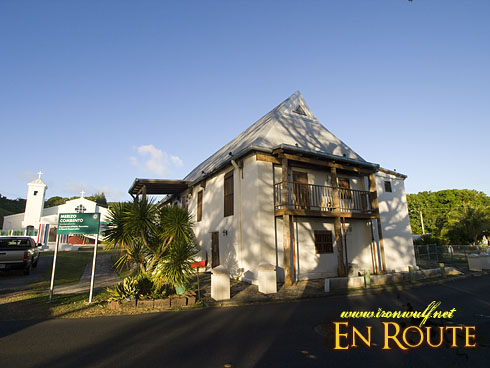 An old convent in Merizo and the Church

A Bell Tower (Kampanayun Malesso) stands by the road overlooking the sea. The tower was built in 1910 and was restored in 1981 to be included in the country’s list of National Register of Historic Places. The bell doesn’t seem functional at this time. Cocos Island, said to be a popular spot for water activities like jet skiing, wind surfing and snorkeling can be seen from here. 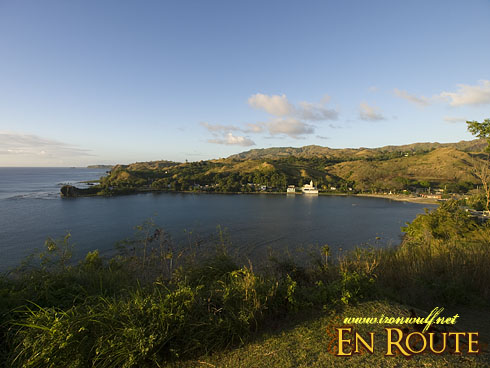 Umatac Bay where Magellan landed before going to the Philippines

Then we came to Umatac Bay, south-west of Guam and dropped by Fort Nuestra Senora de Soledad. The afternoon soon here lent a dramatic glow to this old structure overlooking the Philippines Sea. It is also here where we can establish the Guam-Philippine link since Magellan first landed here before arriving in Cebu. But according to locals his first contact with the Chamorro isn’t pleasant as Magellan and his men pillaged the village to get supplies before heading to the Philippines. 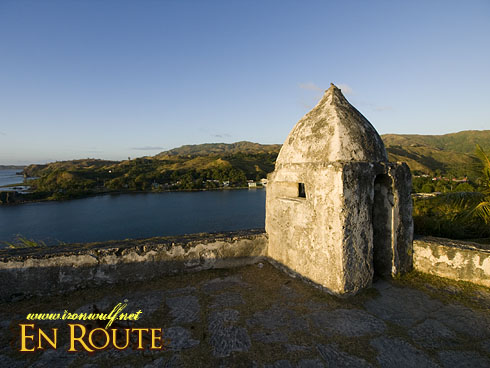 Our last stop before the sun finally slid over the horizon is the hilly Cetti Bay. This Bay surrounded by a hilly terrain is said to be the last remaining untouched land in terms of development in Guam. And it will remain so as this geological monument which has been turned into Guam’s Territorial Seashore Park. The twin hills here not only give clues of Chamorro ancestry for 3000 years but also give insights on how Guam was formed into an island. 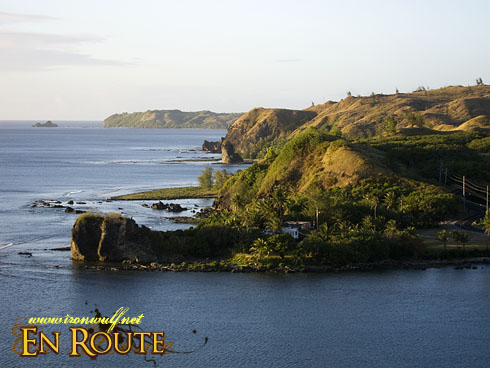 In just at least a couple of hours we already made a southern swing of Guam, that’s how small this Island is. But of course the stops are more of a cursory look of the places mentioned. If I would go deeper into the areas I’m sure it could take around a week for me to sweep the place. Next time I come back here I’ll be more prepared. For now we’re thankful for our cousin to drive us around and show these sights of Southern Guam. 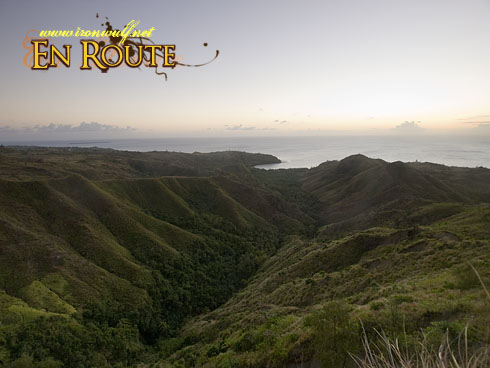