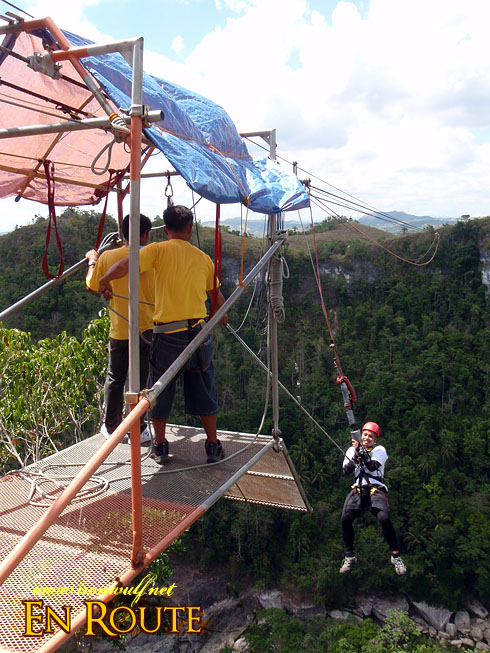 Doing the Plunge at EAT Danao

It was an unexpected but a welcome surprise when I found out that Acer would be bringing us to Bohol for their annual Acer Media Challenge with this year’s theme “Survival of the Explorers“. Funny thing is, when we got there I’ll be going back the next day at the same resort where we were staying for a project after the Acer event. Call it coincidence or whatnot because Acer has been tight lip about the destination until the day itself. While it would have been convenient if I had known so I didn’t have to go back to Manila and get my gears, I didn’t mind. Besides it’s good to stock up on some miles. 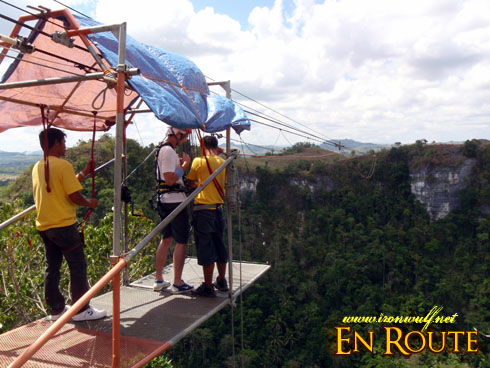 Gearing up for the plunge

When I found out Bohol would be our destination, I had a strong feeling we would be going to EAT Danao for the challenge. And I was right. Where else in Bohol where you could find those extreme activities? I wrote about EAT Danao 3 years ago and from then on, I heard a lot has changed since then and things have picked up. People have heard about the place and pioneers of EAT Danao, Ian Gonzaga and Ian Sepulveda invited me several occasions to see what new stuff they have done. I never got back until now. And boy has the place grown. I took along the Olympus mju Tough-8000 during the race challenge to document the adventure. (It has a crappy video though so if you’re planning to get one, get the new Tough-8010 model instead that already have HD video) 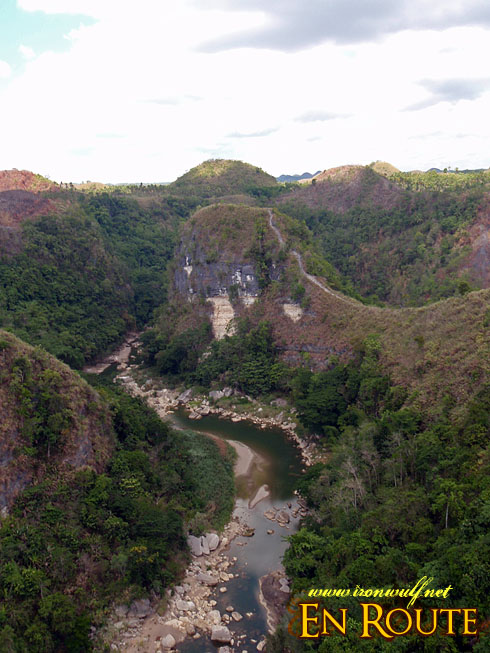 So Acer divided us to 5 teams with 9 members each and started our race at The Peacock Garden Luxury Resort and Spa in Baclayon. We were Team Blue. All teams were guided by clues given to us by each team’s Martial. In each stop, we would be given challenges and the sequence differs from each team. The first challenge was building a shelter, making fire and boiling the eggs we got from our trail guide. Making fire is no joke and indeed we had a hard time so we dropped it 30 minutes after.

EAT Danao the Plunge 2010 from Ferdz Decena on Vimeo.

Check out the video of The Plunge

We headed to The Plunge as our next challenge and its one wicked ride. It’s one of the new extreme attractions in EAT Danao and is also considered the first Canyon-Swing in the country. I was excited to try it. The platform where the individual would start the plunge hangs 200 meters high on one cliff side of a 300 meter wide gorge.

Check out the scenery while on the Suislide

I strapped up and took my turn. The guides there recommended to do the Plunge with head down first for the ultimate experience which I obliged. The platform slowly lowered which left me hanging for a moment. Counting down from 3, I heard the operator said “Bombs Away” then I found myself being pulled by gravity fast while screaming my throat out. As I go deep into the gorge, I felt the 70-meter long rope tug me to the center of the gorge. I could hear the wind as I cut through it as I swing on the open air of the gorge side to side. It was fast. It was exhilarating. It was extremely fun. 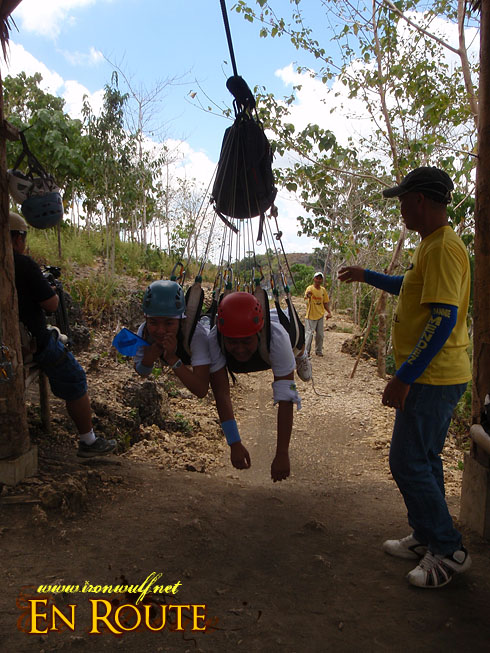 As the swinging slows down, I had to re-orient myself where I was by looking in every direction. It felt like my soul was left out of place somewhere in the middle of the gorge and was trying to realign itself with the body again. It took only a few minutes to pull me back up where we started. What a great experience. The rest of our team did the plunge and now we’re on to the next challenge. 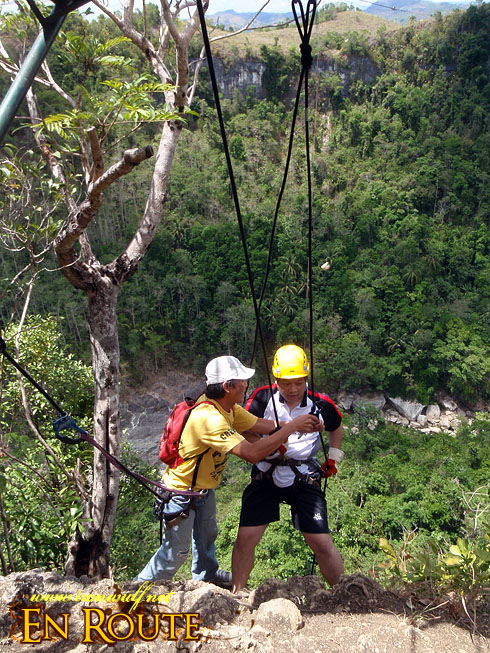 Playing on the words Suicide and Slide, Suislide is basically a Zip-line and here in EAT Danao, it has two separate lines going back and forth totaling half a kilometer. It’s pretty cool but tame as well. The mid part slows down allowing you to take in the views and it gets really exciting when it speeds up near the stations. 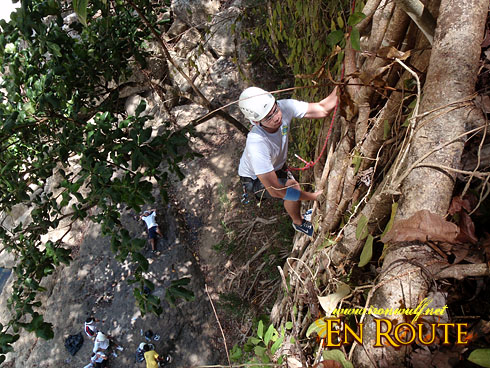 There was a rappelling stop where two of our members would go down a 60meter drop to get a clue and be pulled back up. After that we made a steep descending hike to the Wahig River for the root climbing and another short rappel down. The Root Climbing stop was pretty straightforward as I had done this before. Climb the roots of a balete tree, and then climb down the other side. The whole group managed this. I guess it was the hike back up which was challenging to all. 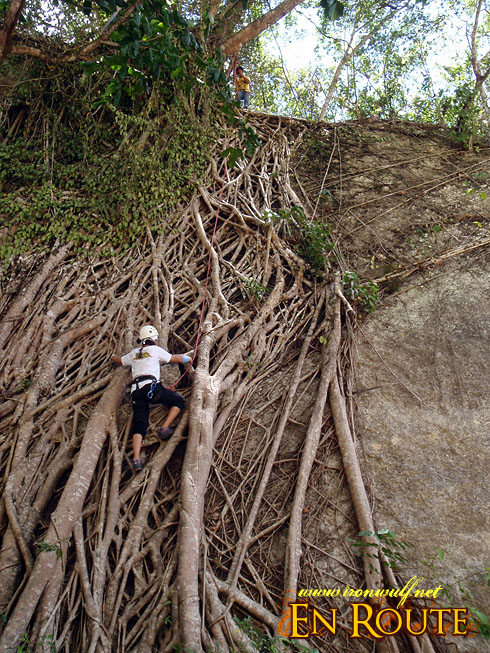 Climbing the roots of an old Balete Tree

We took our mandatory 45 minutes lunch before heading to our last stop. The Sky Ride was our final challenge for the day. It’s a free and easy ride spanning at least 10 minutes back and forth on a cable car that can sit 6 person but we have to solve a couple of task while on it. Once done, we raced to retrieve our flag and found out we were the first one who finished the trail. 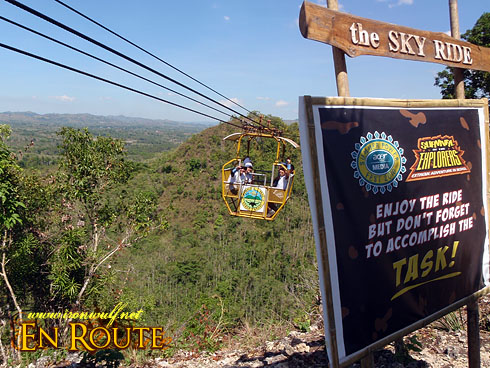 Our last challenge was the Sky Ride

In the end we only got 2nd runner up. I think we got some wrong answers on some task. But the most important thing here is that we really enjoyed going through the challenges. I’m glad I was able to get back here on EAT Danao and saw how the place has been developed starting from its conception 3-4 years ago. The management of EAT Danao has been handed to the local municipality and it has given livelihood to some locals there by employing them for the park’s operation. It’s one of the perfect examples how community would help each other to boost tourism and their livelihood. 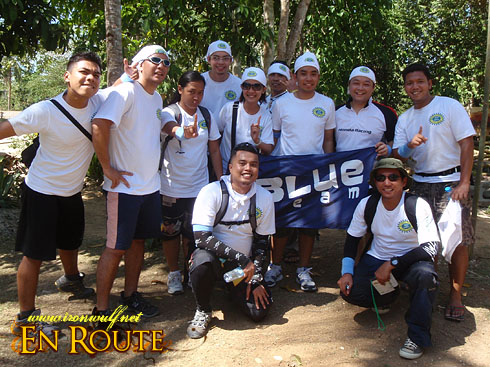 For more information on EAT Danao, please contact below: