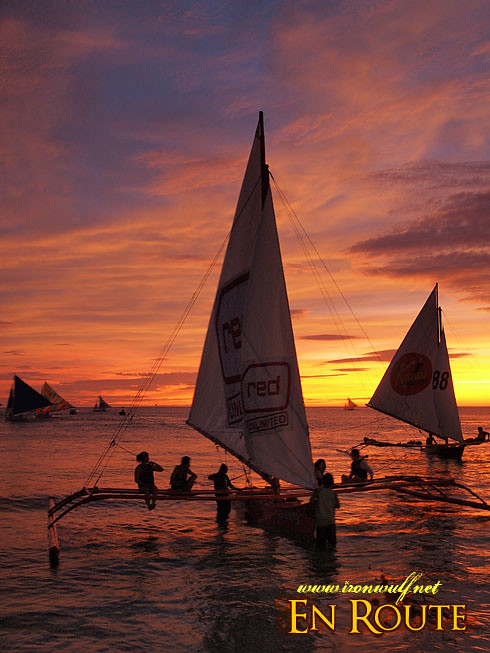 “I’ve lived on the Island my whole life” said Gaga. Despite the name, he’s a male somewhere in his early to mid-twenties, a little over 5 feet in height and his tropical brown island skin along his chubby constructions is adorned with tattoos. We stumbled upon him that evening when my writer companion was looking for a place to get a real tattoo. Jay, one of the members of the comedy act of SPIT who’s knowledgeable with tattoos was there to help her out and found Gaga’s tattoo stall to be more competent among the line of tattoo stalls along Boracay Beach. 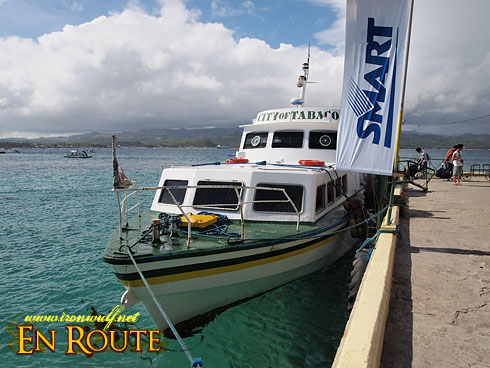 His facial piercings was noticeable under the dim light as we walk through the alley to take a tricycle to go back to our resort, Mandala, where my companion would have her tattoo. After haggling on the price and agreeing on the design of the simple yet meaningful words “Live.Laugh.Love”, we had to go to a well-lit and clean area where she’ll get her skin inked.

“I miss the time when Boracay was so peaceful and quiet. When I was a kid, we have the whole island to ourselves” He told me while walking. I could imagine how he saw how the island has changed from its pristine state to what it is now. He admits that he likes the numerous tourist crowds because of good business but he admits it’s not big money for people like them who operate small business. 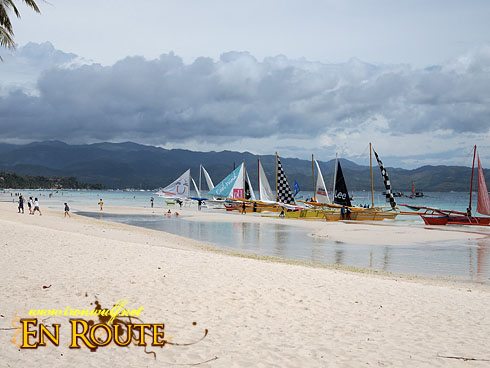 In the last 7 years, I had the chance to visit Boracay on several occasion my fingers couldn’t count how many now. Every time I go back here, I can’t help see how the Island has evolved. Recently, I noticed that the port has now been developed that would allow a ferry like the Montenegro line to operate aside from the usual outrigger boats to the island. That’s a good option for people who prefer an airconditioned boat ride and avoid some splashes on the way to Cagban Port in Boracay Island.

Same day the afternoon of our arrival, I decided to explore. Lodged down far south off the beach, I decided to hail a tricycle but quickly called it off learning I have to pay around 50pesos just to take me to D’Mall, the commercial center of the island. I thought it was ridiculously expensive and decided to just walk the main highway of the island. 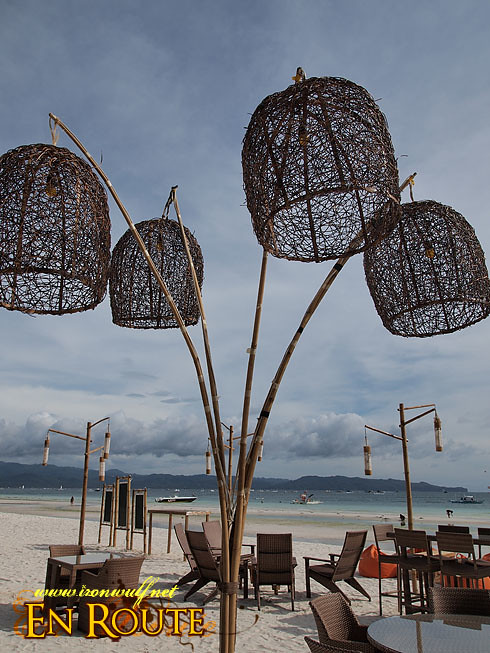 The main road being the spine of the island is narrow and cramp. The pedestrian lane is lame and there are parts where there are none. Caution should be taken when treading this road at night as vehicles can easily swipe people on the side of the road. Boracay is the last place one would want to have an accident. They lack good medical facilities here. There was an incident when I was here for an assignment for a magazine. One of our writers had an accident. When her ATV’s battery suddenly died and she was thrown off the road. The clinic staffs were so busy watching TV and was not equipped enough that she had to buy her own cottons and bandages in an injured state. She came back to our resort with a pathetic excuse of a bandage with an improvised wooden plank to support her fractured arms. 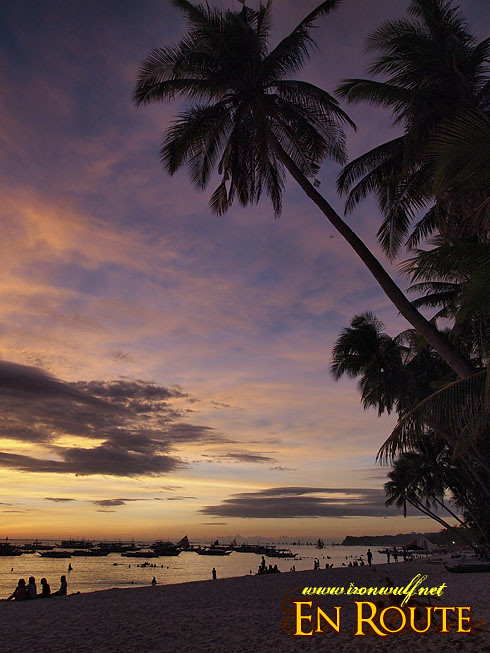 I bought refreshment and continued to walk until I finally reached the D’Talipapa which has an alley way connecting to the beach. A Shawarma stall caught my attention so I stood there for while contemplating if I should buy a beef or chicken shawarma. I felt a tug on my shirt from behind that made me instantly look back. I saw a street girl pointing on my half finished bottle of Minute Maid. It was a sorry sight. Up on the beach, I seldom see beggars like them. I lost appetite and just gave the bottle then moved on to the beach. 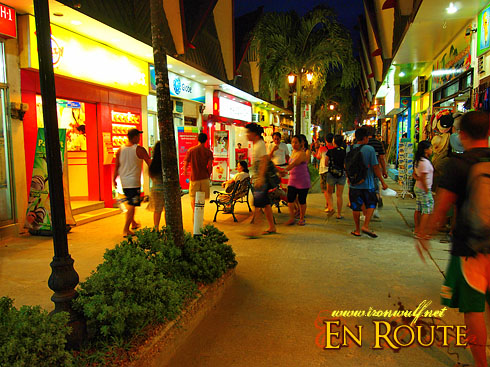 It was almost time for sunset. If there’s anything I could be proud of Boracay, the explosion of colors during sunset is always stunning along with the fine powder white sands of Boracay. I walked closer to the shore and saw myself in a sea of people simultaneously enjoying the natural spectacle beyond the billboard-sailboats littering the shore.

I stayed for the beach for a while, sitting on the sand just enjoying the wind and the waves. As soon as the dark veil covers the island, it seems the island is just starting to wake up. Tables and chairs were arranged on the beach while lamps started to light up along the establishments. Vendors playing with some light toys as bait to interested buyers attracted to its blinking lights. 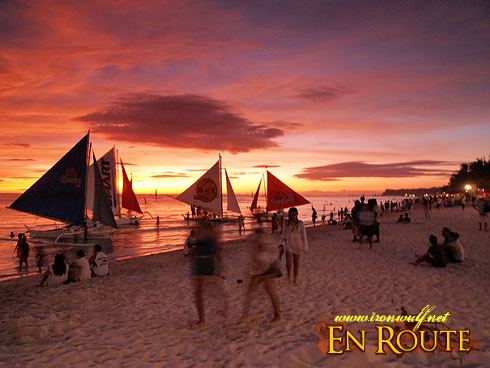 On my left a live band was starting to play some smooth acoustic tunes. I enjoyed the vibe for a while until on my right I could hear another reggae band starting to play. They were both good but it’s hard enough that I’m listening to both of them at the same time. I decided to just leave and walk by the beach more. I noticed commercial establishments like Shakeys, Yellow Cab and even Starbucks have already invaded Boracay beach.

So my writer companion had her tattoo and I also finished the work I came here for which is to document a tree planting activity on a watershed in the mainland Malay. It’s a good thing there are people working on the island’s conservation. While I’m not sure it could mean salvation to the island, as I could already feel the island losing its soul. Its commercialization, the brand spanking new resorts, new establishments and hive of activity are only a cover up to the deteriorating state of the island. It’s a pseudo-paradise as pristine as how much money developers can shell out.