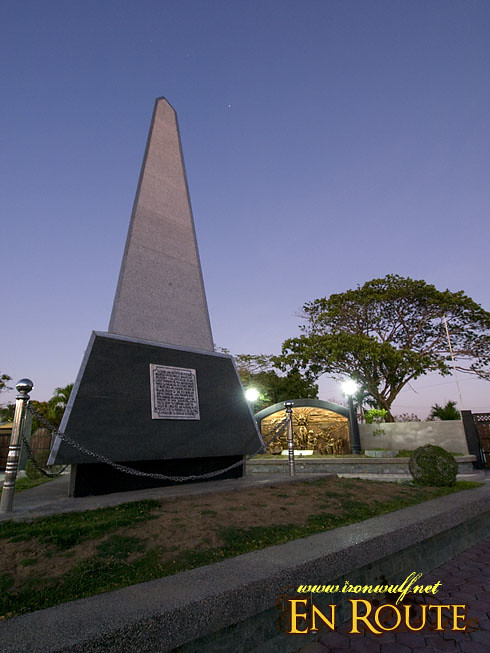 I felt a different sensation when my feet landed on the black sands of Aroma Beach in San Jose, Mindoro. It was on these sands where Philippine wartime history was written 66 years ago. On December 15, 1944, 16,500 soldiers, led by the prominent figure Gen. Douglas McArthur, stomped the black sands amidst the bombings that took place on these shores. 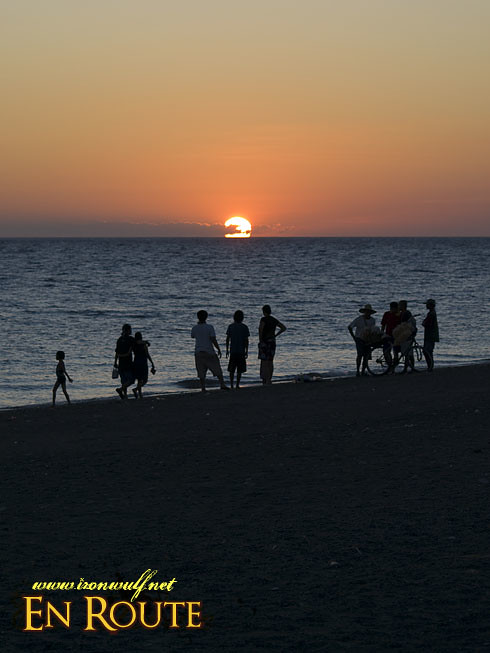 Sunset over the black sands of Aroma Beach, the site of the Second Landing

I was told that this was the site of “The Second Landing“. McArthur first landed in Leyte, knowing his next vital step would have to be Mindoro to separate the Japanese Armies occupying Luzon and Visayas.

The Pentagon, believing that the island was replete with Japanese forces, told him it was a risky move. Keeping that in mind, he initiated a series of bombings to pave the way for the landing of the liberation forces. There weren’t as many Japanese soldiers as expected. The rest, as they say, is history. 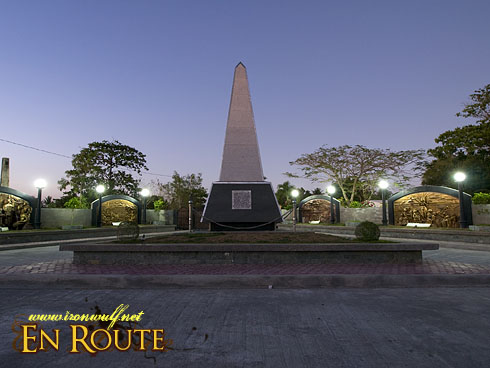 Ask the average Filipino about Leyte Gulf and he will likely associate the place with the McArthur’s first landing upon returning to the Philippines. Ask the same person about Mindoro’s place in the wartime history and mostly likely, you’ll get a blank stare. 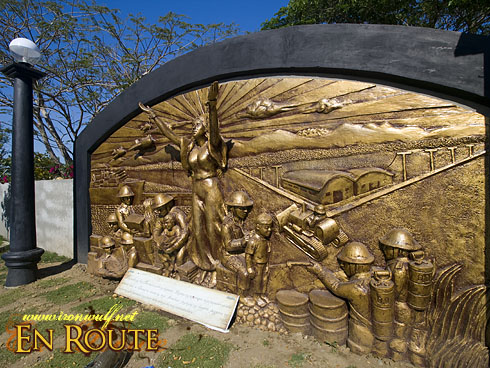 Murals depicting the stages in the town’s History

Although McArthur may have made an exuberant entrance on his faithful return at the Leyte Gulf, the fact is, it was in San Jose, Mindoro where he strategically set in motion his plans for the country’s liberation. He built three airstrips, one of which was the McGuirre Airdome, now serving as the main San Jose Airport, while lands were used as naval camps. With Mindoro as an American base of operations, it was easier for McArthur to mobilize his aerial and naval armaments across Luzon leading up to the final victory. 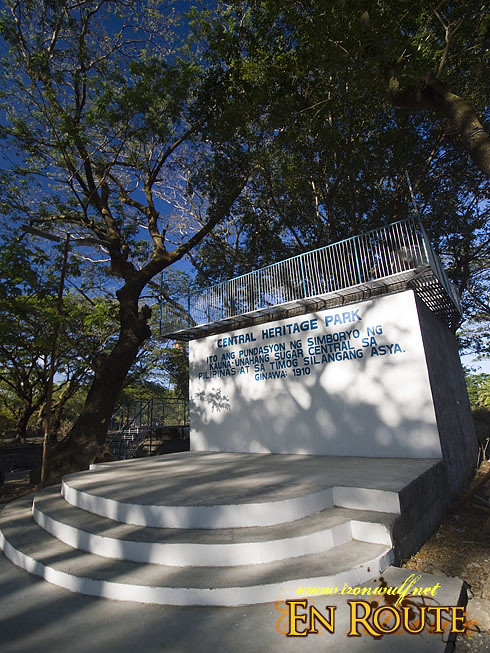 “Mindoro became the key that unlocked the liberation of the Philippines,” wrote Jean McArthur (The General’s Wife) in a personal letter to San Jose, during its 50th anniversary of McArthur’s landing.

To the people of Mindoro, the importance of the Second Landing at Mindoro is a story that needs to be told. San Jose’s upcoming Centennial Celebration is the perfect time to give it the importance it deserves. 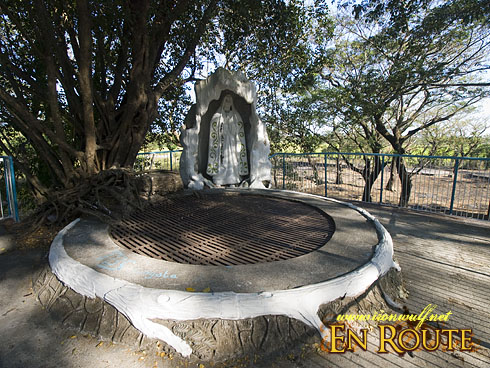 Above the Sugar Mill boiler

The main centennial celebration begins with the town fiesta on May 1st. The Mangyan Nights kicks off a few weeks before the celebration, highlighting the importance of the indigenous people of Mindoro by showcasing their culture and handicrafts. Balikbayan Nights aims to attract overseas Filipino workers to rediscover their history. 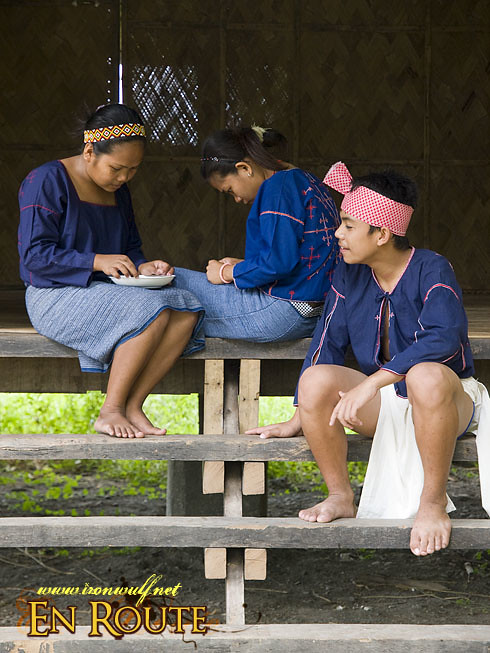 During my stay in San Jose, I also witnessed the unveiling of the official marker of the first modern and biggest Sugar Mill in the South East Asia. It was built in 1910 by the Welch and Fargo Sugar Company, although what remains now are relics of a boiler’s large industrial smokestack, which used to be a sugar cane processor. 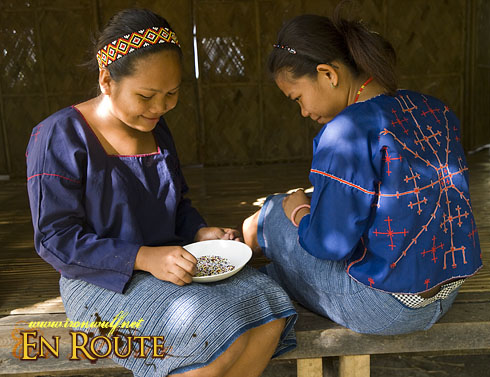 The indigo-garbed Hanunuo Mangyans with ramit skirt and lambung blouse

Visiting the Mangyan Mission House in Baranggay Labangan in San Jose is also an experience. Lucky visitors may be able to catch some craftsmen from the Hanunuo Mangyan, stringing their colourful bead accessories and weaving. 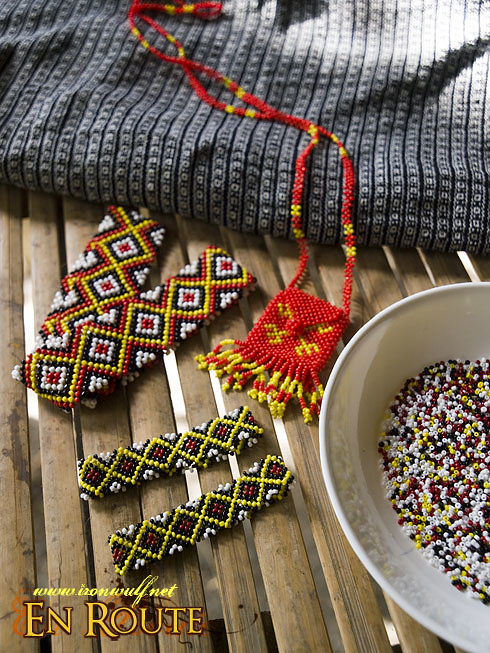 The journey to San Jose made me realize how preserving history can shape a country’s future. When people know how their city played a vital role in their country’s past, it inspires them to do more for their homeland; to move forward and make possibilities happen.

In the case of San Jose’s Centennial Celebration, promoting the town’s rich history and culture is just the beginning.

*Text and Photos by Ferdz Decena, originally published on Philippine Airline’s Mabuhay May 2010