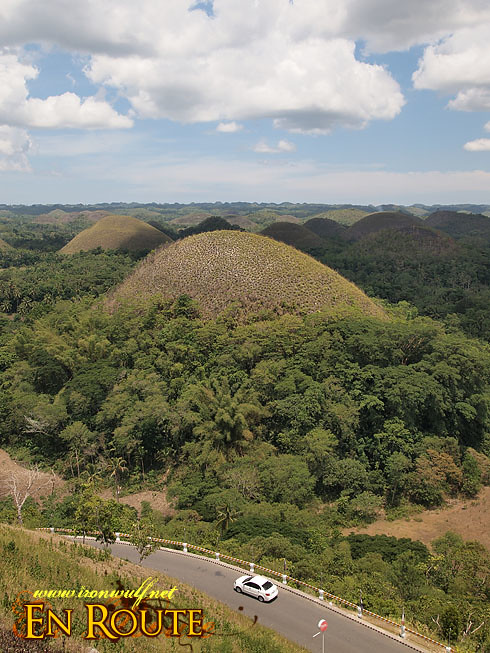 It’s a funny thing since I’ve been to Bohol several times but I never got to see the Chocolate Hills from that famous view deck in Carmen, Bohol. So l let myself be a tourist for the day. Joining in a bus load of media people who hosted and participated on the Survivor Challenge and get led like a flock of sheep around some of Bohol’s touristy side. 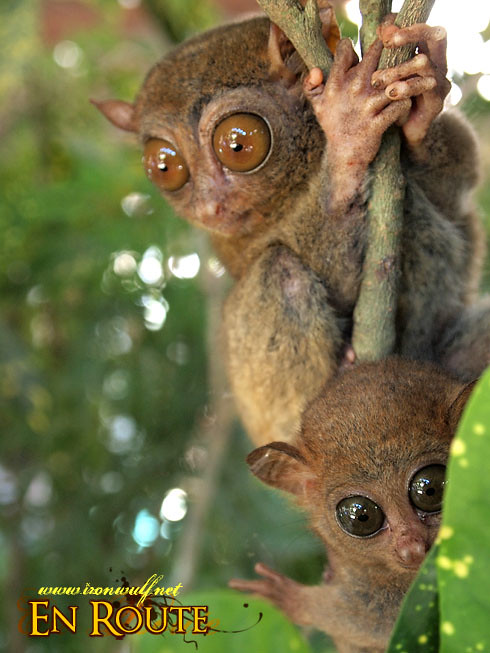 A mother and child Tarsier

Efren (not his real name) was a wacky Boholano guide on the bus. I think I heard more green jokes from him than some trivia and facts about Bohol. Imagine, it was more than an hour ride passing by the scenic Bilar man-made forest towards Carmen municipality where the Chocolate Hills are located. The soundtrack was Efren’s voice on the bus talking about Bohol with a mix of humor about women’s breast which resembles the hills and a bunch of seminary jokes. 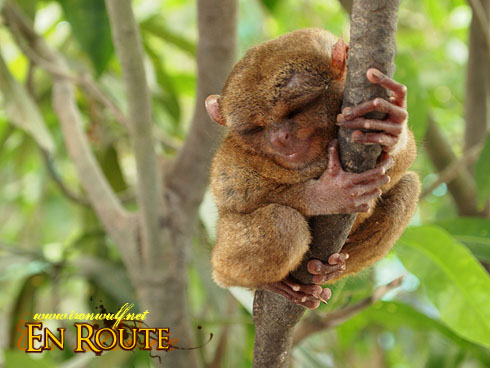 Our first stop was a so-called Tarsier Sanctuary. I’ve seen these Tarsiers before, considered as the smallest primates in the world, but I abhor these so called ‘sanctuaries’ visited by throngs of tourist in Loboc. Before, I saw people actually handling these fragile and nocturnal primates just to be placed on someone’s shoulder or head for a posterity shot. But this sanctuary was indeed a sanctuary for them. No one was allowed to touch the animals and there were large signs for no flash photography. Visitors are only allowed to view behind the cordoned area. I’m grateful for this one but I didn’t manage to get the location as we had to move along. 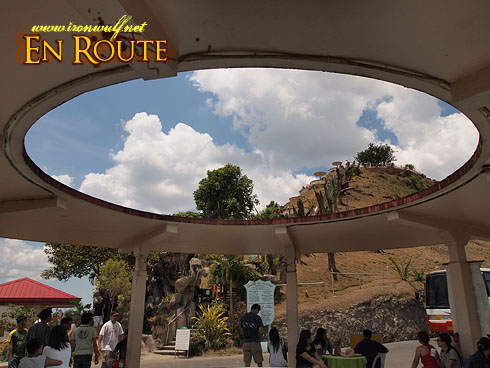 The viewdeck is actually on top of a hill

By mid-day we were at the center of Bohol Island which is the municipality of Carmen where the famous Chocolate Hills view deck can be found. The view deck is actually on top of one of the Chocolate Hills. Stairs and pathways were constructed for convenience. It wasn’t that difficult to climb the stairs but the mid-day heat was searing. If I had my way, I would go here early morning or late afternoon. 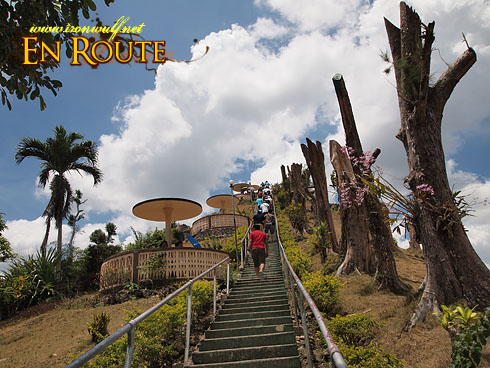 Climbing the stairs to the viewdeck

As expected, there was a crowd there but not that thick as unable to get around. The heat probably led people to hide under what little shade can be found on a few trees near the wishing well. Even with the unflattering light conditions, the Chocolate Hills is still a site to behold when first seen. The wide expanse littered with 1776 conical karst each measuring about 30-50 meters high is truly impressive. I’ve seen these hills individually, even drove by them on the way to EAT Danao but seeing them clumped together looking on a wide open plain like a bunch of chocolates with their brown sun-burnt surfaces was nice. But then again it’s one of those sights that when you’ve seen once you are really not that compelled to come back to again and again. 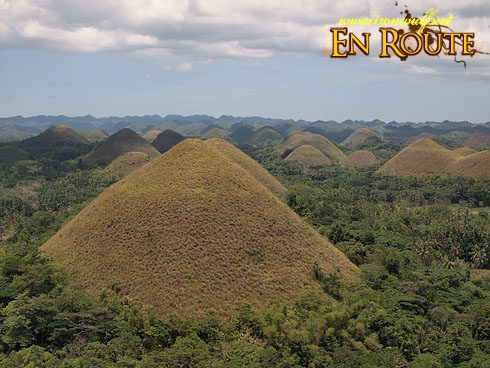 More than a thousand Chocolate hills

The Chocolate Hills is one of the Philippines National Geological Monument and is vying for a spot in the UNESCO World Heritage List. Until now there is no specific explanation on how this unique karst formation came about. There were talks of uplifted corals then sculpted by rains and erosion. And of course there are legends that they came from the tears of a giant named Arogo who cried endlessly after his mortal love Aloya died. Add two more legends of a giant carabao and a glutinous giant named Dano who both couldn’t handle their food well and made this vast expanse as dumping ground for their excrement. So here I am standing on a large mound of poop. 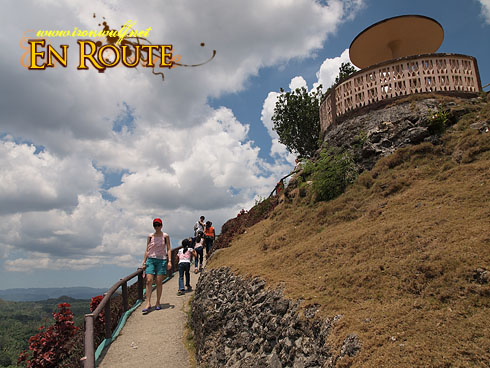 Don’t like to take the stairs? Go this way instead

For lunch we head down river and took one of those Loboc River Cruises. This one was different though as the base was not near the church but by a bridge. I heard it was a competition. Nothing new here except that the food was a lot better than I had on a former cruise. 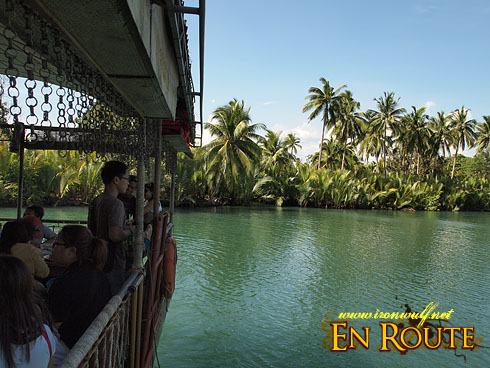 A leisurely cruise while having lunch

Our last stop of course was shopping for a pasalubong (take home gifts). Expect that on any tour operator to take you where you can spend some money. But the good thing here is that the place has a lot of good varieties and some items you can’t buy in Manila like the Baked Polvoron which I bought a few. And as soon as our shopping bags were intact, we were on our way to the airport to fly back to Manila. But there is more to Bohol as you’ll see. It’s turning out to be quite an eco-adventure destination. 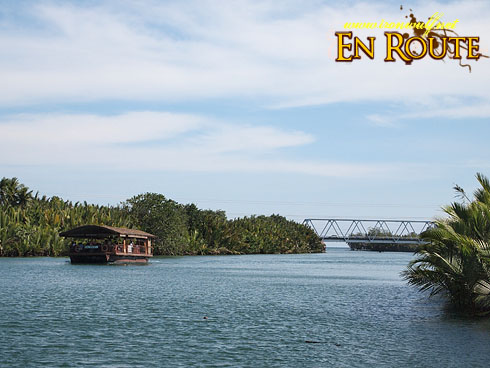 Loboc River Cruise from the bridge