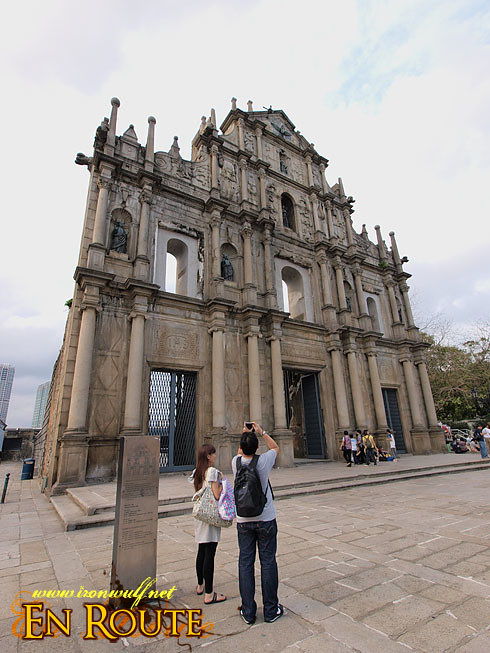 The Ruins of St Paul’s Church

We zigzagged along the streets of commercial establishments and restaurants coming from Senado Square and St Dominic’s Church until we reach the narrower souvenir street heading to St Paul’s Church Ruins. The street here filled with souvenir shops and Macau’s favourite take home gifts from pastelarias selling peanut cookies, plums and beef jerky to mention a few goodies. 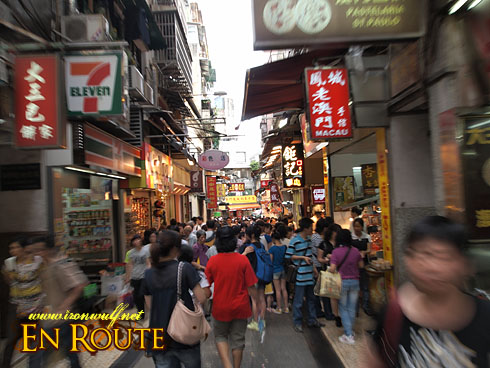 If you ever find yourself hungry in this part of Historic Centre and doesn’t want to spend much on food, try going to this souvenir street where most shops would encourage people to try out their freshly made goodies. Nibble on some peanut candies or chew on those beef jerky. It sure was enough to pave my hunger for a while I was there to do my rounds on the nearby ruins. 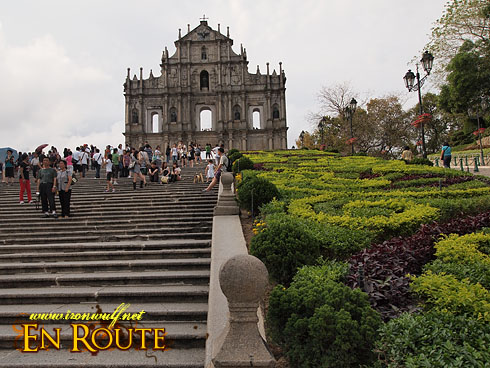 Climbing to the ruins

Be warned that this street is like a funnel with people flowing in and out especially on peak hours from 9am to 6pm. Squeezing our way out from vendors, buyers and nibblers, we finally found our way at the foot of the St Pauls Church stairs. And as expected, there were a herd of tourist there led by their flag toting guides moving around the imposing facade of St Paul’s church. 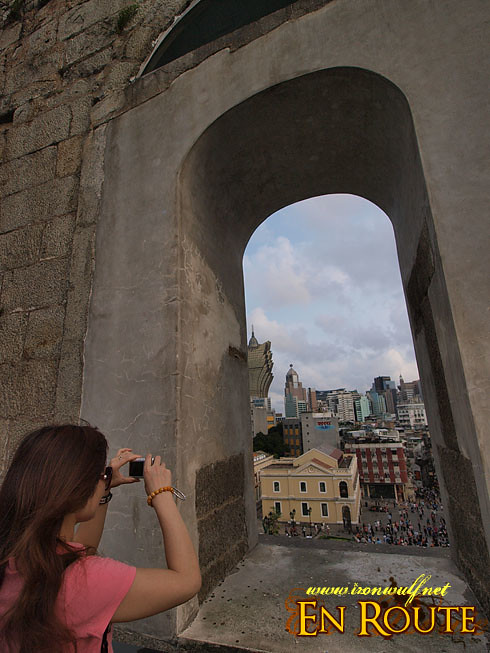 View from the facade windows

St Paul’s Church used to be the largest church in Asia until a fire burned most of the structure down during a typhoon in 1835. Now, all that remains is its intricately carved facade and a crypt which turned into the Museum of Sacred Art. With only the facade standing, people still recognize the importance of the intricate carving which is similar to an altar piece with each section on different levels representing a symbol or story. 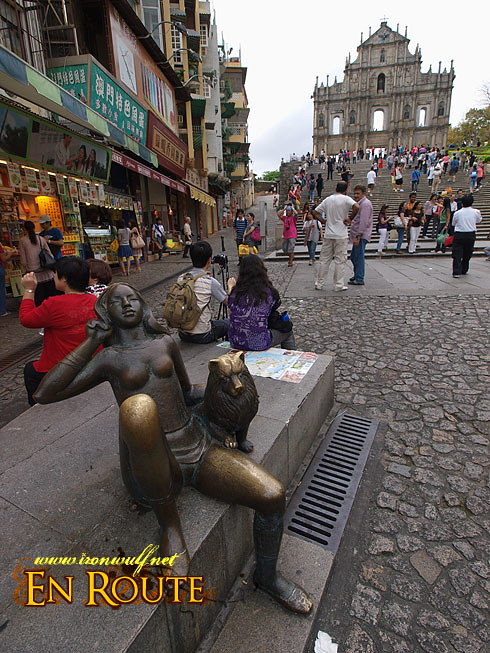 Sclupture by the Ruins Park

People can actually go behind the facade and climb the stairs to see the view from the second level. On the ground are encased glasses which were remains of the old church and going behind it further is the entrance to the crypt which now houses religious artifiacts, sculptures and paintings. On the ground level in front of the church, if people can see past the crowd there are interesting sculptures there that seemed to blend in with the flow of people. 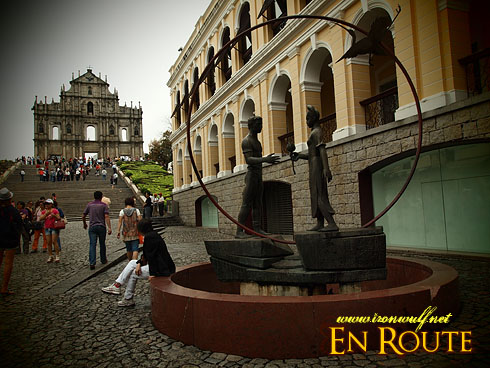 We only saw the ruins, which are also considered as Macau’s monument, only for a few minutes until we moved on to Macau Museum just beside it. We had to sweep through its 3 floors in about 15-20 minutes. It’s a well thought out chronological displays from early Macau days when the Chinese encountered the western Portuguese to the Scenes of Macau’s daily life and Art Culture. The recreated houses, exhibits and interactive displays are really worth the visit when in the area. 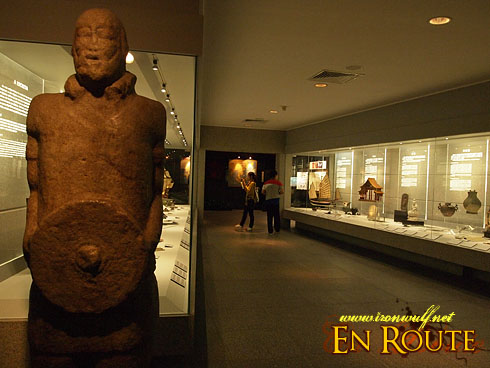 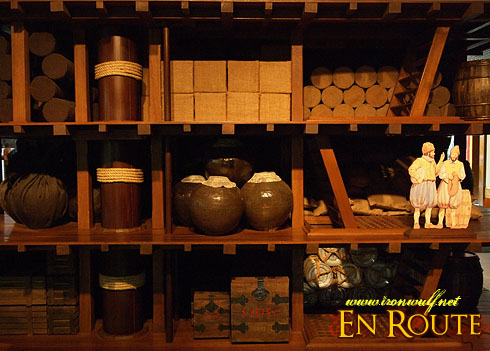