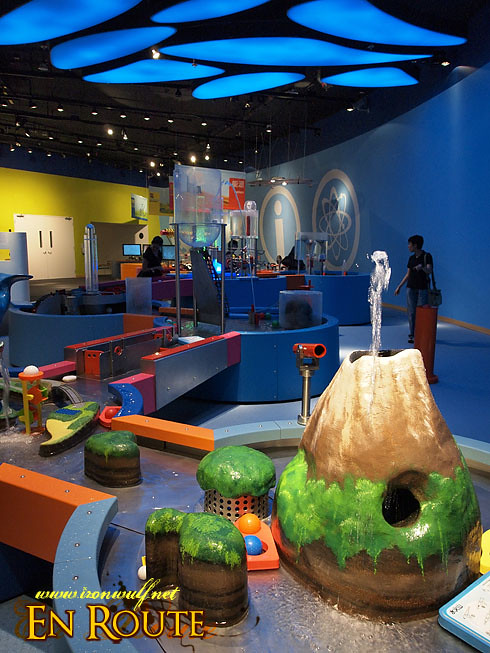 I drop in a red rubber ball inside a large transparent water container with a simulation of a whirlpool inside. It looks fascinating seeing this small cross section on what is definitely an ocean phenomenon to be avoided. I watched as the red rubber ball get sucked into the pool and get discharged under the container. I wouldn’t want that ball be a boat with me in it at sea. It’s amazing I get fascinated by scientific displays as this whirlpool simulation inside the Macau Science Center whereas if I was a kid, I’d just be satisfied by pushing buttons and pulling levers to see what happens. 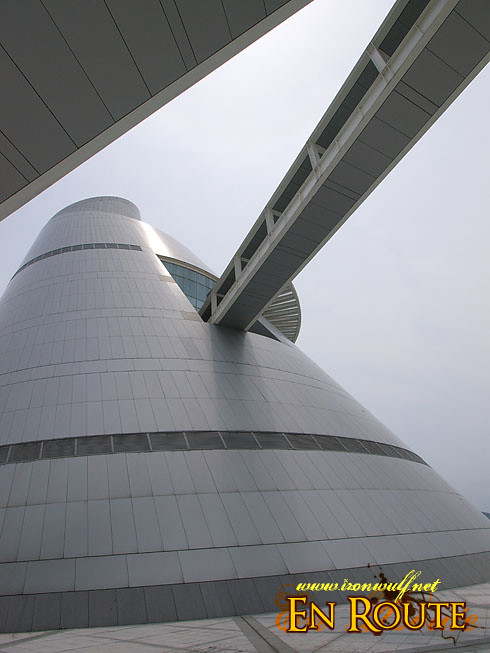 From the historic display found at the Macau Museum, we were brought next to the modern building of the Macau Science Center whose architecture seems to have been taken straight out of a science fiction series or movie. Designed by world renowned architect I. M. Pei, the structure resembles the logo which looks like an unfolding scroll which symbolizes a dissemination of knowledge. There are actually two main sections; the planetarium and the exhibit area. 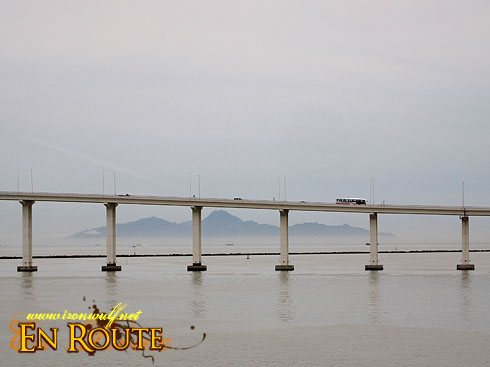 The Planetarium was our first stop to catch the scheduled showing at one of their cinemas. We climbed a wide spiral staircase where the window gives a view of the bridge connecting main Macau Peninsula to Taipa. I thought the gradient mountain behind the bridges looks mystifying. We soon found ourselves at the theater entrance. 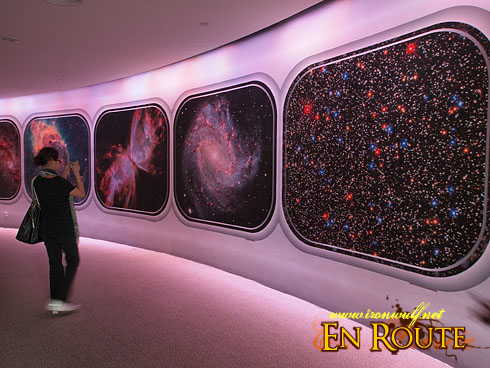 At the Planetarium Theater Entrance Hall

I thought this would just be the usual film screening but there is something different. There is no screen. No wait! The whole circular dome is the screen and the seats are reclined to almost a lying position that we could see the whole ceiling. It was so comfortable I barely kept myself from dozing off. That is until the show entitled “Cosmic Collision” started. 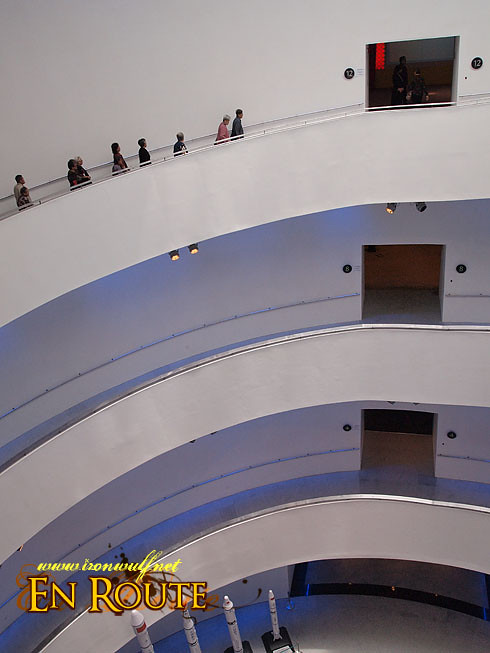 It was pure eye candy as if I was floating into space and witnessing the birth of the universe with my own eyes and I’m hearing Chinese. Oh yeah, the audio was in Chinese until someone informed us few minutes before the 30 minutes show ended that we have headphone consoles on our seat’s armchairs. Darn, it would have been great to hear everything that was narrated. 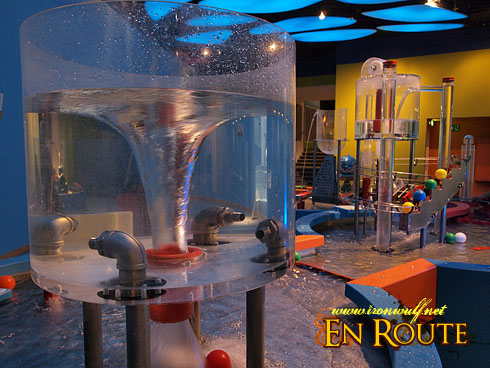 We moved on to the exhibit area composed of 6 floors connected with a spiral platform and a space shuttle at the center of the area. We decided to take the elevator to the topmost floor and make our way down the exhibits. The top most floor where the first open exhibit area is the 3rd floor (which is really the 4th but here they consider the base level as ground floor and the 2nd level the first floor). 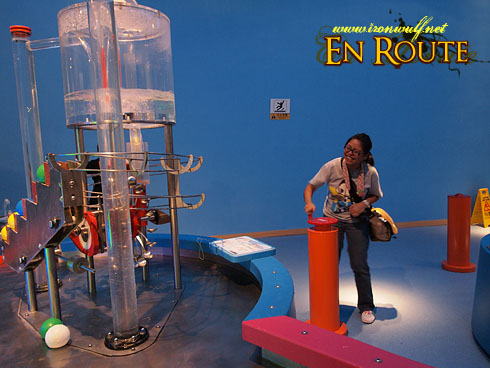 Each level has themes and we certainly made use of our time there inspecting a few interesting exhibits and having fun like kids as we tinker around buttons, levels and triggers. The 3rd floor has Food Science, Sports and Ecology Galleries. The 2nd floor is Meteorology, Earth, Science Exploration and Robotics Gallery. The first level has Science Express, and Children Science Gallery. On the ground floor, aside from the Space Science Gallery they also have a section for open and travelling exhibits. 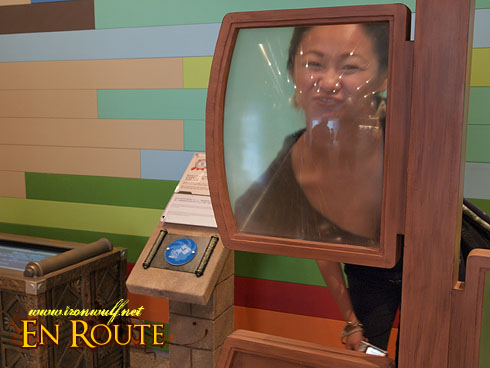 This is definitely a fun place to take along some kids and adults as well. I certainly had a good time re-learning my science. The Cosmic Collision 3D show is not only an eye-candy but educational as well.
Macau Science Center 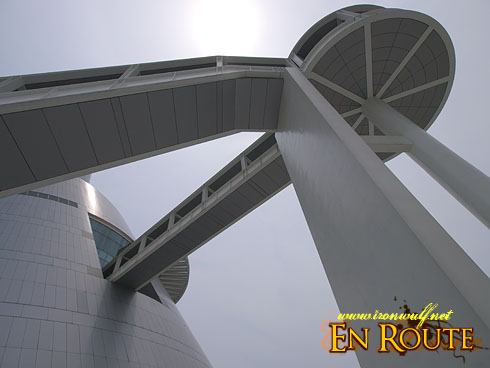