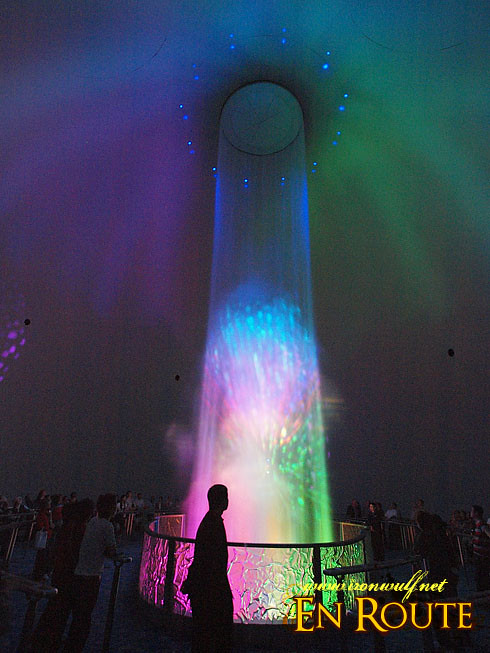 The fountain lightshow at the Bubble

The name City of Dreams seems like a fantastic surreal place. But as we drove nearer coming from Macau Science Center we saw three buildings rising high along the reclaimed Cotai Strip area. The three buildings are the Crown Tower, Hard Rock Hotel and the Grand Hyatt. Our first stop of course was the Horizons Restaurant at Crown tower where we were a luxurious lunch of Smoked Slamon, Kabucha, Prime Tenderloin and Cream Brulee. 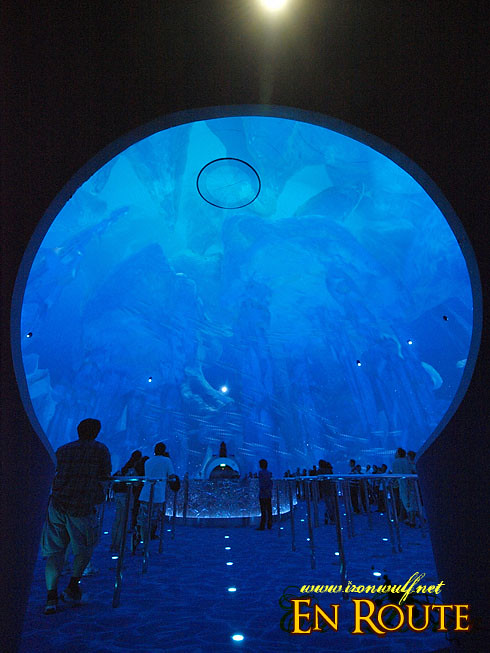 Enter the Bubble at the City of Dreams

We welcomed a short walk along the halls to burn even a miniscule amount of calories from everything we ate. We were then led to what they call The Bubble Theatre. I have no idea what is being shown here. But a number of people are in queue so it must be something worth the long line.

As soon as we got in we were in a big dome similar to the 2D dome at the science centre but this one has a fountain at the centre. Cha told us we should position ourselves farther away from the centre to get a better experience and so I did. 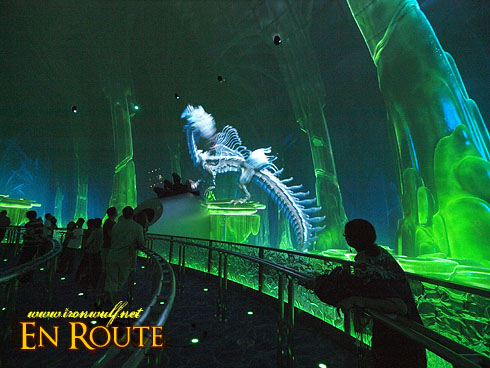 The music started and central fountain opened with a play of light and a shower of Chinese characters and coins. Then huge tiger approached from afar and started walking around the dome. It was amazing. I wonder how this 360 screen dome produced this animation. Keeping it short, I was glad I didn’t expect anything here because for a 10-minute show. It was a mesmerizing experience.

A 2-minute Snippet of the Dragon’s Treasure Show

Aside from the tiger which was an addition because it is the animal this year in the Chinese Calendar, we have four dragons which were the star of the show. Each dragon would activate this pearl/treasure and we were then taken into their worlds. The graphics were amazing and really does feel like I’m in a different place. It’s a great 10 minute show and best of all it’s Free! 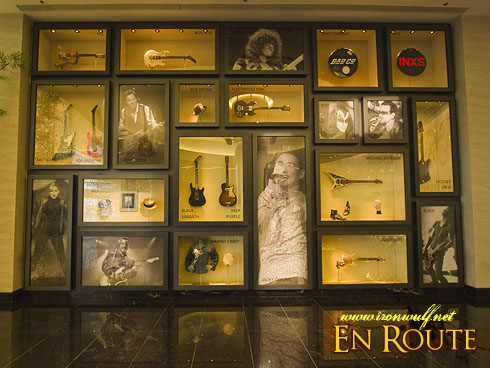 Memorabilias on displaya at the Hard Rock Lobby

Cha, who has seen this show several times, told us they change it up a bit from time to time. Like the tiger was just a recent addition. Several facts I learned about the Bubble Show. It cost 40 million US$ to create and is the largest special effects dome in the world. Along with the hair-raising musical score and high definition video, the dome has 29,000 theatrical LED lights. Amazing! 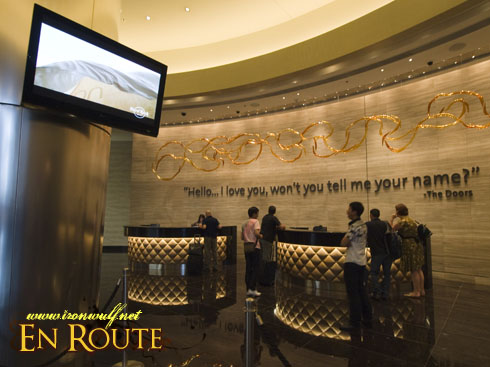 The lobby of Hard Rock Hotel

The Bubble exit led us to the City of Dreams Casino. We were not allowed to take photos but I don’t think I’d like to take photos of people gambling either. We had a short tour of the rooms at Hard Rock Hotel. Of course the rooms try to imbibe the Rock and Roll lifestyle feel. But I think the designer is a bit stoned or drunk on some of his design choices. The lobby looks great though.

We headed back to our hotel, Ponte 16 and did another short tour of the Mansion and MJ Gallery before our brief rest for the afternoon. Yes, the day isn’t over. The evening is just about to start.