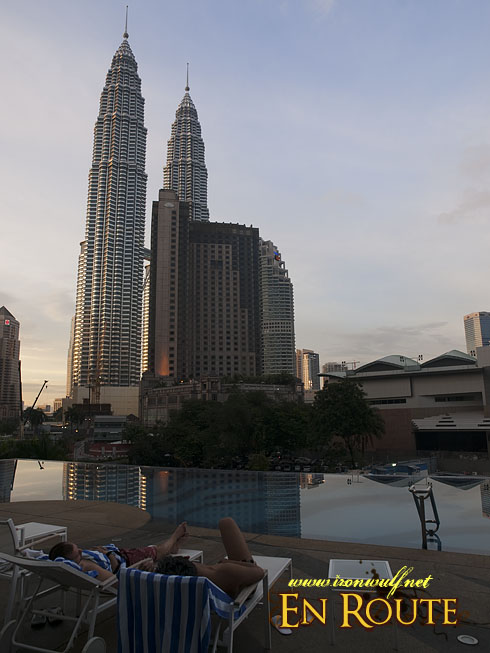 Among the ASEAN Countries outside the Philippines, I think Malaysia is the one I have frequented most. I remember it being my first passport stamp out of the country when we climbed Mt Kinabalu in Sabah, and since then Kuala Lumpur has become a gateway for my travels in Asia but have never really gone out to explore the city except for climbing one of the nearby mountain peaks of Bukit Tabur before. So when Tourism Malaysia sent an invite for a Familiarization Tour in conjunction to their Merdeka (Independence) Celebration and suddenly my schedule got free on the said dates, I didn’t think twice of course. It’s an opportunity to get to know the country more.

END_OF_DOCUMENT_TOKEN_TO_BE_REPLACED 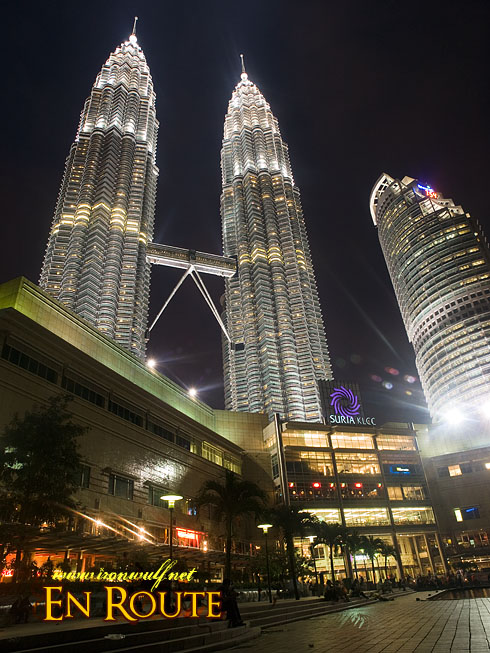 It was officially my last day of my two weeks trip around Laos. I can’t help but feel sentimental while I’m having my tea, toasted bread, jam and fruit breakfast at Lao Heritage Hotel. I was already awake by 5:30am just to get ready to go to the airport. Wattay International Airport is just less than half an hour away so I wasn’t in a hurry.

END_OF_DOCUMENT_TOKEN_TO_BE_REPLACED

Got a quick fun post here to answer a pending meme and still feature another travel attraction. I know it should be raining a lot these days but it isn’t. Aside from the afternoon short burst of rains, water levels are still at critical level and the morning to afternoon heat is just unbearable nowadays. That’s why browsing through some photos of my recent trip to Kuala Lumpur, I saw some pictures of Cosmo’s World Theme Park. It’s is dubbed as the largest indoor amusement park in th world. Boy wouldn’t it be great if we have one here? A park with controlled air con temperature and no worries about the rain?

END_OF_DOCUMENT_TOKEN_TO_BE_REPLACED

Whenever I explore a certain place, I try to look more into areas and attractions closer to nature. And with this, I was quite impressed to find a forest at the heart of the cosmopolitan city of Kuala Lumpur. This is not just a recreational park at that or was made for that purpose of having a city forest, in fact it is one of the oldest permanent tropical rainforest in the country. Now let’s take a short hike into the Bukit Nanas Forest Reserve.

END_OF_DOCUMENT_TOKEN_TO_BE_REPLACED

I have always been a nature person. Given a choice if I’ll hang around a mall or the countryside I’ll definitely choose the latter. With my friend already off back to Singapore by bus yesterday, I’m on my own on my last day in Kuala Lumpur. So what am I to do on this city of skyscrapers and railways before I fly out by night? I’ve already explored the Mini-forest at Bukit Nanas near the Menara Tower and been around the malls and parks in the city. So very early in the morning I went to the nearest LRT, bought a ticket and took the first train to Wangsa Maju station since I decided to go a bit out of town to climb Bukit Tabur in Taman Melawati.

View of the serene lake which is really a big Dam

Before I went on my trip, I researched around where I could find a nice nature tripping escape out of the city. There are lot actually around Malaysia, but most would take at least 3 days on which I have no luxury at the moment. Then I stumbled on some photo groups and individuals who were raving about their sunrise pictures at a place called Bukit Tabur which is only 30 minutes away from the city. So I researched more and found some bits and pieces of information and asked around as well. The place is not really a tourist spot so you won’t find it in any guide books around. So here am I again, going to another off-the-beaten path, riding on the train, armed only with a few notes and information, I was wondering if I’ll be able to climb the place or find it at all. It always give me a chilling feeling traveling to an unknown place not certain of what I’ll found. I remember my first lonely planet travel to Sagada on an unconventional means years ago, I felt a combination of fear and anticipation like now. I guess adventures are like that, you always start of with a cold feet, but once you step a foot forward, it makes all the difference and you move on.

END_OF_DOCUMENT_TOKEN_TO_BE_REPLACED

I’m bit tired right now to do a full featured detailed post so I hope this photo essay of Kuala Lumpur’s Petronas Twin Towers would do for now. The Petronas Towers used to be the tallest structure in the world until 2004. I guess this is also one of the most photographed structure in Malaysia. So capturing another angle of this tower would be somewhat a challenge. This is also one of those times I wish I had a wider angle lens with me.

END_OF_DOCUMENT_TOKEN_TO_BE_REPLACED

The week that was has been a very enriching cultural experience. To be finally able to walk the old stone steps of Angkor was a dream come true. And to visit one of the major cities of South East Asia, Kuala Lumpur and experience its multi-cultural environment was rewarding as well. Allow me to share my brief impressions of both cities.

Let me say this first, that for a third world country, Siem Reap in Cambodia, is a really expensive place to visit. The cheapest food ranges from $2-3 USD. Relatively expensive compared to say Vietnam. Just walking the streets, you’d be hoarded by a slew of vendors and Tuk-tuk drivers that after a few days can get really annoying. Soon you’ll be able to memorize the phrases like “1 dollar!”, “Tuk-tuk sir!”, “Want something cold to drink sir? Something to eat?” But getting used to these nuances and actually dig deeper into their culture and crafts, you’ll find them to be very interesting.