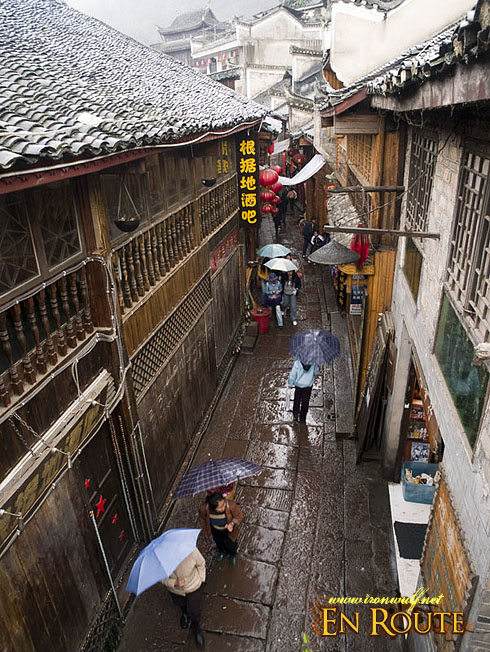 The narrow flagstone streets of Fenghuang

At least a couple of hours bus ride from Tongren, we arrived at the town of Fenghuang, located at the north-western side of Hunan province. Since our next bus ride to is a bit late in the afternoon, we decided to spend some time in town. Fenghuang has two sides, the modern and the ancient. The Ancient River side town is considered as one of China’s Heritage and also one of the two most beautiful town in the whole China, the other being Chang Ting in Fujian Province.