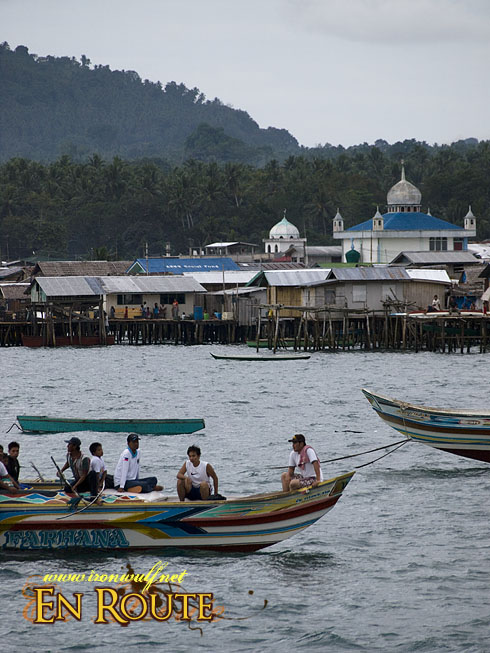 View of a mosque, Stilt houses at Jolo Port, Sulu

The volcanic island of Jolo in Sulu has been a staple on recent news lately. More so on the rampant kidnappings happening on the region, particularly in Southern tip of Mindanao. Just recently, this early 2009 there were around 10 kidnappings reported, from missionaries, traders, volunteers and even a 9 year old boy who just came out of a computer shop was kidnapped. It is a sad fact but there are really places in the Philippines that are best avoided and one of those is this volcanic island of Sulu. Quite ironic when we landed on Zamboanga Airport, there was a WOW Sulu banner on the arrivals.