A stay in Manado equals convenience as attractions in and around North Sulawesi are just nearby. One of the nearest attractions is the coral-fringed Bunaken Island, part of the Bunaken National Marine Park. The park, with its 1,566 deep waters, boasts of rich biodiversity where 70% of fish species from the Indo-Western Pacific Ocean and seven times more genus of coral than Hawaii can be found. It’s definitely a haven for divers and snorkelers. For beachcombers, there’s a stretch of white sand beach tucked behind mangroves at the southern end.

END_OF_DOCUMENT_TOKEN_TO_BE_REPLACED

“Why would I want to do that?!” Chele, one of our comical and lively companion in Camiguin exclaimed with a ghastly expression on her face when I broached the idea of snorkeling at the Camiguin Sunken Cemetery. I couldn’t blame her since the thought of venturing in the cemetery at daylight already creeps some people out, what more on the deep-sea water. But curiosity got the better of me and I’m already have a firm resolve that I would snorkel here one way or another.

END_OF_DOCUMENT_TOKEN_TO_BE_REPLACED

I remember how excited I was almost 8 years ago when I was finally going out of the country to travel for the first time. Kota Kinabalu was the first stamp on my newly acquired passport and I finally got to experience riding an airplane via AirAsia. It was so memorable as we climbed Mount Kinabalu then,enjoyed some islands and nature parks. A similar kind of excitement was brewing when I joined Zest Air’s inaugural flight to Kota Kinabalu last weekend. There was no climbing this time but I still recall the cold air and the somewhat hangover-state-of-mind while climbing the summit of Mt Kinabalu when I saw the mountain through my plane window. The rain-cloud draped city looks back like a familiar friend but noticeable is the aging state and a few constructions to perk up the city skyline. Off coast, the islands of Tunku Abdhul Rahman Park still looks pristine. I immediately recognized Manukan Island there and remembered our fun beach bumming and snorkeling excusion. Ah yes, its nice to see you again Kota Kinabalu.

END_OF_DOCUMENT_TOKEN_TO_BE_REPLACED 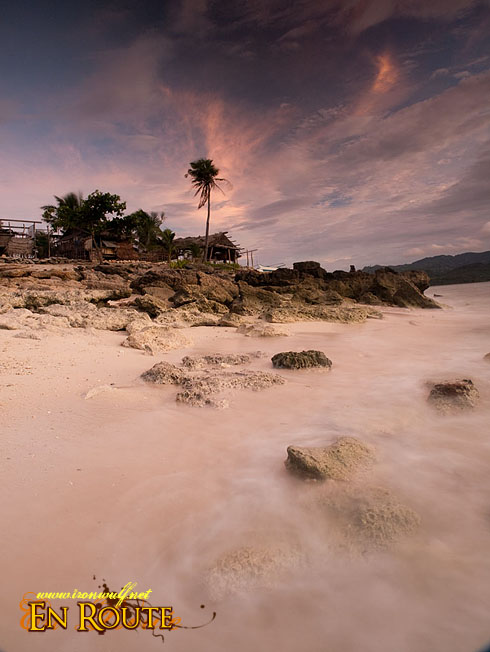 END_OF_DOCUMENT_TOKEN_TO_BE_REPLACED

Entering the Mangrove Forest in Tulapos

It’s been rather busy with the month of November ending. But here’s to continue with the Siquijor series: After our brief sojourn in Salagdoong, we went back to the marketplace of the town of Maria for our hearty breakfast at the carinderias there. We also mapped out our next few stops as well. Next on our list, we have to go back up north and head to the Tulapos Marine Sanctuary.

END_OF_DOCUMENT_TOKEN_TO_BE_REPLACED

The famous pinks sands of the Great Sta Cruz Island

Even before Boracay and Puerto Galera got its fame as some of the most popular beaches in the country, there was the Great Santa Cruz Islands and its famous rare pink sand beach stretching three miles across the island shores. An old coral vendor on the island reminisced the days when they would get a large number of tourist in the area and they would get considerable profits selling some of their wares. But since the kidnapping and abduction incidents in the nearby areas, people are now scared to visit the island and its popularity went downhill from there.

A pink sand beach is very rare and there are only a few of them around the globe. They can be found in Horseshoe Bay in Bermuda, 3 islands from the Bahamas, Culebra in Puerto Rico, Maui in Hawaii, Santorini in Greece, Barbuda in the Carribean, Crane Beach in Barbados, and here in The Great Santa Cruz Islands in the Philippines.