Weekend escapes usually entails some planning – from where to go, how to get there, what food to bring and where to stay. The choice for weekend trips from Manila are usually at the popular beaches of Batangas, Zambales and Quezon. What if I tell you there’s a tranquil and secluded cove only 3–4 hours away from Manila that you just have to conveniently bring yourself and not think about the food or the place to stay? Aroma Beach Hideaway is tucked in between Morong and Bagac at underrated Bataan. Managed by Bataan Nature Adventure, they emphasize on just enjoying your time at their beautiful cove and let them handle the rest.

END_OF_DOCUMENT_TOKEN_TO_BE_REPLACED

About 2–3 hours away, north of Manila, is the province of Bataan. A place commonly known for the historic Death March, where Filipino and American soldiers stood their ground in World War II and was eventually led by the Japanese to a torturous 130km march to Capas, Tarlac. The Memorial Cross at the Shrine of Valor is a towering reminder of the war and to honor these soldiers. Osprey Packs Philippines, recently led an adventurous bunch of explorers from traditional media and travel bloggers to discover Bataan,  the historic attractions and beyond. Each of us were equipped with our very own Osprey Packs for the tour. My Osprey Momentum 32, a 32 liter technical pack ideal for active traveler sporting a pocket-full design along with its two major compartments, a rain-cover tucked underneath the bag and an AirScape back panel making it easy and comfortable wearing the bag as we go out and about in Bataan. For me who was last here in 2011, it was a surprise to see the development happening in this province in the realm of tourism.

END_OF_DOCUMENT_TOKEN_TO_BE_REPLACED 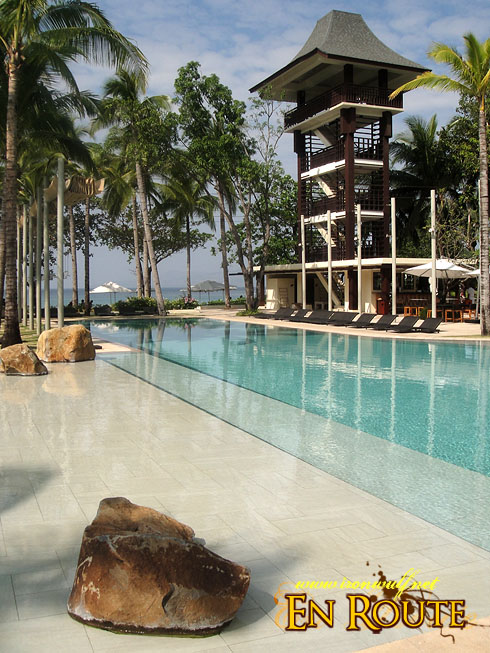 More often than not, when development invades a place, it is the natural resources that are left to suffer when people started building structures. It’s a good thing that community developers now know the importance between the balance of nature and community. Anvaya Cove at Morong, Bataan is one such community concerned with environmental sustainability. They created the AEFI (Anvaya Environmental Foundation, Inc) and I got a chance to be part of their maiden project last December 5, 2009, which is the Clam Seeding for Reeforestation.