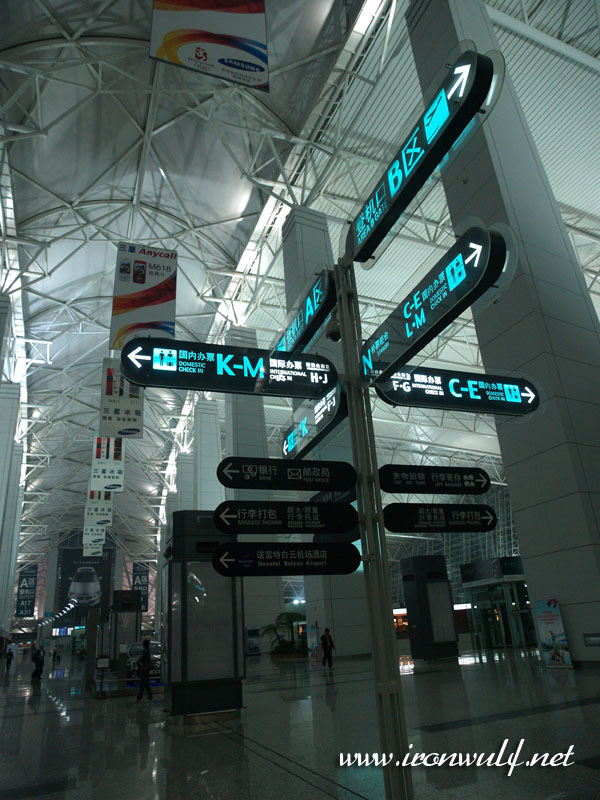 Here’s just a quick post on my first leg in China. Am Currently still in the middle of my trip here in South West China where the regular temperature is around 12-15 degrees. My entry point going here is from Guangzhou where I would be meeting a friend of mine who would be joining me on this trip. It’s my first time to enter China and my transit in Guangzhou’s Baiyun airport is quite an experience itself already. 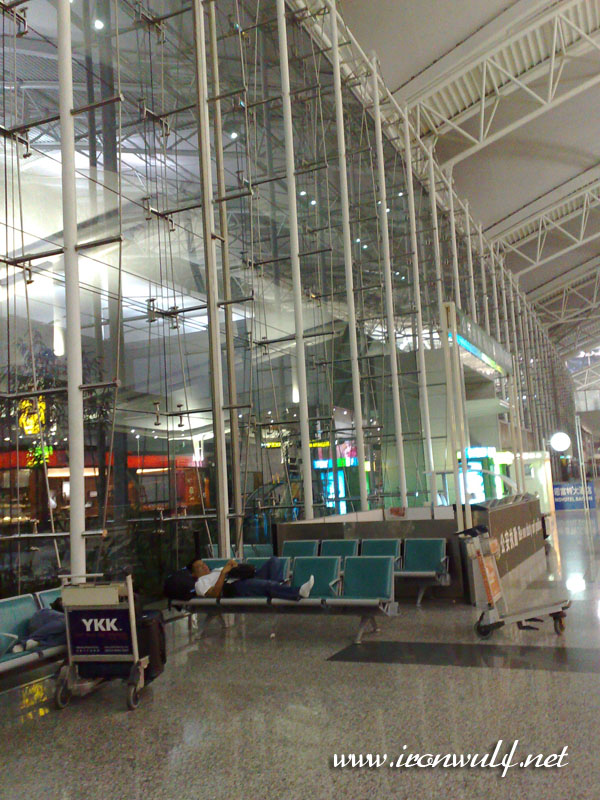 Upon entering, I realized that Baiyun Airport is huge. And also I learned how strict the security here in China is. A fellow Filipino was taking pictures of themselves along the immigration section and immediately, security told them that there are “No Picture Taking” allowed. The guard asked them to “Cancel” or delete the picture immediately. I managed to take pictures from my phone but I think I won’t post them here. 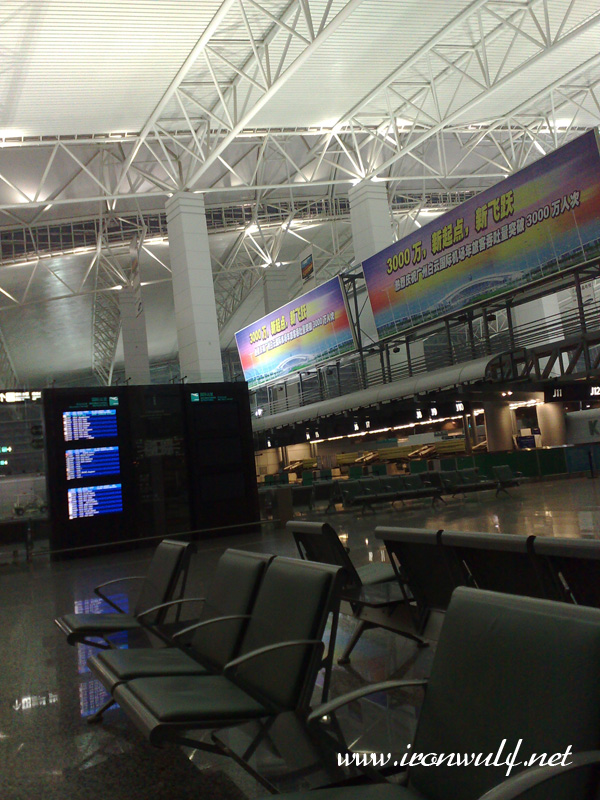 Waking up at the departure area

We were supposed to leave early 8am the next day for our flight to Chongqing and since it was really late and I arrived here around 10pm, we decided we’ll just sleep here at the airport to save cost. Going to the city is 30-45 minutes away and we still have to pay for accommodations which we’ll only use for a few hours which isn’t cost effective. We stayed at McDonalds there which have a free wifi and was up even until 12 midnight. By 1am we decided to squat at the common area where some folks where already sleeping at the benches but shortly security directed us to the 3rd floor departure area. 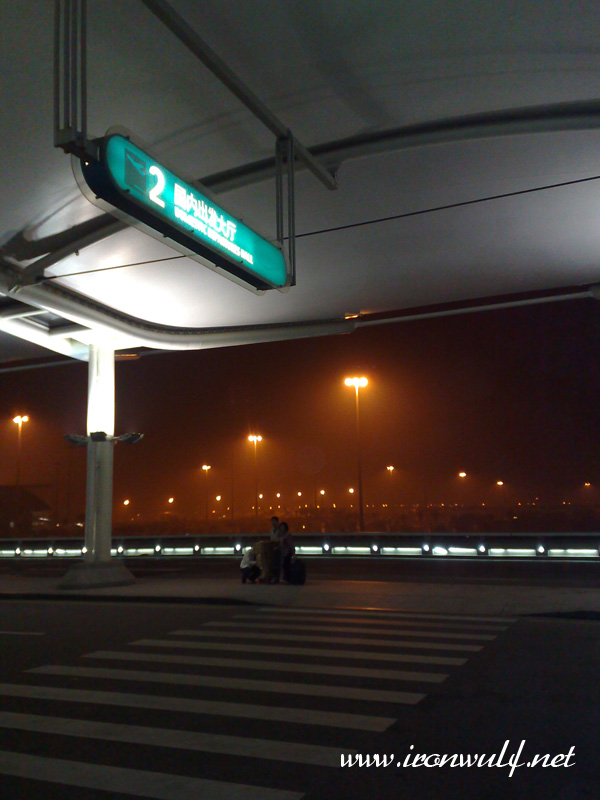 Morning smog at the airport

Baiyun Airport doesn’t operate like our airports, they close at a certain time. We found a nice spot at their huge departure lounge and was able to catch some sleep there for a few hours. By 5am the lights went up and the airport started to wake up. I washed up at the restroom there and soon we tried to find a nice place to eat breakfast. But first we found the Checkin for China Southern Airlines already open so we checked in first. There’s this Chinese attitude where these people just cut in line. Good thing we were able to check in properly and looked for a place to eat. We did try to look for a place but most of them were expensive so we ended up back in McDonalds for breakfast. We also took a peak outside the airport and all I can say it’s really smoggy there. Pollution probably? everything’s white and misty. 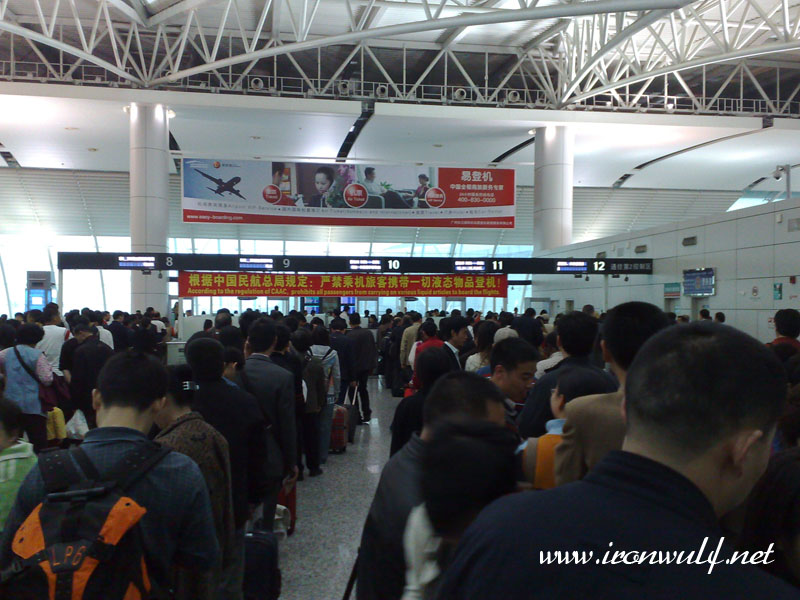 Now I understand why Baiyun is so huge. It may be possible that around a million people transit here each day. The boarding gates was chaos and filled with people. And again, even using only my camera phone to take pictures one of the lady guards told me picture taking is not allowed there so I just stopped. 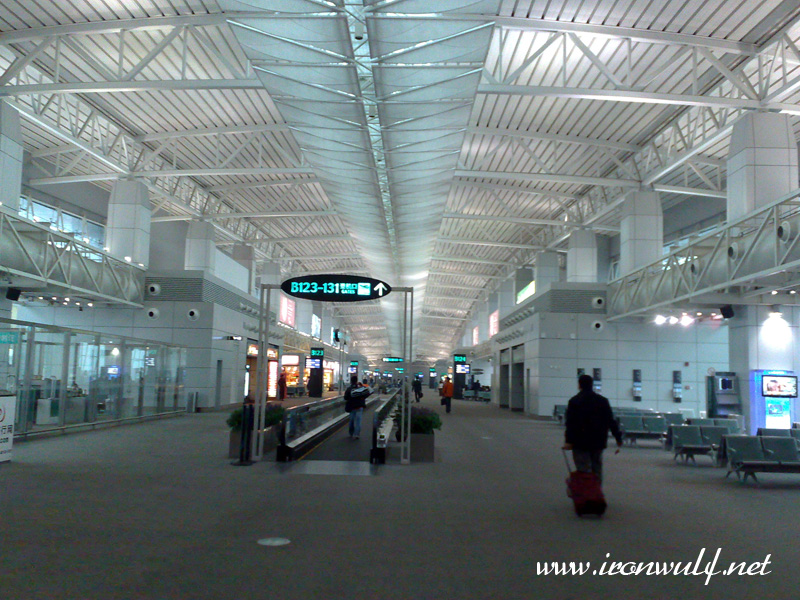 We breezed through the departure lounge since it’s only a few minutes left past our boarding time. We wished we had went there earlier seeing it looks really nice but the plane was about to leave so we went off early.