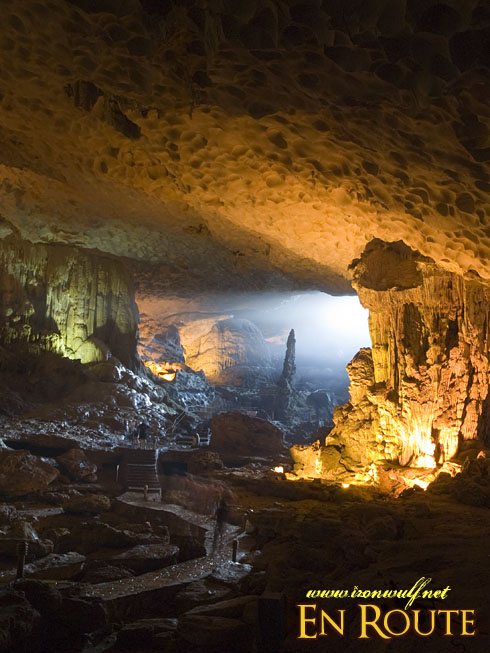 Aside from cruising the numerous karst islands of Ha Long Bay, another activity along this UNESCO World Heritage Site is spelunking. There are a number of cave systems on some of the thousands of islands dotting the bay. On our first day of exploration, we were able to visit one of the popular caves at the center island of the bay called Sung Sôt Cave. Found on Bo Hòn Island, the cave has also been known as the Amazing Cave or Cave of Surprises. 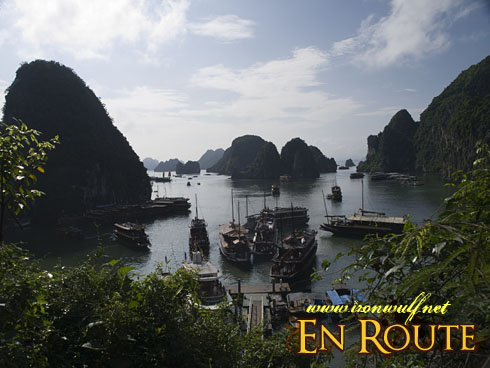 From our Aloha Junk, we rode a smaller boat to reach the Bo Hon Island wharf near the Jump-off point to the cave. There’s a separate entrance fee here which I didn’t get to see how much because it was already paid by Handspan for us. There’s a short steep climb of stairs to reach the cave mouth. On a resting platform, you could view the bay on which the junks are docked. The place really reminds me of the entrance bay at Kayangan Lake, Coron. 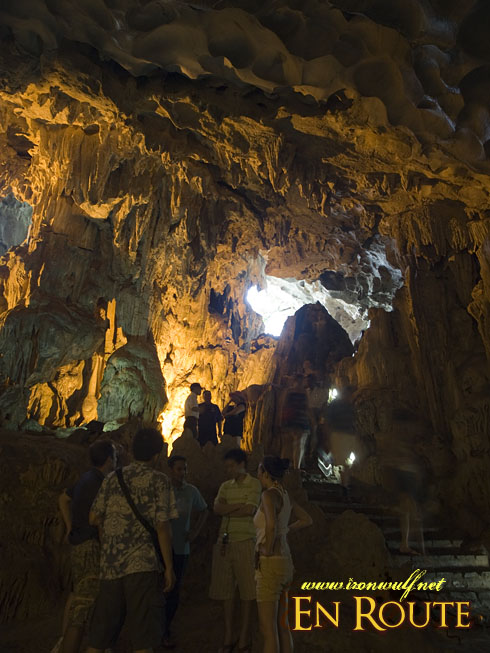 When we got to the top, we entered the first chamber. It’s fairly a small chamber but have a ceiling area. Pretty cool temperature inside. But being quite a popular cave in Ha Long Bay, there were lots of visitors as well. It irks me a bit to find so many people in this small chamber already taking posterity shots at an elephant stalagmite formation on the lit wall. 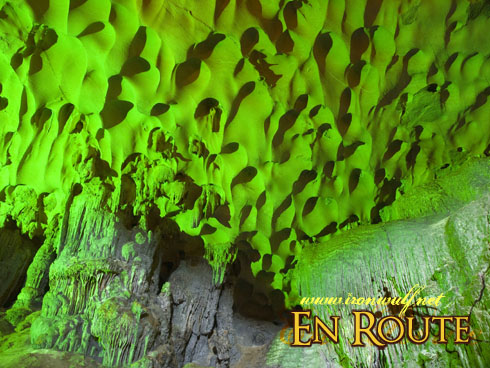 We moved on to the second chamber after going through a short narrow passage. The second chamber is a little bigger and has more light in. It highlights the impressive ceiling texture of the cave. Pretty impressive since it’s the first time I’ve seen such formation. I noticed Vietnamese are like Chinese when it comes to cave attractions. They like to lit them up with varying colors. So this this ceiling looked more like an alien goo falling or a melting chocolate mint ice cream dripping. 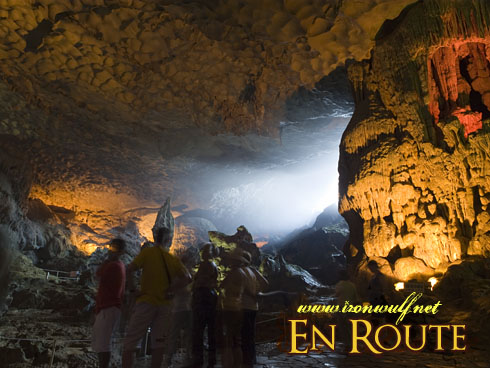 Going through another smaller passage, we reached the last chamber. It was the biggest and most spacious chamber of the cave. A light was leaking through the cave mouth, offering a dramatic illumination of the rock formations. 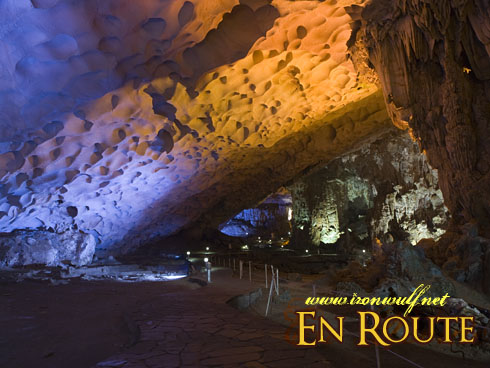 Sung Sôt Cave had been clearly developed to make it more manageable for tourist visitors. Cemented paths and side lights are installed. It’s also good that they cordoned off areas where where sophisticated formations are found. 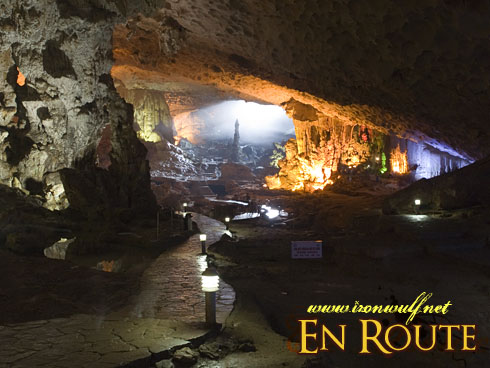 Towards the exit, I thought the large towering stalagmite near the exit area was very scenic with the natural light flooding in. I really like the cave and thought that the stalactite and stalagmite formations were really impressive. I just didn’t like it that there were already a lot of people in the area. 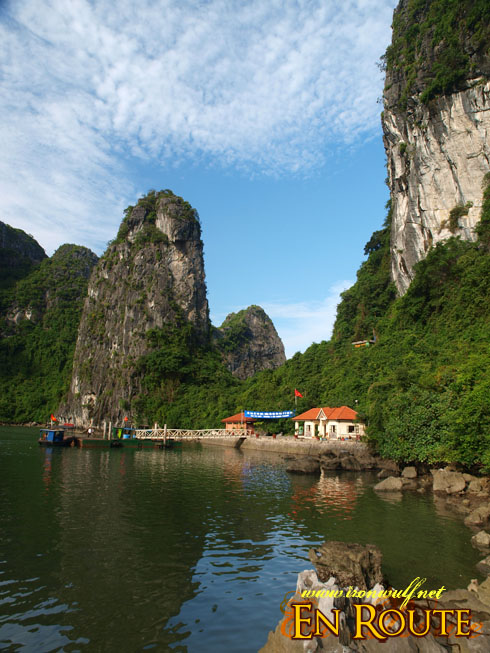 We exited through another cave opening which has another set of stairs leading down to the wharf where our boat was docked. It was a fun exploration, pretty easy to walk through, a bit commercialized though.