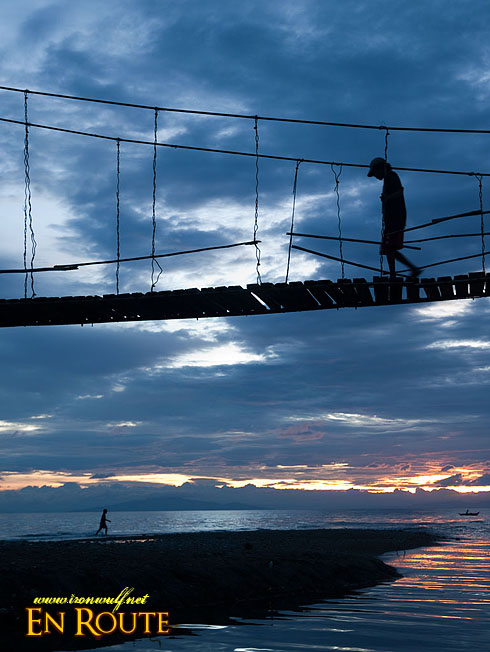 Gasan Crossing but not meeting

Our jeep raced through the major highway of Marinduque coming from Sta Cruz. It was already late and we were hoping to get back at the resort by sun down. We sped through the Island capital of Boac and soon crossed the borders to Gasan. Our driver may have miscalculated the time or it took use quite some time taking pictures of each area as it was already past 5pm. The sun was going down fast and I knew we won’t make it in time. 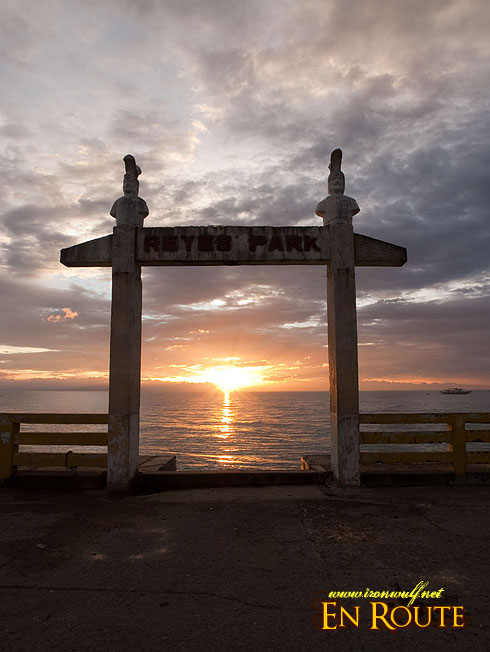 We reached the town center of Barangay Dos in Gasan where our jeep stopped by a gas station to refill its tank. I suggested to Oggie and Allan that we just take pictures here since we won’t make it back to the resort in time and make do of what we can have here. We got down and walked the town boardwalk which is Reyes Park. Gasan which is right smack in the middle west of the island shares a bit of history. It was in Gasan when the Japanese forces first landed in the island in 1942. it was also here where the combined forces of the US and Philippines army landed and conquered the Japanese on what would be known as the Battle of Marinduque in 1945. 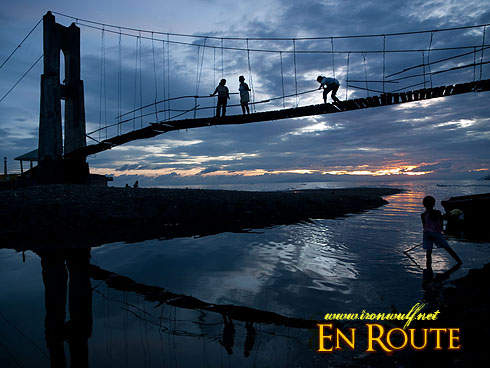 Right at the end of Reyes Park is an old hanging footbridge where a river flows freely to the sea underneath. This old footbridge which serves also as a landmark connects to the Barangay Dili on the other side of the river. We were in a hurry to find a nice spot to shoot the setting sun that I wanted to cross the bridge fast. It was scary, as the bridge was worn out. The wooden foot panels already have uneven spaces and part of one side of the bridge already has loose rope connections which keeps the bridge in balance. I scuttled carefully to the other side. 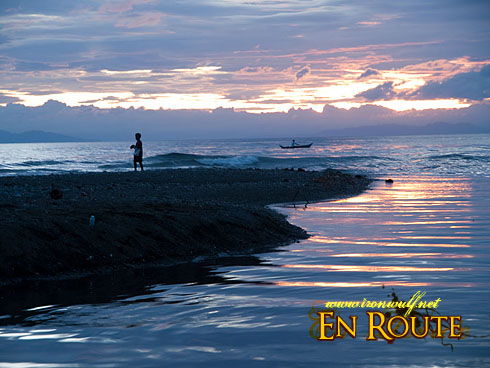 Gasan Twilight Waiting by the sea

Seeing the bridge against the deepening twilight blue sky evokes a strong symbolic impression to me. The foot panels, the web of strings strung together to keep the bridge hanging. Maintaining the connections between two separate worlds. One side projects development and the other side decay. Would a decaying bridge be a symbol of hope or a crumbling foundation? Will this bridge be build with greater stability or will the people be contented to walk in fear and worry that each step, they might fall. The answer lies in waiting. 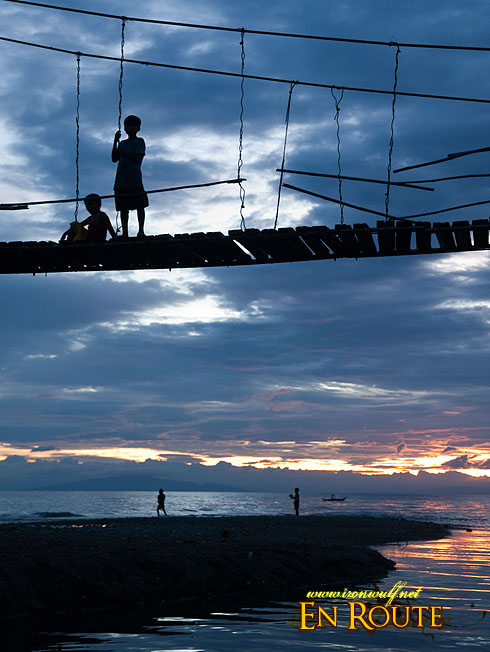 Gasan Up up and down down, curious eyes watching

The sun dips in faster than we expected. The community on the other side of the bridge are mostly a cluster of shanties facing the sea. The karaoke music was blaring in the air. Children were soon crowding to were we are, making the scene more of a mess really than scenic. Each curious as to what we were doing there. 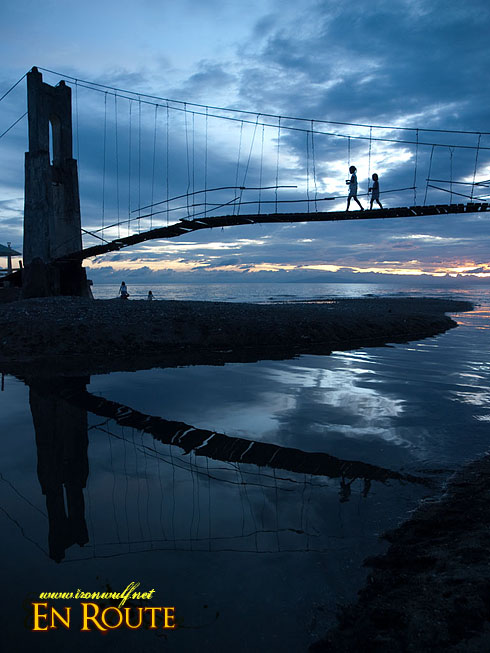 As I leave and got myself ready to cross the bridge again, I hear some kids asks me why don’t we take a picture of them this time. It shows again the penchant of Filipino’s love for cameras. As much as I liked to do portraits, it was near dark already and should be going our way. I threaded the bridge carefully again, not helped by the strong rocking motion of the people coming from the other side. The sun has finally settled and crossed the bridge to find our jeep nearby.