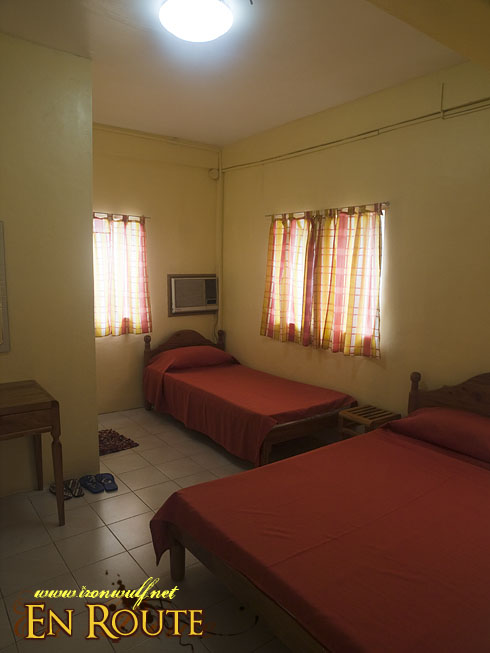 With more time to roam around Basco Batanes, I was able to see what has changed since last time I was there. Nothing much really aside from some re-construction of some buildings. What I noticed though are some changes and additions on accommodations in Basco. With the rise of tourist in Batanes, it’s a good thing there’s a growing number of places to stay in Basco. Here’s a nifty guide on where to stay in Basco with personal comments and impressions on each of them. 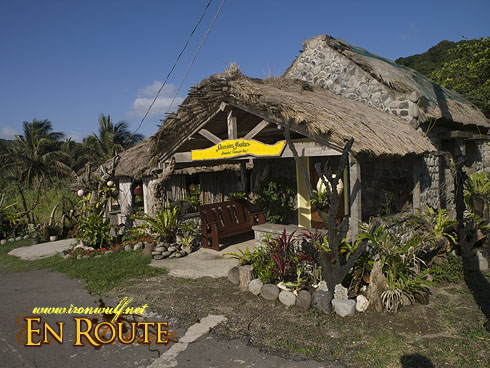 Pension Ivatan Hometels
Coming from the airport, their large banner is the first one you’ll see upon exiting the airport. Their main lodging is just beside the airport and they have another location in town at Babat St but the one location that really caught my attention was their Valugan Hometel. It’s like a beach house designed like an ivatan stone house that can house a family or a barkada of 4 to 5 pax for Php 2000 a night. It has full amenities, cable tv and a small swimming pool at the back. Located just along Valugan Beach. 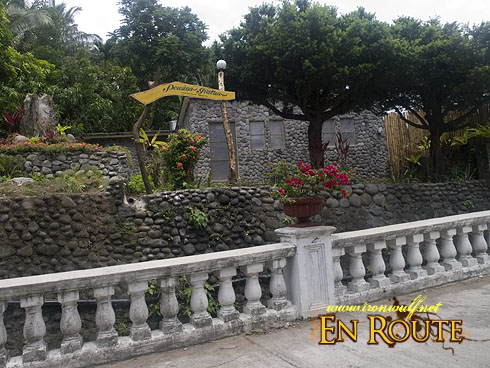 Their town hometels has common areas with house amenities and basic rooms with air conditioning, en suite bathrooms for Php1000 to Php 1200 a night. It’s a pretty good and fare lodging. They also own Therese Coffee Shop which I personally find the food good and serves native Ivatan Dishes. Location is on the farther north east of town which is away from all the action. But if you don’t mind the long walks its a pretty good place to stay. 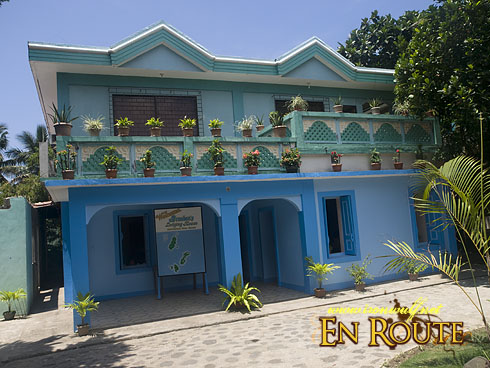 Brandon’s Lodge
This is where Pension Ivatan used to be but the place is now known as Brandon’s Lodge under a new management. Rooms are also priced Php 1000 and Php 1200 for double and queen sized bed. They have complete amenities and they also have a nice restaurant which opens from 7am to 11pm. Ivatan Dishes are also served here. Location is also on the North East of Town right smack where the National Road and Babat St meet. 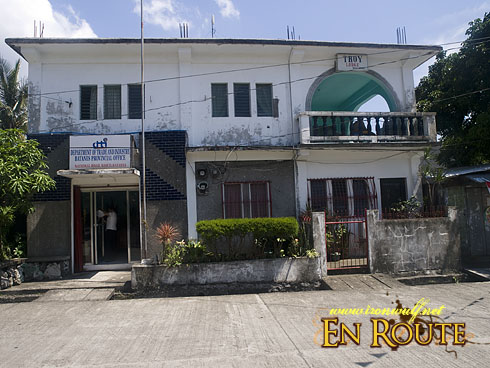 Troy Lodge
I was actually looking for this place but found out they moved location from Babat St where Jens Peter’s book said is located. They are now located on a two story building right across Basco Hospital at the National Road. It looks pretty old. I didn’t get to see the rooms but I talked to the owner and said she has single and double fan rooms with communal bathrooms for Php 250 and Php 500 pesos. She said they have other rooms at 096 Argonza street. Pretty good place for backpackers saving their money. 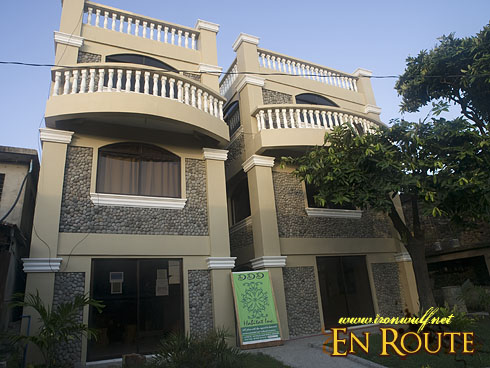 DDD Habitat Lodge
Now this is fairly new. I accidentally passed by them at Llopes St when I was looking for a place to stay. At the time I was there, they have a soft opening of the place. I get to meet managers Myron and Noemi and they were happy to show me around the place. It’s a three story building and the roof top has a nice view of Basco town. Their double and single rooms look nice and are priced Php 1000 and Php600 respectively. 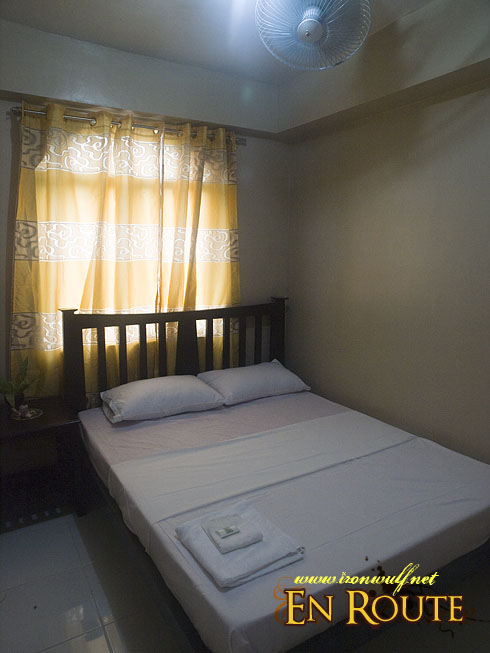 When I was there, they were still installing airconditioning, fixing up the water supply and even installing wi-fi. By this time I believe everything have been taken care of and the lodging open. One complaint I have in the design is that the Restroom is communal and located at the hallway end near the doors near the single and double rooms. Aside from that it’s a pretty ok place. The lodging is owned by the same owners of Rex Bookstore.

UPDATE: I was told the issue with the Restroom has been fixed. And here are updated numbers: 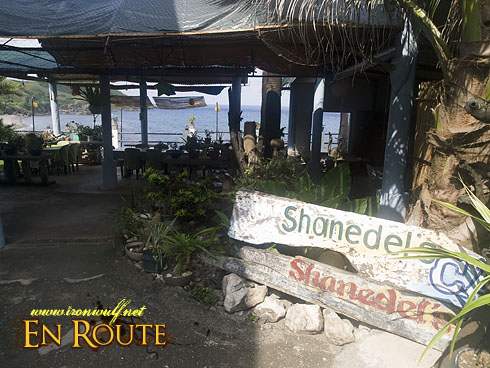 Shanedel’s Inn and Cafe
This is the place where we stayed a few days on a photo assignment. It’s one of the institutions in Batanes and has a nice strategic location by the National Road and only a few blocks at the heart of town. I find their rooms even their air conditioned rooms somewhat patched up. But their dining area has very nice ambiance and a splendid view of the sea. I also love the music they are playing here. Food is good but a little on the expensive side. Best to eat here with friends or family to share. Finally, Ma’am Dely, the owner is a really kind lady along with her little angel daughters. Rooms goes around for Php 750 (Single), Php 1000 (double) and Php 1200 (triple) fan rooms are Php 350 per head. 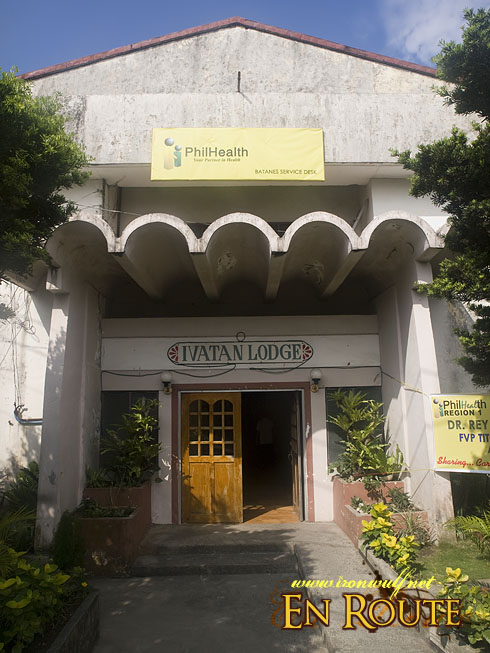 Ivatan Lodge
Another institution of a lodge, Ivatan Lodge is actually the lodging I stayed first time I went to Batanes back in 2004. From the outside, the structure looks old and worn out. The ground floor is being occupied by a commercial office like PhilHealth and the rooms are at the second floor. I checked it out again and found nothing much has changed. I like the rooms here. Basic and clean with en suite bath rooms. Prices for fan rooms range from Php 300 (single), Php 400 (double), Php 600 (Triple), Php 750 (Family) and Php 1000 for airconditioned room. It’s a nice option for cheap rooms on good location.

Batanes Seaside Lodge and Restaurant
I got to stay here in Batanes Seaside Lodge last year. It’s also on the national road but a bit farther down south after Shanedel’s Inn. Rooms are just ok. The roof top has good views of the sea but their food is satisfactory. The place is famous for having hosted the crew of the “forgettable” film Batanes. Standard rooms go for Php 1000 and Suite Rooms for Php 2000. 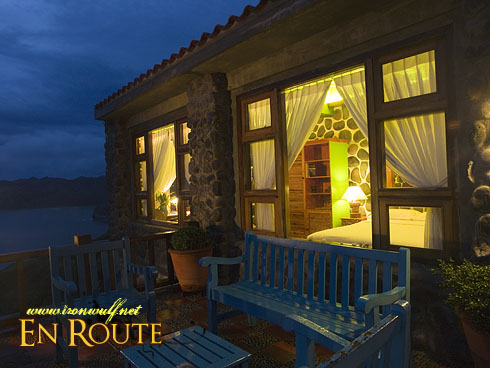 Fundacion Pacita
Probably the most expensive and high end accommodation in Batanes. Fundacion Pacita which used to be a gallery and foundation house before has been turned into a luxury accommodation in Barangay Tukon. The views here are certainly breathless and rooms very exquisite (expect for the loft which I find strange). Prices ranges from Php 4000 for the basics and going up to Php 7000 for premium rooms. I got to stay here for a night and I definitely loved it. If you have money to splurge, Fundacion Pacita is definitely a class on its own.

Batanes Resort
I forgot to take photos of their resort but I’ve passed by it several times already. It has a nice location by the beach along the area of a Marine Sanctuary. Rooms which are built like stone houses are around Php 800 to Php 1000 for airconditioned and Php 550 to Php 764 for fan rooms. Views here is stunning, especially at sunset with the jagged coral stones jutting out of the sea. The only disadvantage here is that it is so far out of town, about 2km down south. They have a dining area though so you wouldn’t have to take a trip to the town. 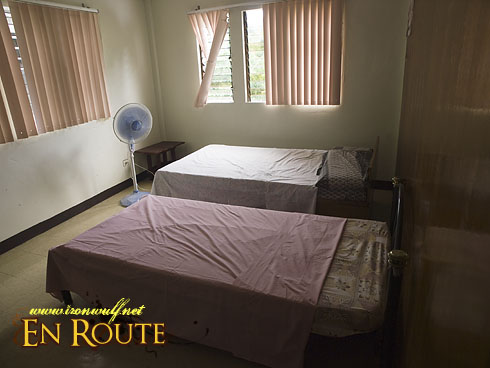 Homestays
If you wanna go cheaper and have a big group with you and are self sufficient. It would be a nice alternative to look into homestays in Batanes. There is a Homestay Association that you can get in touch with here at +63926.901.56.89. Renting a whole house is popular as well like the Novita House (+639158865802) in Abuyo St which you can rent for Php 1500 per day and is good for 6-8 pax. A decent place with rooms, tv, refrigerator and kitchen where you can cook. 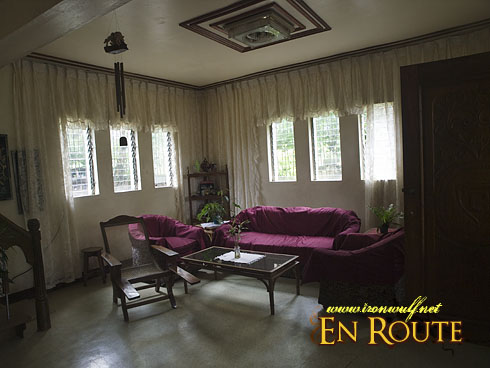 During my stay I availed of a homestay at Babat St. care of Mrs Helen Aberilla who I met in Batanes when I was asking directions on the street. It has several rooms and cost only Php 250 per room. But since there was no one on the two story house aside from the guard dog doing its regular rounds, I’m practically paying Php 250 for the whole house itself.

So there you go! I may have missed one or two accommodations there but this is most of it. Most of them have their own cotact for transportation rentals and package tours so it is best to inquire personally. I hope this helps in planning your trip in Batanes. Information may change but these are accurate from the time of this posts.