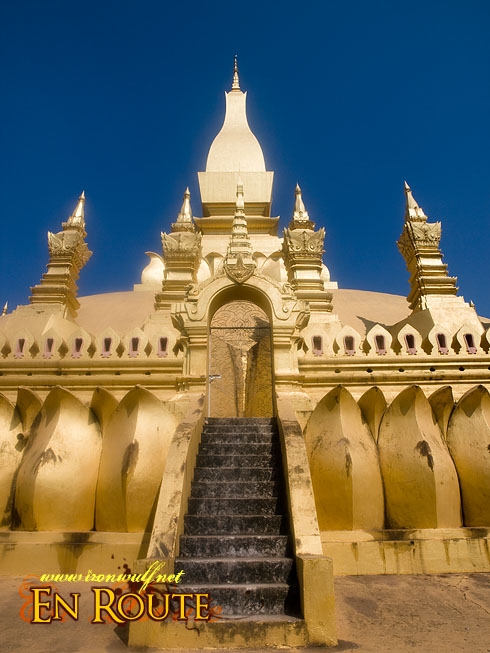 Phat That Luang, the National Monument of Laos

My 2nd day in Vientiane is also the day I leave the city on my way to Luang Prabang. But before that, first, I have to visit Laos most important National Monument, the Pha That Luang. Officialy named Pha Chedi Lokajulamani, which means World-Precious Sacred Stupa is also the symbol of Buddhism and Lao Sovereignity. The stupa image, which is found at the national seal is located some distance from Patuxai, so it’s best to hire a Tuk-tuk going there. 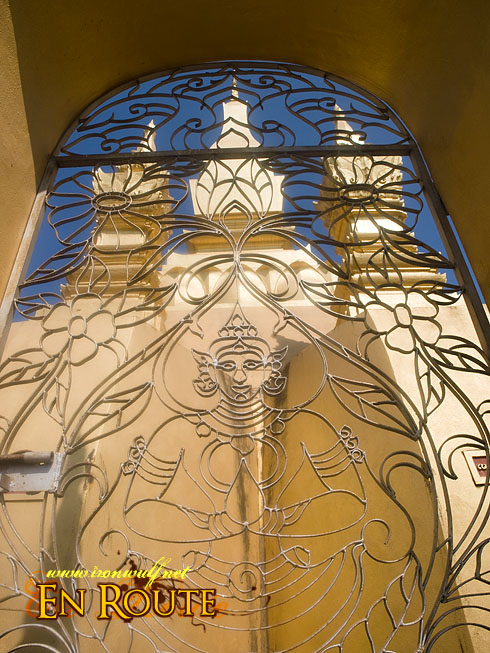 So I went towards the market first to find a tuk-tuk there waiting. I haggled a price and he used his cellphone to show the figures. For 45000 kip for the ride to the Northern Bus Station and afterwards to Pha That Luang, which is very reasonable unlike the tourist tuk-tuk I had before. 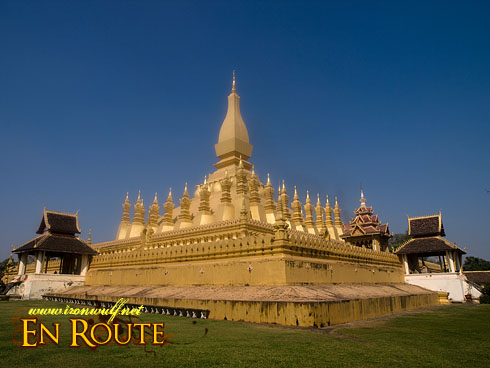 I purchased my VIP Bus ticket leaving for Luang Prabang at 8 in the evening costing 115000 Kip. One can only buy bus tickets on the day of departure. After which, we headed to Pha That Luang. It’s quite a distance from the bus station. Around 2-3km if I’m not mistaken. We arrived after 10-15 minutes. The stupa is located on a wide open ground with several new temples being constructed around the area. The place looks more like a park and is a perfect parade ground and military drills. 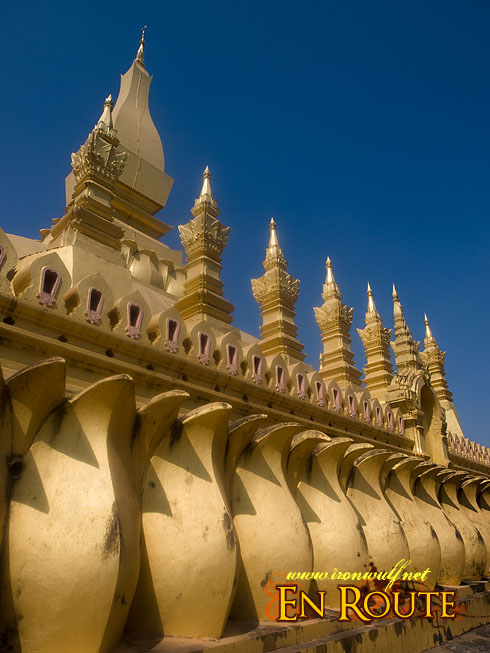 The golden stupa is surrounded by high thick wall cloisters. There is an entrance fee of 5000 kip to go inside the stupa grounds. The golden stupa actually looks like a clump of golden missiles put together to form a pyramid at first look. But closer inspection reveals it rich details. It has actually 3 levels and each of them has different characteristics with Buddha scriptures encoded. The first level which has 323 siimaa (ordination stones) and 4 prayer halls on each side represents the material world. 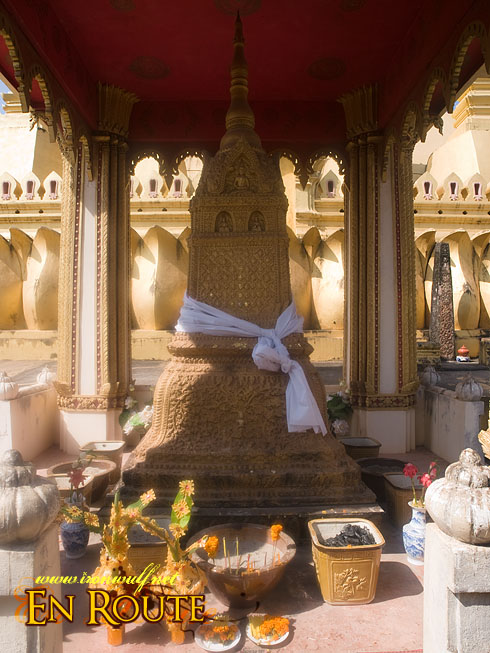 The 2nd level has 120 lotus petals, 288 siimaa and 30 stupas representing Buddhism’s stages of perfection from alms giving to equanimity. Also on this level are arched portals with beautifully ornate gates leading to the third level. The third level is actually off limits and is closed. But I could clearly see the tall spires with the tips designed like a lotus bud. The whole Pha That Luang is actually patterned after a lotus blooming from a seed on a muddy lake which in summary symbolizes Buddhist Enlightenment. 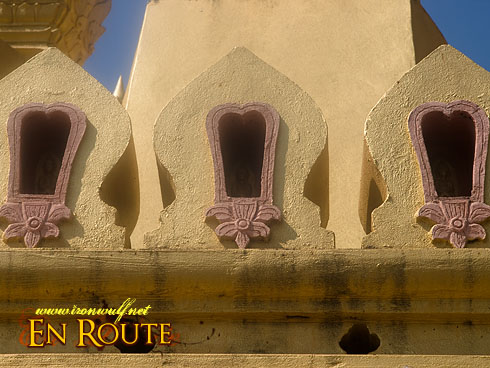 Pha That Luang Side Ornation

The Pha That Luang glimmers brilliantly under the mid day sun. I wasn’t really wowed when I saw the monument unlike the first time I’ve seen the Angkor Wat. The Pha That Luang has a more intimate meaning and importance which can be found on its spiritual design that can be appreciated upon closer inspection. The design actually has changed through out the years, especially after the Thai invasion in 1821. Much of the original design built during the 16th century which was built over an earlier 13th century Khmer ruins (and built over an older 3th century Indian temple) has changed. There is a much deeper history and meaning on this monument, but right now, I can only appreciate its superficial splendor.