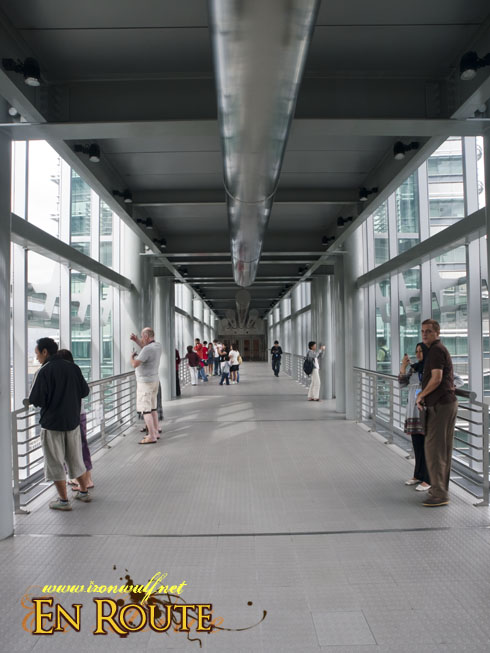 Inside view of the Petronas Skybridge

I’ve always had it my way most of the time when I travel. Making my own itinerary, booking my own flights, finding my own lodging. I like the amount of flexibility it gives. But this time I just lay back as I’m part of a tour. I’m usually wary of tours because I feel like being herded like a sheep. The good thing with our group is that we’re very small and more mobile and our guide allowed us a bit flexibility when it comes to where we want to go. So first order of the day’s tour is the Petronas Skybridge. 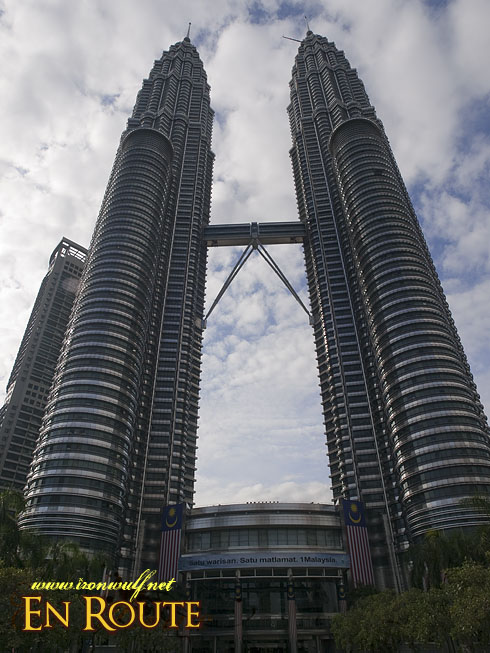 The Petronas Twin Towers and Skybridge

The Petronas Twin Towers looms dominantly over the Kuala Lumpur City. I’ve only admired it from the outside but never got to enter to visit the Skybridge located between the 41st and 42nd floor. The admission is actually free but I’m not patient enough to wake up as early as 5am to queue up to get the tickets. The free passes are limited to 1700 people per day must be obtained on a first-come, first-served basis. But fortunately we didn’t have to line up since we got special tickets weeks before. 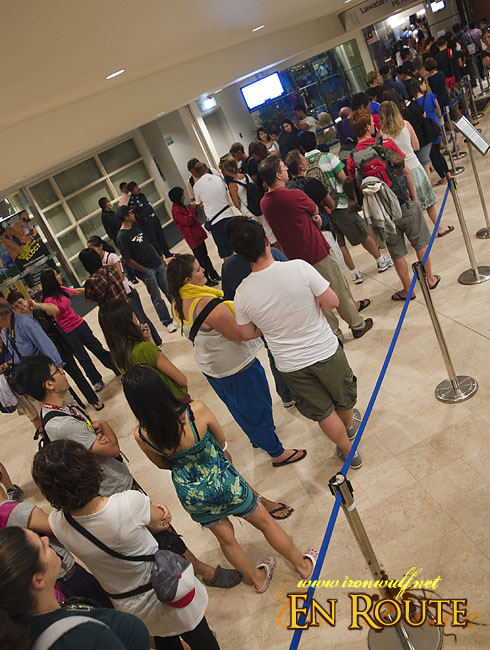 The Petronas Skybridge is open from 9am to 7pm from Tuesdays to Sundays. During Fridays it is closed from 1pm to 2:30pm for Prayers. Issuance of tickets starts at 8:30am. But like I said before people starts queuing up as early as 5am to get a schedule. For sure by 10am all ticket schedules for the day would have been taken. 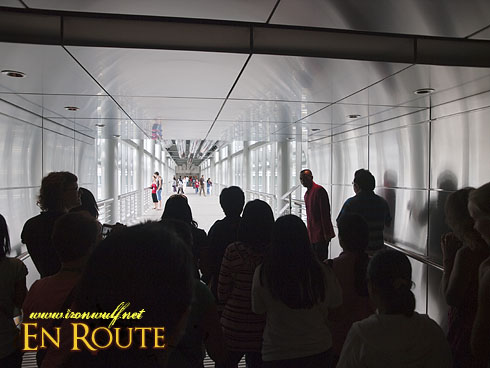 The batch entering the skybridge

We got a 10am schedule so we were already there as early as 9:30am. As expected we saw a long queue to the counter but we managed to get pass it. Before going up the bridge we were first lead to a mini-theater and were given 3D glasses for a presentation running for more than 4 minutes on information about how the Petronas was built. 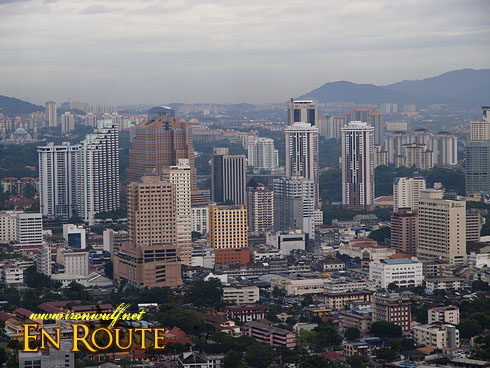 A view from the Skybridge

The group were then separated based on color of our IDs. There are only a limited number per group, and from my observation, it’s the capacity of the how much the elevator can take as we were definitely packed inside. Good thing the elevator is fast at the speed of six meters per second. 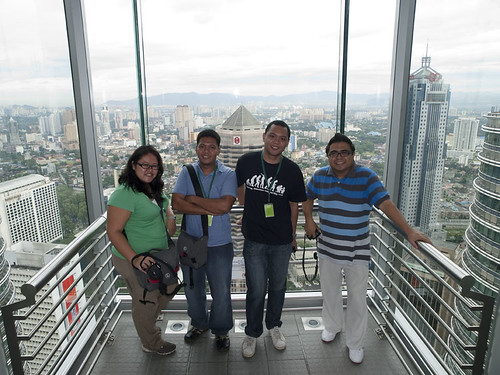 Petronas may have lost its record as the tallest structure in the world but it still has the record of having the highest 2-story bridge in the world. The bridge, interestingly is not attached to the structure but slides in and out of the tower to prevent it from breaking during strong winds. 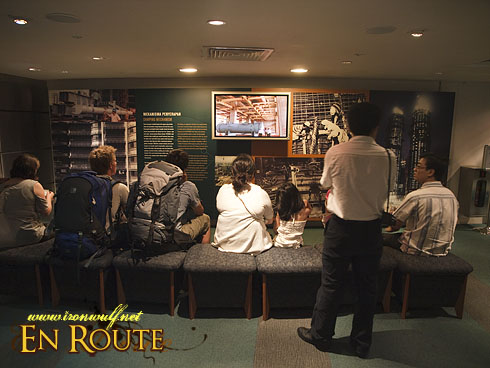 We were only allowed 10 minutes on the bridge to appreciate the view and take pictures. The view isn’t 360 degrees but its god enough to get a higher glimpse of the city and outer regions. Even if it was cloudy, we could clearly see Batu Caves from the bridge and I’m also thinking, that one of the mountains further is Bukit Tabur. Past 10 minutes we were on our way down. There’s this mini museum there to get more info about Petronas. We finished that part and now it’s time we go underground and a few walks to head to Aquaria KLCC.