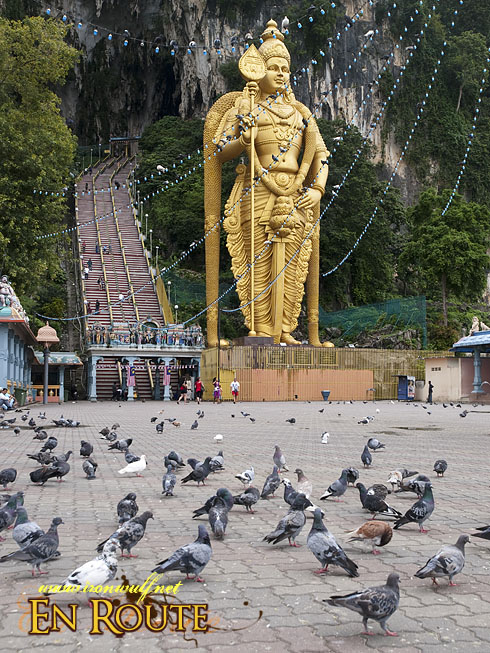 We had to say good bye to Impiana Hotel the day after our Genting Highlands and Zouk visit. We were headed to the Cameron Highlands found at the northern part of Kuala Lumpur. It is on the upper tip region of Pahang. And since the road to Cameron Highlands was on the same way as going to Ipoh, Marie suggested that we should make a stop-over at Batu Caves since it’s already on the way even if it wasn’t in our itinerary. Since Nina and I haven’t been there yet, were gladly obliged. 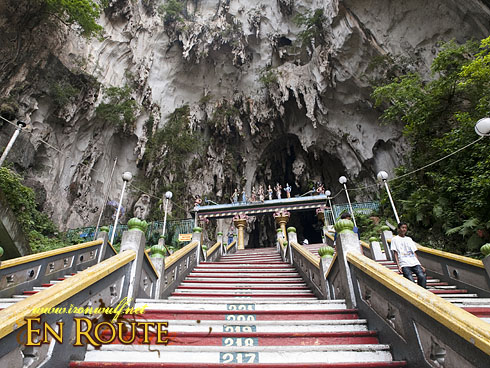 Climbing the 272 steps of the stairs

While inside the van on our way to Batu Caves, Marie shared some info about the cave. The cave is a popular Hindu shrine dedicated to Lord Murugan. According to divine legends, Shiva and Parvati had two divine sons, the stout and younger Genesha and the fitter and older Murugan. The parents held a contest for the brothers. The first one who could go around the world thrice would win the Divine Mango of Knowledge. 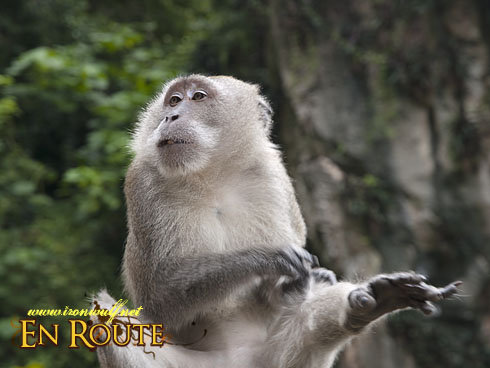 The younger Genesha circumnavigated around his parents and said “I don’t have to go around the globe since both of you are my world” while Murugan sped through around the globe three times. The parents were touched by Genesha’s words and decided to give him the Divine Mango. This however made Murugan upset and decided to leave and hide inside a cave forever. 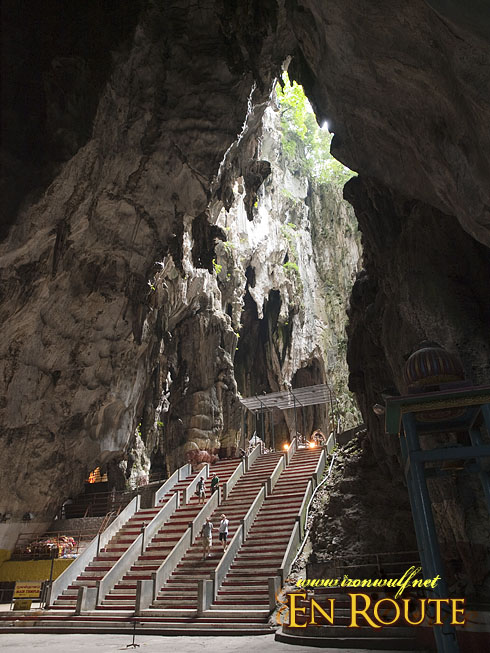 The limestone hills and caves of Batu Caves are said to be the home of Lord Murugan. That’s why during the Hindu Festival of Thaipusam in Malaysia, it becomes the central point of worship where devotees do a pilgrimage to the cave. Batu Caves has become one the most popular Hindu shrines outside India. And in 2006, after three years of work, Malaysia unveiled the highest Lord Murugan statue in the world. The gigantic golden figure stands at the height of 42.7m (130 feet high) in front of the Batu Cave entrance. 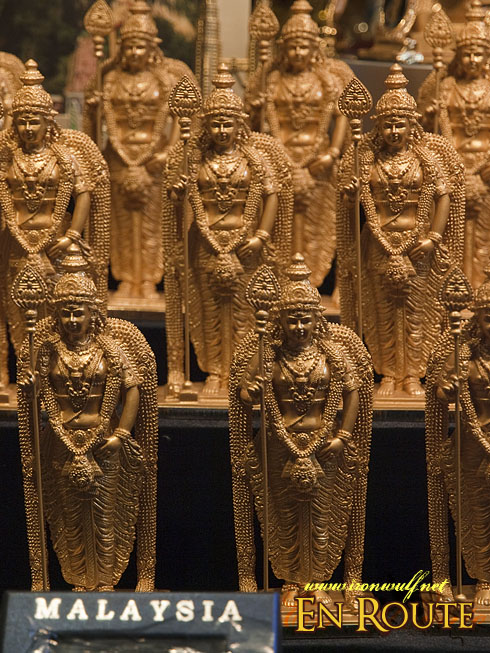 We were dropped off near the plaza jump off point towards the cave. We had to climb a steep 272 steps stairs until we reach the actual cave mouth. We weren’t really dressed for the climb at that time since this was an unexpected detour. But since we’re there we might as well explore and enjoy the place. The climb wasn’t really that hard. We only had to stop climbing the stairs on a few occasions to breathe and cautiously avoid the numerous macaque monkeys scattered at the place.

We got into the first huge cave chamber. A few stalls there selling souvenir items while playing some Hindu music. Cave walls have a few temples and lit up sculptures of the divine family. There’s more stairs leading to the open cave cavity and seems to be the main temple with an impressive and detailed gopura. A smaller cave on the side holds more sculptures inside. There are still more monkeys roaming around here freely. 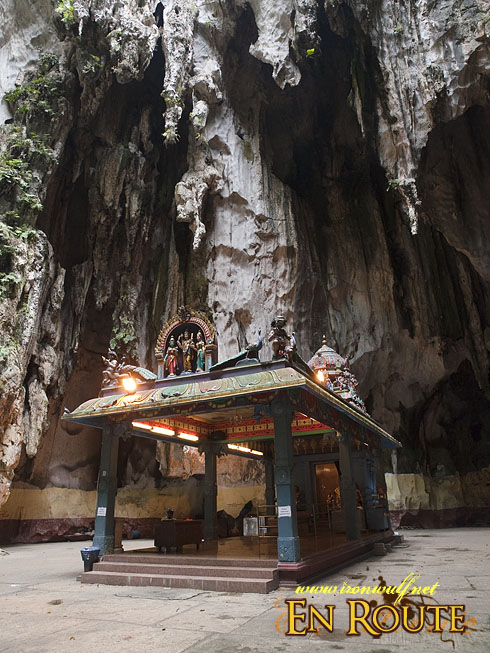 The cave isn’t really for nature seekers as it has been developed to hold hundreds of people inside. I could just imagine the huge crowd as devotees flock the area during the Thaipusam season. We didn’t stay long in the area and was contented on seeing this famous religious Hindu cave and the gigantic sentinel statue of Lord Murugan. 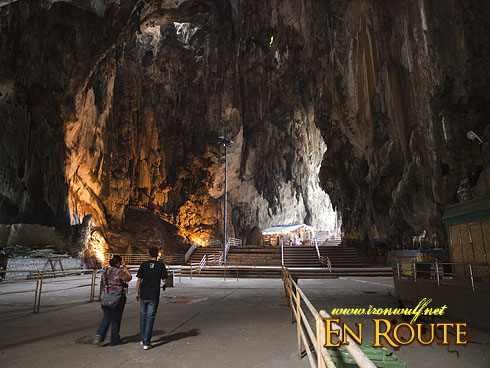 The large chamber as we leave Batu Cave