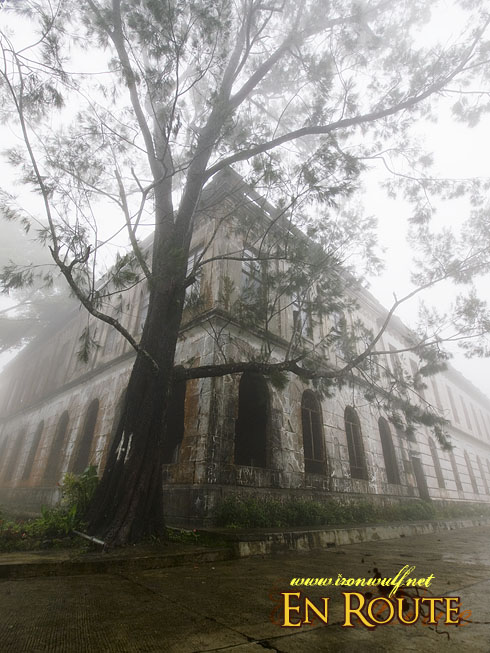 We arrived early morning when the fog still lingers the slopes of Dominican Hill. On a clear day, they said you could see a whole lot of Baguio from this hill. In the afternoon, one could catch the sun as it descends at this mountain city. But the moment we got there, everything was covered by a thick wall of mist and only the crumbling structure of the Diplomat Hotel stands amidst, one of the famous haunted places in Baguio. 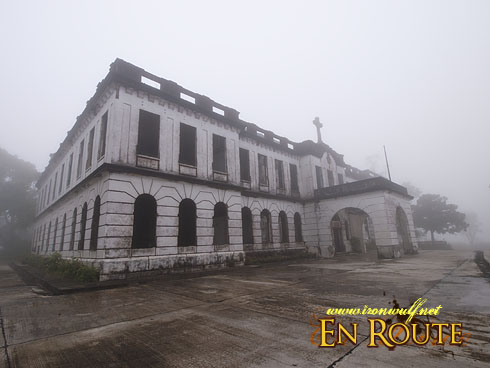 Diplomat Hotel in the mist

The hill got its name from the Dominican Order who built a vacation house on a 17-hectare property acquired from the previous American owners of the lot. The structure built from 1913 to 1915 was originally a vacation house which was briefly converted to a school to take advantage of tax exemptions. Finding the place was too small for teaching purposes, it was reverted back to a vacation house. 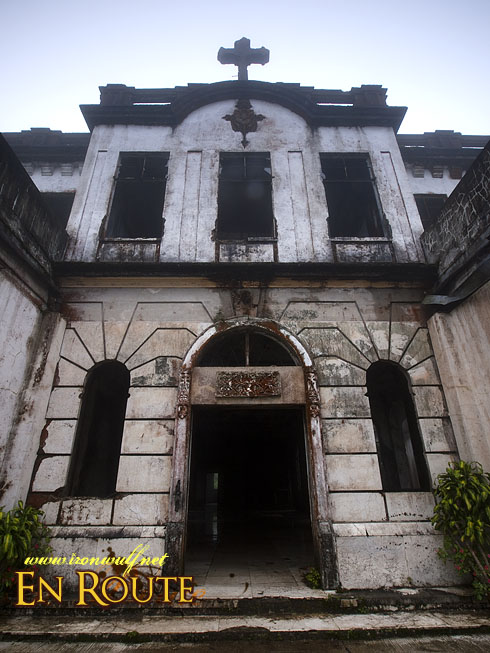 During World War II, refugees sought shelter in these walls but it was bombed by the Japanese damaging the building and killing a number of people. There were also reports that it was used as a sanitarium by the Japanese. A few years after the war, the place was rebuilt. 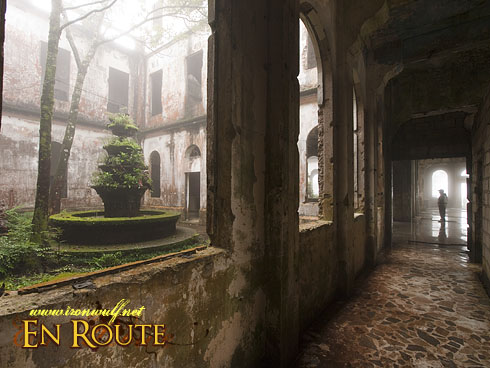 The Hallway and the inner garden

In 1973, Tony Agpaoa, a Baguio-based faith healer and businessman acquired the place and named it Diplomat Hotel. The interiors were renovated to have 33 rooms in which most would cater to his European clients seeking healing. Unfortunately, Tony passed away of a heart attack in 1987. The hotel ceased operation and has been abandoned ever since. 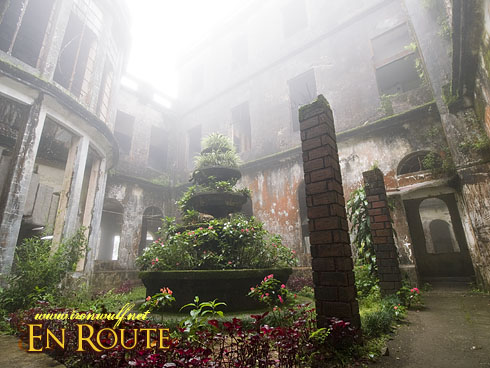 A view from the inner garden

The hotel is near a residential area and locals have reported hearing screams of agony, banging windows and breaking plates. There were even sightings of “White Lady” in the vicinity since it has been longed uninhabited. Many believed that these paranormal activities were from the people who died during the war. 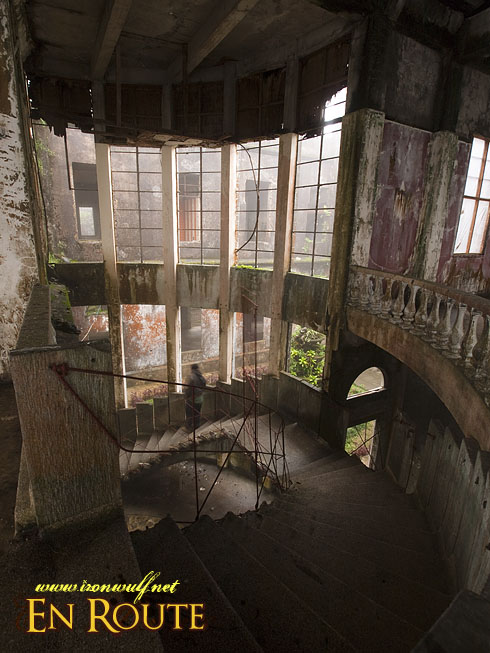 The staircase from the 2nd floor

The hotel ground is open to the public and opens at 6am. From the first look of the 2 story white building, it does exude an air of creepiness. It’s old and decaying and I understand why people would think this place is haunted. But honestly, I never felt anything hostile in the place unlike the Laperal White House. Again, attributing to my hyperactive imagination, I thought I felt only 3 presences in the area. A child of 7-9 years of age running around, more like playing and a middle aged lady, but I’m not sure if she was his mother. There is also an old man in white cloths observing us while we take pictures of the place. Then again, take everything I say with a grain of salt. 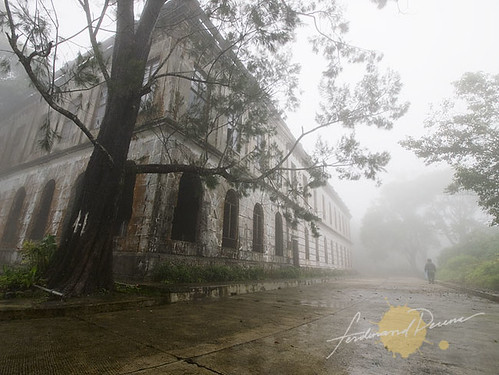 A the back of the Diplomat Hotel

If there was any spirits here, they have moved on, probably helped by Tony, the faith healer or the weekly prayer gathering in the area. The place for some time now has been known as a “Prayer Hill” since there are weekly gathering and mass being done in the area. The Hill has also become a popular jogging area for nearby residences. There is also home a radio network nearby. Couples, soon to be wed also frequent the area for their pre-nuptial photo shoots. 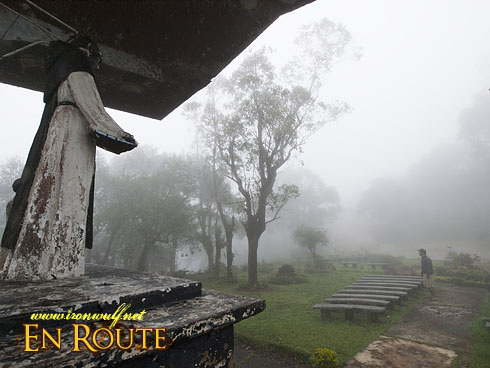 The Dominican hill is now known as the Prayer Hill

What remains of the place now is an old building sitting on a scenic hill. There are rumors that a Korean Company is interested in acquiring this place. I personally think the location has potential. Developed properly it could be a major tourist attraction in Baguio.