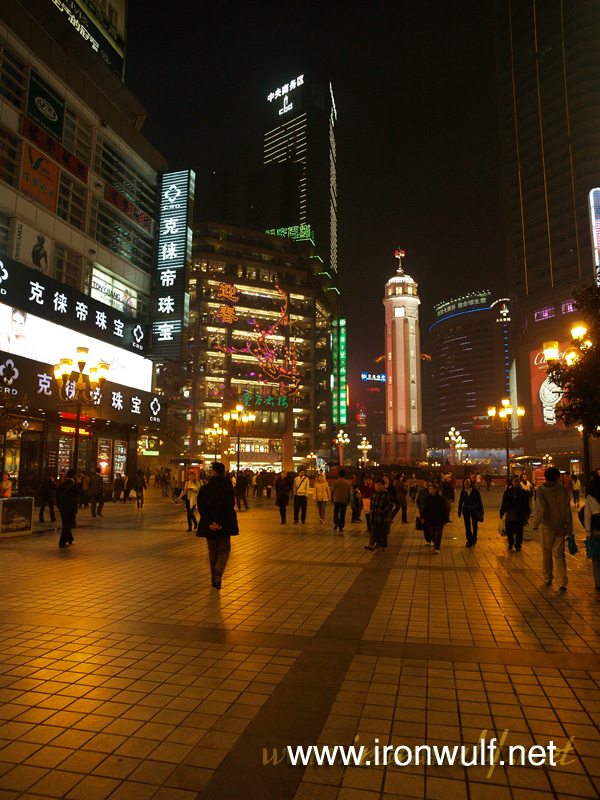 This South West China trip has been in conception since late last year. For out of the country trips like this, I try to prepare months ahead. But I must credit my friend here for coming up with a “Do-able” IT. Some people would ask “Where are you going in China? Beijing for the Great Wall?” Though I would love to see the Great Wall once in my life, it’s not as attractive as getting into the heart of China. I dunno, I just have a penchant for going to places not as popular. Besides, I like the countryside more than the cities. 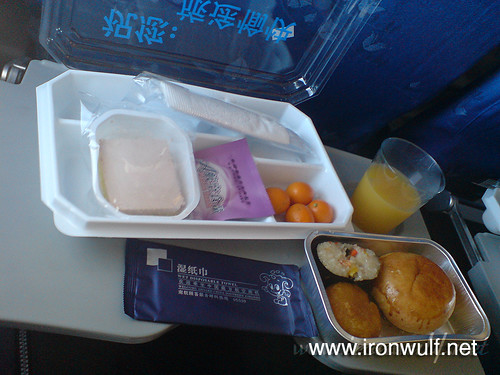 Initially I thought this would be a very expensive trip, so I’m like a confused pendulum moving from one side to another if I’ll push through or not. But after many research and also some nice projects coming along well I did push through. And after all this I was surprised that I spent only around PHP 30,000 for the whole trip. That includes accommodation, transportation fares, park entrances, snacks and also extravagant native food dinners all for 11 days. I even have a few Chinese Yuan to take home along with few pasalubongs. Now that is what you call budget travel. 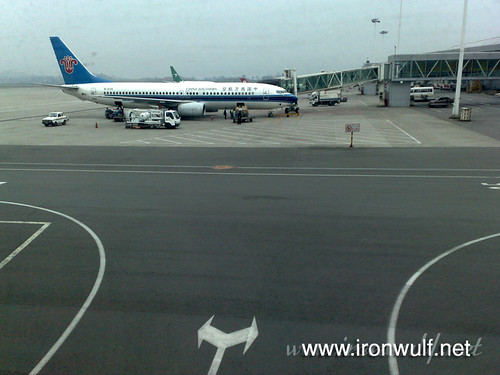 Going into China is not as easy as booking flights like our local airlines. China have their own online system. I tried booking but there are several procedures and verifications and most of the time they only accept their local credit cards. For my entry point Guangzhouu, I was able to book from Cebu Pacific, but for domestic flights, good thing my friend got a contact within China so from Guangzhou we got flights for Chongqing via China Southern Airlines. On the local front, I heard PAL has started direct flights to Chongqing and Chengdu from Manila. I just don’t know how much their fares cost but that would be a convenient alternative. 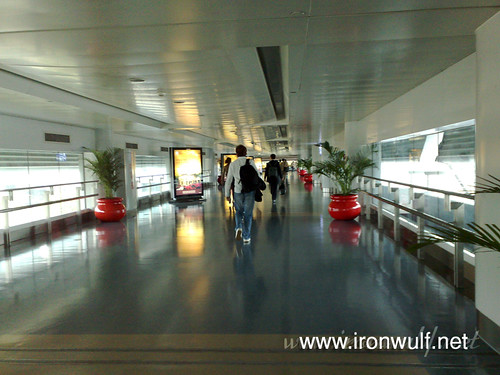 The fare for China Southern Airlines cost only RMB 620 (470 basic fare + 150 TAX) which is around PHP 3500 one way economy class. I find the airline very cheap compared here, and they are not a budget airline. When we checked in, I wanted to be seated by the window, instead I got the aisle. Good thing, a nice Chinese lady along our row wanted to swap chairs with me so I got seated by the window eventually. The plane is an A320 If I’m not mistaken. Seats are comfortable and they have inflight entertainment, a magazine as well a choice of warm food and drinks. Pretty good for the price I may say. 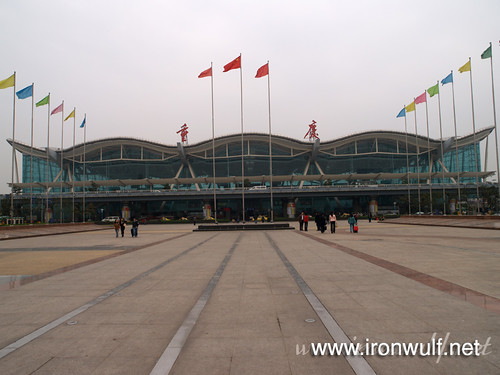 The flight took around 1 and a half hour before we landed on Chongqing Jiangbei International Airport (CKG). The airport looks ok but not as big and appealing as Baiyun Airport. As soon as we got out of the airport we looked for the bus going to the city. There is an airport bus for RMB 16 going to Shangqingshi. The bus ride took around 30 minutes. And when I got off, like I told before, I survived a number of touts inserting their cards and flyers on any spot they can. 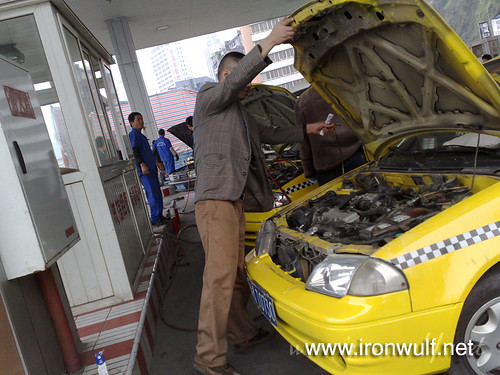 At Shangqingshi, it took some time before we got into a taxi. The taxi was weird at first because even if they have a passenger already, they would stop. It turns out that if they go the same way they can share the cab. I don’t know much about the system but we preferred to get our own cab instead. There were plenty of cabs there but most of them already had passengers. We did get a taxi after 20 minutes or so. My friend showed the address to the hostel we were supposed to go. 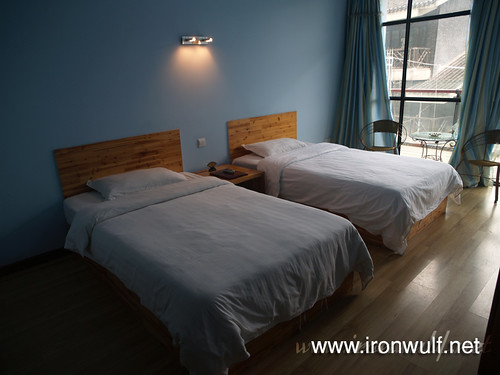 I never got into their conversation and let my friend do the talking. I looked out the window and checked out the city. It was really misty. Not the same smog-mist in Guangzhou but I think this is real fog. The city looks huge with lots of twisting and turning roads. Chongqing is one of the larger cities in China cut by the famous Yangtze River, on which is also the jump of point to any cruise. But at that time, the city mood is somber with the hanging mist. I felt I’m inside a setting of a “Silent Hill” game. 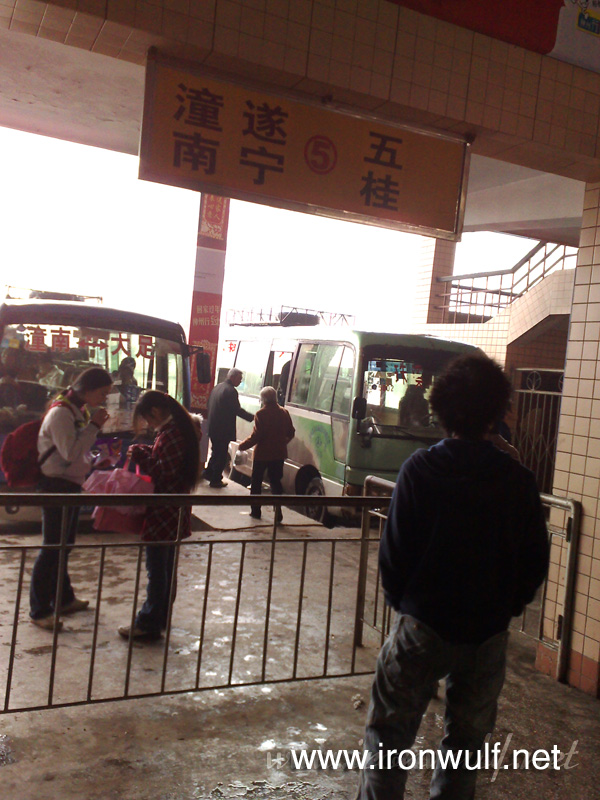 Our Taxi took a short stop at a gas station first to refill. Initially our driver wanted us to go down. My friend asked me if we wanted to do that since we have our packs in the back of the car, the taxi driver might drive away with it. I thought it was just ok. The gas station is interesting. It turns out that most of the Taxis in the city use natural gas. Initial flag fall rate is RMB 5. 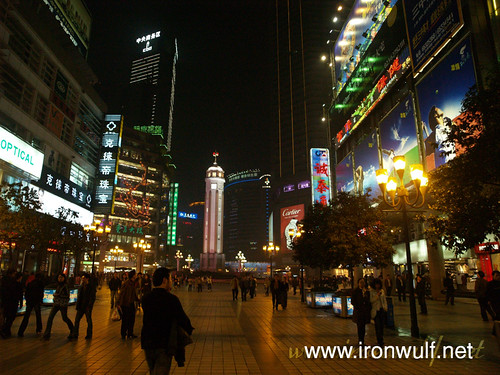 Another short drive, we finally reached Nanbin Road. We checked in at Nanbin International Youth Hostel. A very very cozy place for backpackers. The hostel is a member of Hosteling International, and if you are a member, you’ll get 20% discount on participating hotels around the world. My friend applied for a membership there since it might be useful for the accommodations at different cities. With that we got a double room for only RMB 90. The rooms are spacious and beds are ok. Place is quiet as well. The initial room we got had a leaked aircon at first but they immediately moved us at another room. 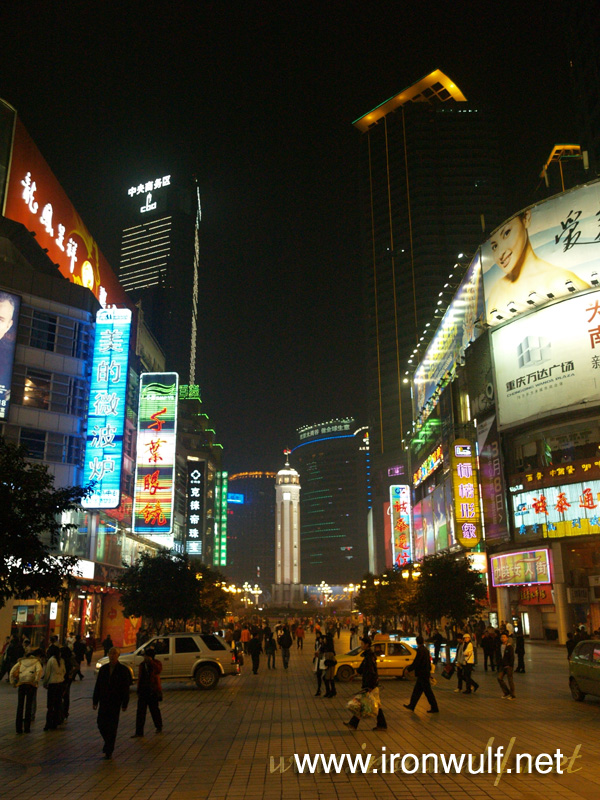 As soon as we settled our things we were off again to the city bus station to head to Dazu County for our first cultural UNESCO heritage site visit. The place is worth an entry which I will do later after this. We got back already in the evening. Upon returning, we searched for the People’s Liberation Monument which was supposed to be the center of the city. We had to walk around and was an arduous search since it was evening and I’m a bit tired, I actually wanted to call it off. Eventually we found it shortly. 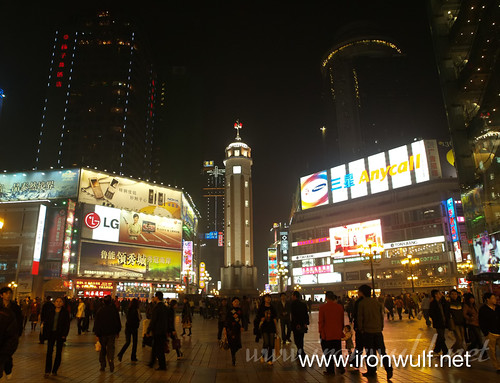 The so called Chongqing Time Square is a popular attraction and commercial area in the Yuzhong district. Lots of neon lights among tall skyscrapers fill the area. Place is also crowded with tourist having their photos taken by the monument. I only saw one American here, probably an expat. Most here are local Chinese. There were also some of what we call “Luneta Photographers” at the area if you want your picture taken. And amazingly there was this strange looking beggar. Strange since she was very young and seems to be a student and doesn’t look like a beggar. My friend told me they were asking money from us which we dismissed. After taking a few shots there and my friend buying a “Chongqing Starbucks Mug” in one of their branches there, we went off. It’s another taxi hunt for us and we just had to run to beat the rest of the Chinese for the taxi. 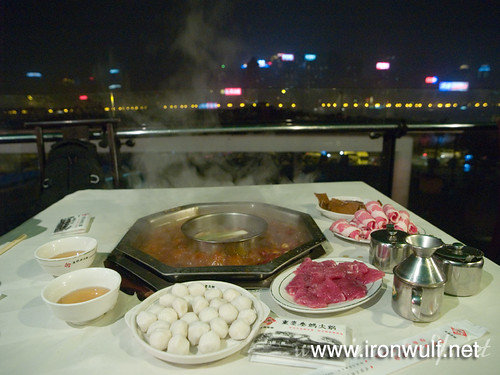 Just nearby our hostel, we had a Chongqing Hotpot dinner on one of the restaurants facing the Yangtze River. it is the city’s main specialty, and for a cold cold weather like this it’s very fitting to try one. First eaten by Chinese Boatmen along the Yangtze River, the popularity eventually spread. Eaten mostly by friendly and family gatherings, main ingredients, which you will choose, are delivered raw so you have to place these ingredients on a boiling hotpot of spices. We got a Yin and Yang hotpot where the middle isn’t that spicy. Having tried it, it was a fun dish and great meal. And really spicy. My first time to having taste a Sichuan Fire Pepper. Those little bits are just potent so watch out. A piece of actually numbed my jaws for a while when I accidentally ate it. The Chongqing Hotpot Dinner cost us a RMB 77 consisting of 4 ingredients and some sodas as well.