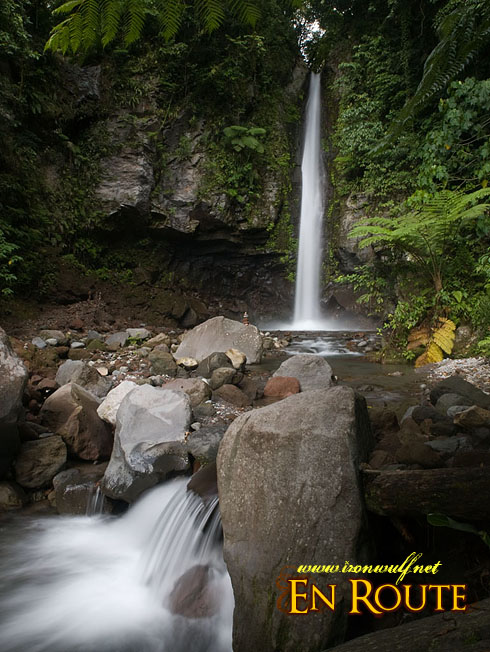 Coming from Mantigue Island, we headed back to the main island of Camiguin and stayed at the Islet Resort in San Roque, Mahinog near Benoni Port. We got a good price there for very basic accommodations, but the Kho family owners are very hospitable and has lots of stories to tell. We rested a bit and then decided to head to one of the off-beaten-track destination in Camiguin, the Tuasan Falls. 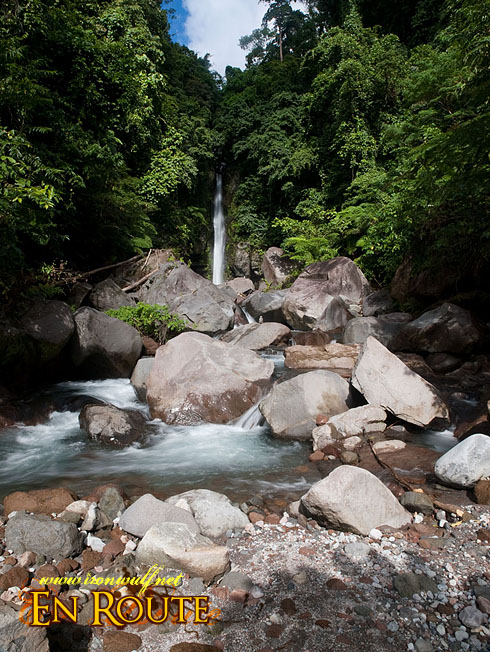 The rocky and boulder filled Tuasan Falls ahead

We’ve been hearing a lot about Tuasan Falls even when we were staying in Yumbing. Locals would say they like that falls better than the more accessible Katibawasan Falls since it has a lot of layers of pools and boulders. Not to mention it’s more pristine state. But we had no idea how a bit tricky it can be going there. We met up with our habal-habal driver Jun, who is the son of the resort owner a Camiguin local. Not everyone knows about the falls though and Jun was hesitant to go on that part of Camiguin at first since he was not familiar with it. But with a little more insistence we managed to push through. 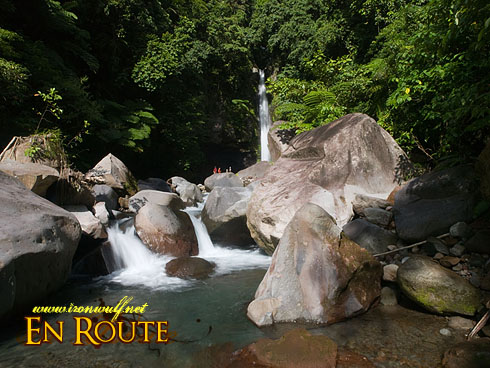 Going through the boulders

Tuasan Falls is in the South Western part of Camiguin, in Baranggay Mainit. The initial road going there is the same as the ones going to Bura Soda Spring. You’ll find a sign on the main road going the inner road for that. It’s about 6km from the main road. On the inside it’s best to ask around since the inner roads going to the jump-off point is a dirt road. We stopped by a residence there and told us that from that point we had to hike about 2-3km more. Three sibling girls were our guides, judging from their ages, the seem to be from 10 to 20 and they really know where they are going. 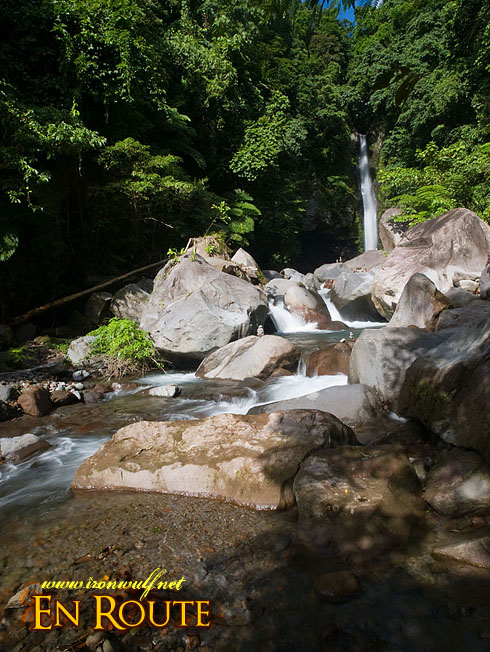 The first 30 minutes hike wasn’t really difficult, but what made it hard was the blaring heat of the sun since it was a little past mid day. The trail is open so it’s best to have sun shade when going through it. The Jungle trek was convenient 20 minutes trek. There’s one trail where our lady guides insisted that we go down since it was a short cut. It was a short cut alright but treacherous since it’s a vertical fall and you’ll climb on a loose bamboo trunk with cut out foot steps as ladder along a running pipe. There’s another longer route if you don’t like to risk it which we took on our way back. 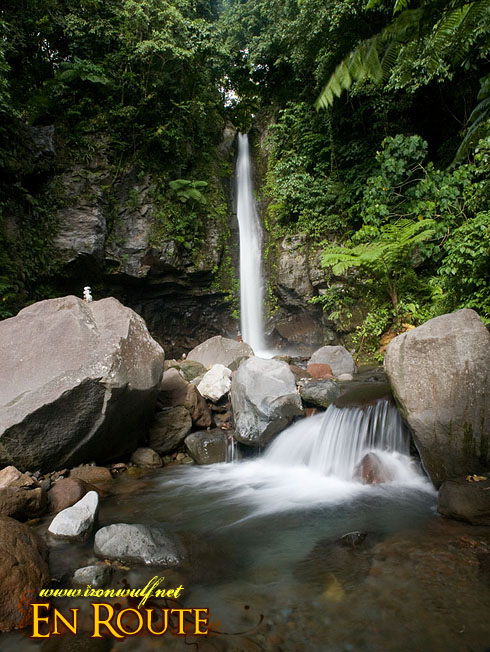 After emerging the forest trail, it’s a short river and boulder crossing towards the falls. It was really great to finally see the falls and it was well worth all the trouble. It was an exhausting trek because of the heat. So it’s really advisable to go here early morning but it is in the late afternoon that we noticed when the light is ideal at the place. The falls isn’t as high as Katibawasan but I love the layers of cascades and pools and boulders it has. Be really careful of loose rocks and since it is still well vegetated of snakes too. I almost stepped on one curled up on a rock, good thing it slithered away fast.

Tuasan Falls is quite a find and one beautiful falls not regularly explored. Locals are really adamant of having the road constructed there. One reason is that it might suffer the same fate as Katibawasan Falls. Another is that locals there will loose livelihood for guiding tourist there. Partly I agree with them on those things. I guess what I’d like to see are accredited guides association there. We were warned there before that there were some tourist being robbed of their belongings by people pretending to be guides so it pays to be careful.

Essentials:
Tuasan Falls is in Mainit and can be reached by Habal-habal. Hike from jump-off point is 45minutes to an hour.