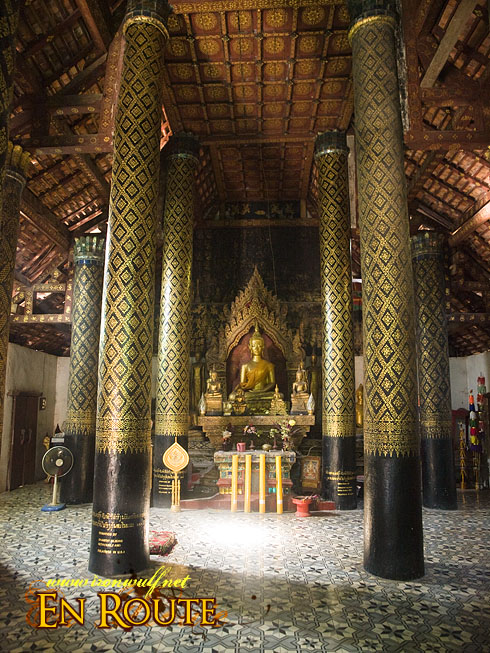 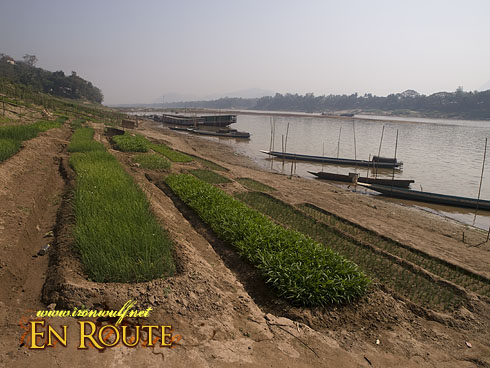 I didn’t try to wake up early this time and enjoyed my rest at Tony II inn. After breakfast, sometime mid morning, I headed to the Khem Khong road and headed to the river. As usual, boatmen were already waiting there and I was immediately asked where I would want to go. I told them I want to go to the other side of Mekong River. 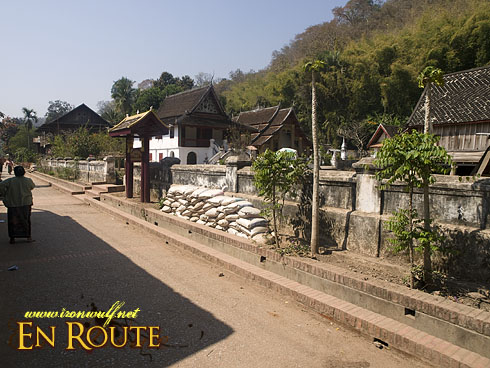 First I was charged 80,000 Kip which was outrageously expensive. When I was walking away, the guy agreed to take me to the other side and fetch me for 40,000 Kip. I thought that was reasonable since I’ll be traveling on the boat by myself. 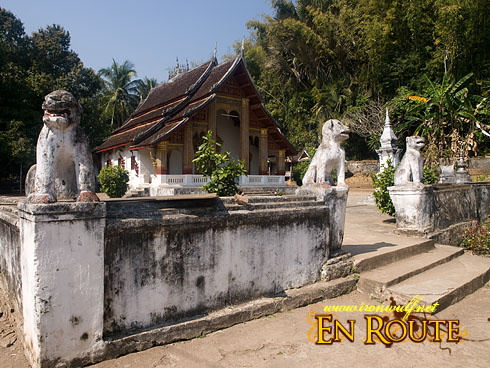 The boat ride across the murky Mekong River was uneventful and short. He dropped me at the river banks where there were a line of vegetable fields left and right. He’ll be back to fetch me in a few hours at the same spot. I climbed the banks and headed to a dusty road to the inner road of Ban Xieng Maen Village. 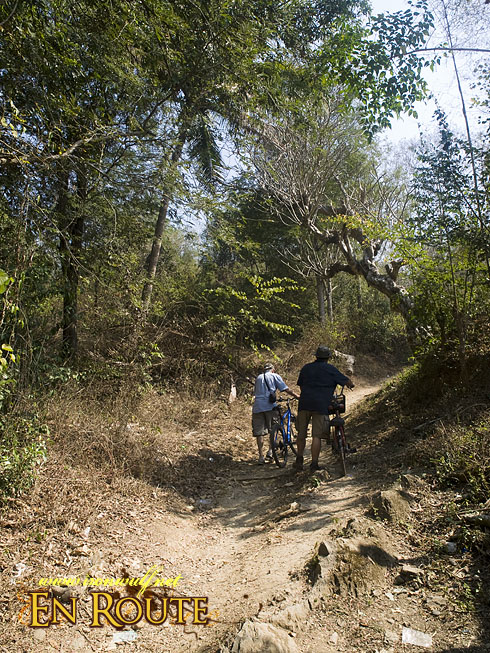 passing by a couple of bikers Bikers on the dirt road

There is a narrow paved road there parallel the river but it didn’t go that long from my sight. Ban Xieng Maen has the same urban plan as Luang Prabang but unlike the later, it has preserved its plan and also its rural state from its original design since the 14th century. 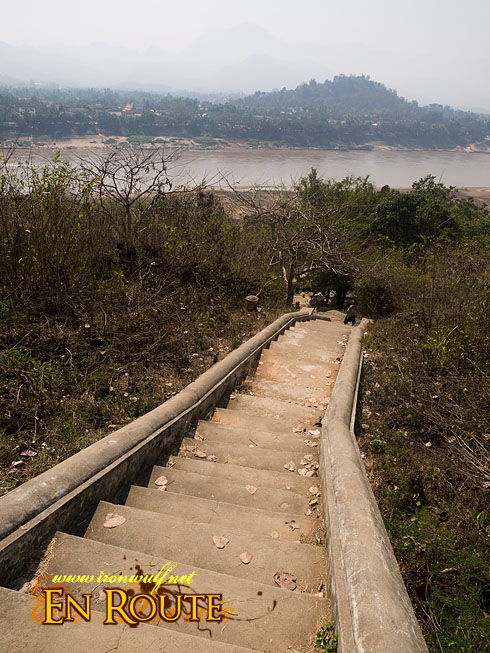 View of Mekong and Luang Prabang up the stairs

The first temple I saw on the road is Wat Xieng Maen. It’s a straight forward temple like the others except that the residences there considers the place as a sacred spot since it housed the sacred Pha Bang Buddha image for seven days and seven nights in 1867. Other than the stone guardians outside and a decent interiors its a temple you may ormay not opt to visit. Oh you have to pay 5000 kip to get in. 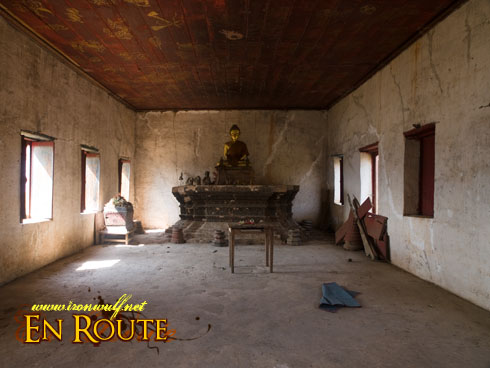 Moving further up north less than a 100meters of dirt road, passing by a couple of bikers, I came upon a flight of stairs up hill to Wat Chom Phet. I paid another 5000 kip here just to enter. It was a steep and narrow set of stair believed to be more than a 100 steps to the top. But as I went higher, I got to appreciate the views of Mekong River and Luang Prabang across. 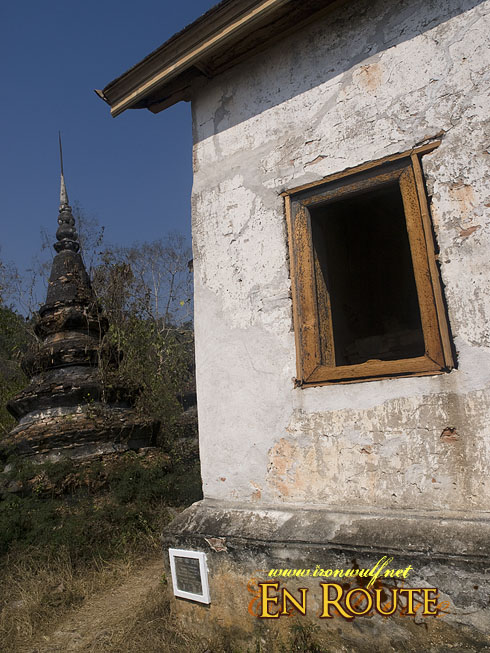 The temple was built by the Thai army in 1888. Now what remains are decaying walls. Inside the desolate temple is a lone sitting Buddha. Aside from that, there’s also a small Thaat that contains Chao Thong Di bones (wife of King Sakkarin), who died in 1929. The place is really peaceful and had beautiful views of the town. I found myself staying here for a while before I went down and continue my up north. 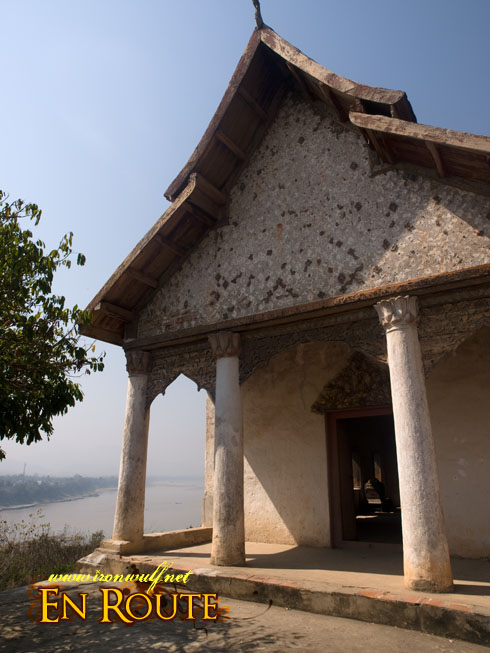