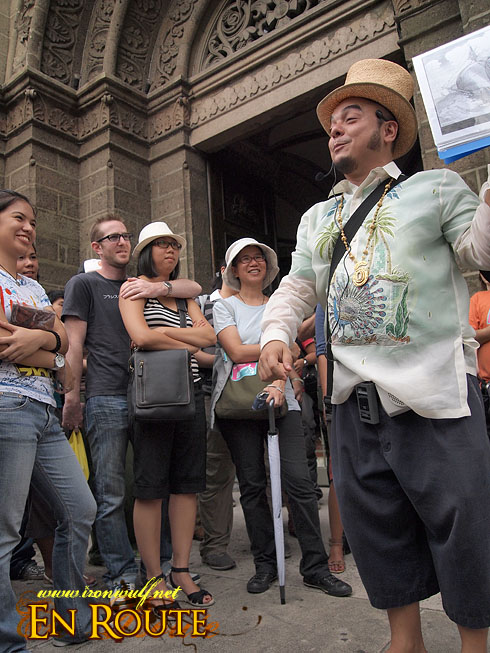 Carlos Celdran with the Tour Participants

Manila is a city of dichotomy. It’s both ugly and beautiful. Modern and old. Friendly and dangerous. It is a battered city suffering from identity crisis after being colonized by several nations like Spain, Japan and the USA. But despite this hotchpotch in our history, Filipinos now remain proud that it’s pouring into our fashion. Team Manila called it Fashionalism which they have been doing years ago and to launch their new line of T-Shirts, they get Carlos Celdran to walk us through the launch and better appreciate manila through his Intramuros Tour. 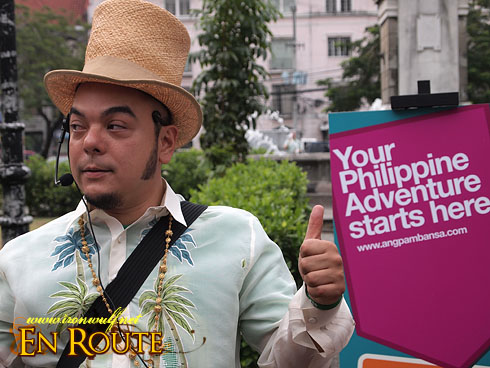 If These Walls Could Talk

Carlos Celdran is one of the well known guides in Manila. It was entertaining seeing him do this tour for the first time as he delivers historical narratives which such eloquence yet campy humor bordering slightly to over-acting. But Celdran is good and can hold an audience. Answering several questions I have asked myself on why we don’t have monuments in the Philippines like Angkor Wat or other temples in South East Asia. He also cleverly associates dominance of structural symbols with the current colonizers in a certain era. 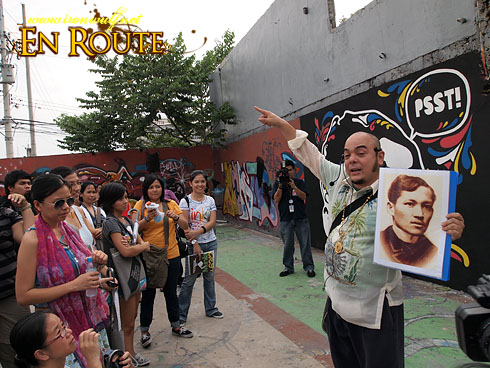 Psst! Inside the walls of Intramuros

History through Carlos Celdran is also bordering into “Controversial” and one should proceed with an open mind. Sensitive topics from McArthur to Jose Rizal will be touched and those passionate with them will be in flames. But I think his ideas should be welcomed as anything that challenges your belief and make you think is a good thing. It will help you learn to discover the truth by yourself and widen ones perspective. 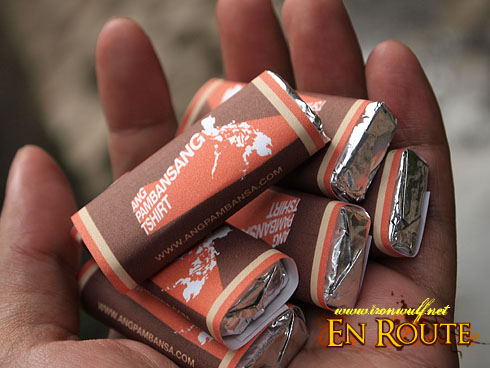 In the end Carlos Celdran’s Intramuros tour gave us a deeper appreciation of Manila and Filipinos in general now. We are a nation who had survived adversity and even with a mixed of culture due to numerous colonizers, we were able to assimilate these influences and make us original, unique and proud. 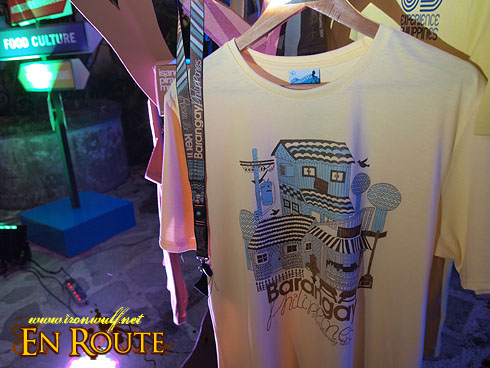 Patriotism is pouring into our fashion and Filipinos now are proudly wearing the Philippines even on common days. But to level up the design, Team Manila spunk up the theme and launched a new line of designs that shows patriotism with graphic design excellence they have always been known for. I liked the new designs and would proudly wear them.