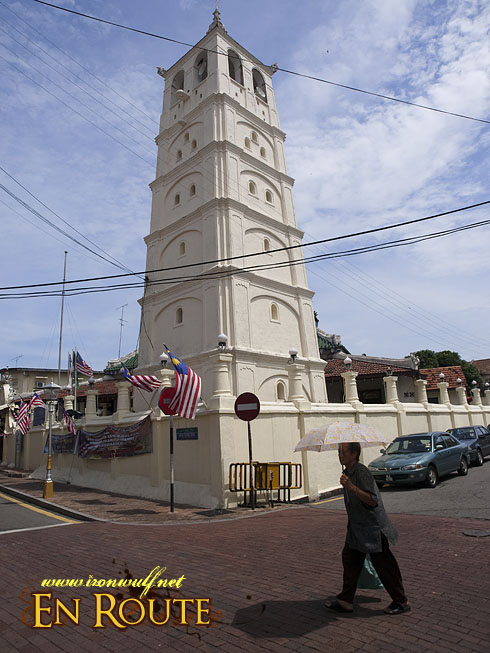 The visit to the Studthuys, St Paul Church and A Formosa was just part of what Malacca has in terms of heritage sites. We had an authentic Nyonya Cuisine lunch at Seroni Restaurant to take a break from the tours. Once satisfied, we moved on for some walking tours at a couple of popular streets in Malacca, the Jalan Tokong and Jonker Walk. 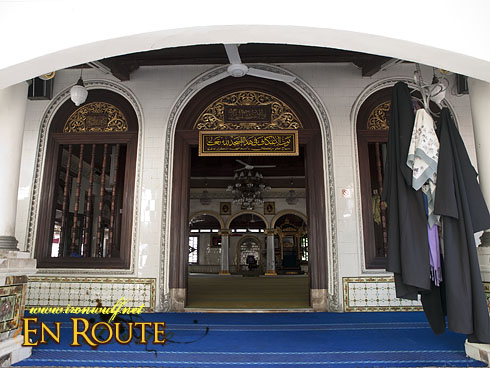 We were dropped off at the gates of Kampung Kling Mosque along the street of Jalan Tokong. The street is also known as the “Street of Harmony” and also the “Temple Street” as it has 3 places of worship for different schools of belief coexisting along the same street. We only had time to visit a couple of them and the Kampung Kling Mosque is the first one. 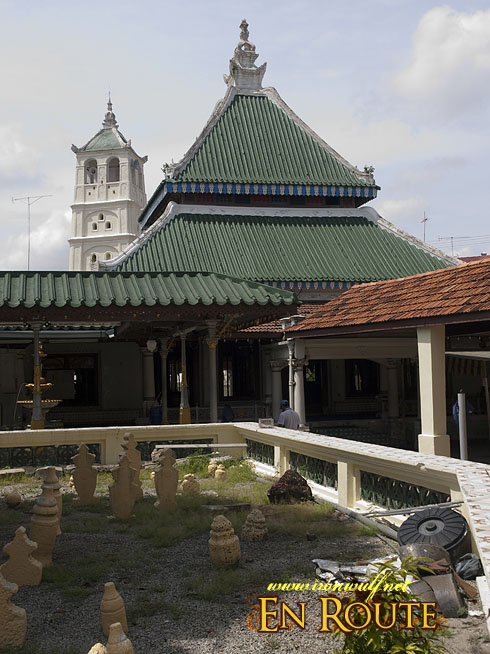 Kampung Kling Mosque or Masjid Kampung Kling is one of the oldest mosques in Malaysia. It was built in 1748 on a square floor plan unlike the middle-eastern mosque. Honestly, I’m amused on the architecture of Mosque here as I thought that most Mosque follow the dome constructions like we have here in the Philippines but I guess it differs on the places as well. Modernization caught up with this place as well as I saw a cable satellite dish on their roof. 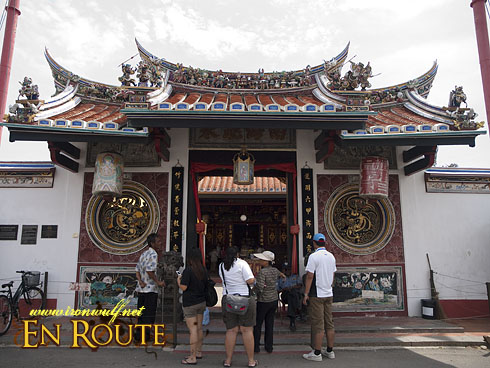 The walls are covered in white paint. Inside are the main worship grounds, an elevated ablution pool and fountain and also a Muslim Cemetery. The roofs constructed with Chinese ceramics are tiered and shaped like a pyramid. I think the most obvious and defining construction of the mosque is the corner street minaret. It towers nicely above the street wires that obstruct it. 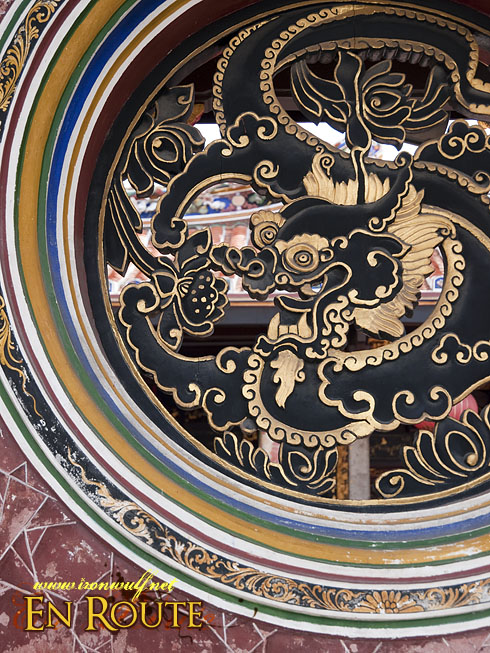 Elaborate designs at the temple gates

Just a few stretches from the mosque we visited a Chinese temple called Cheng Hoon Teng. Also called the “Temple of the Green Cloud”, the temple was built in 1645, making it the oldest Chinese Temple in Malaysia. It was made sure that the temple conforms to the principles of Feng Shui when it was built. Cheng Hoon Teng was ranked as one of the most significant Chinese Temple in South East Asia. UNESCO also awarded the temple last 2003 for its outstanding architectural restoration. 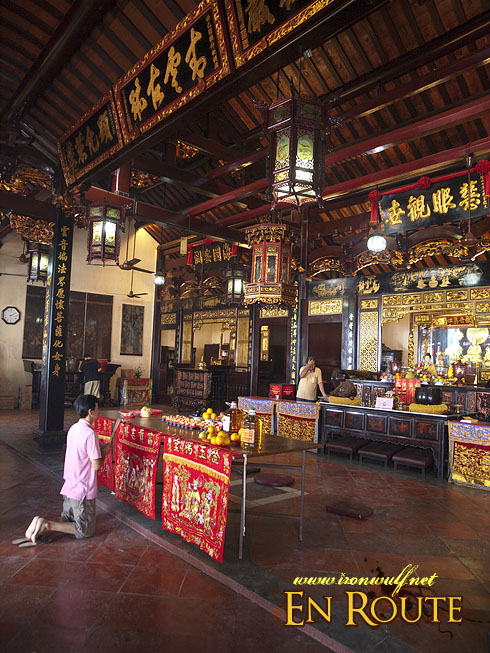 Even from just looking the ceramic decorations at the gate, this 364 year old temple seems like it was just built a few years back. The temple is reeling with activity from visitors and worshipers but it’s still easy to go around the rectangular complex. I’m not really familiar with the Chinese practices but the inner wall halls have prayer altars and numerous mementos or offerings for the departed. I’m not really sure what some of the small tombstone shape items with photos are for but their very details adds to the character of the temple. 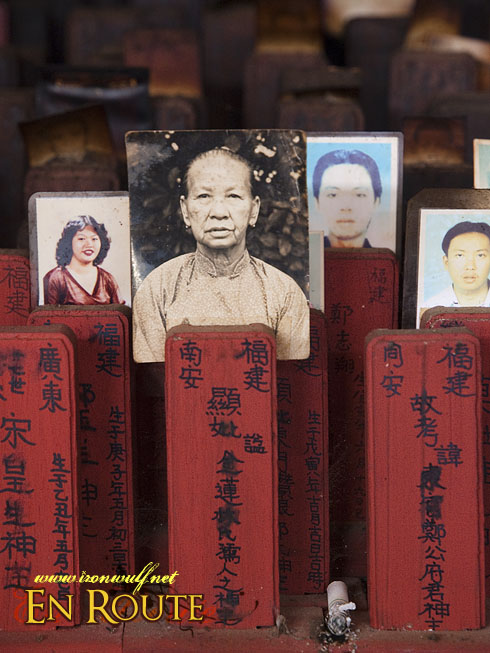 Since we were only here for the afternoon, we no longer have time to visit the Hindu Temple, Sri Poyyatha Vinayar Moorthi. From there on we continued our walk on what’s left of Jalan Tokong street going towards the Jonker Street for our final stretch on Malacca. 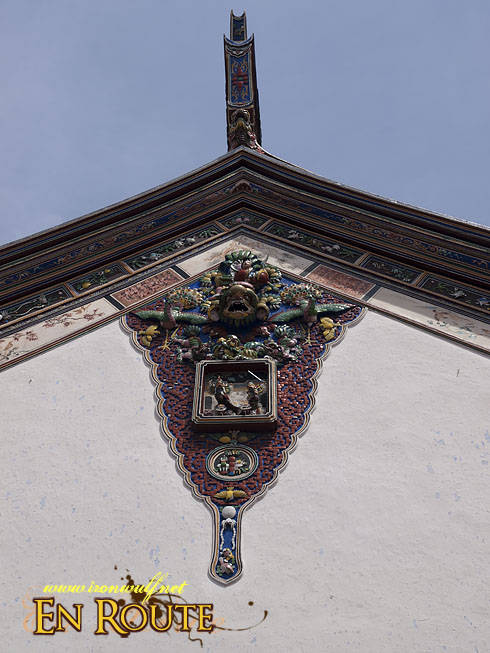