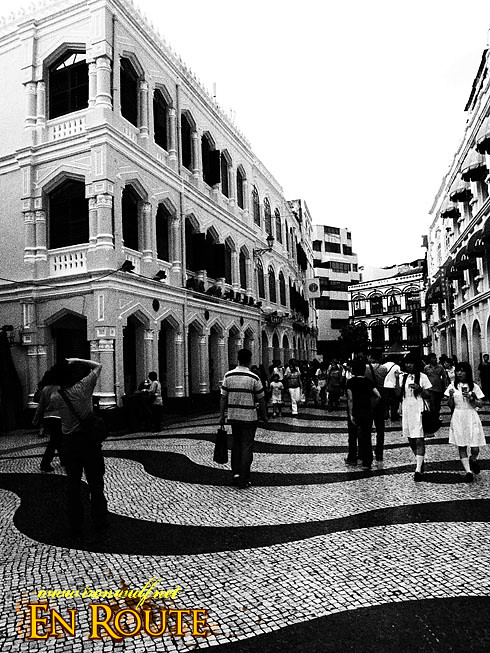 Our pace didn’t change as soon as we emerged from the alley walk. We were now at Senado Square. One of the most anticipated sights I wanted to see in Macau. Well, it is one of the most popular places in Macau, finding its pictures on just about every postcards, magazines and internet Google search on Macau. Judging from the throngs here, everyone wants a spot on this UNESCO World Heritage Site. 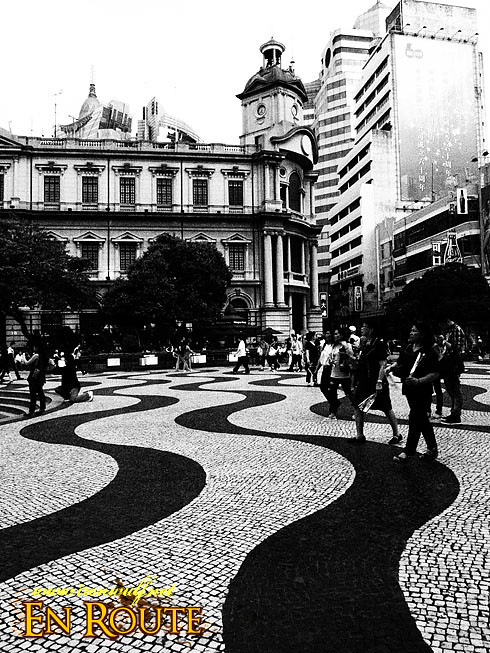 Senado Square and its distinct wave-pattern stone mosaic pedestrian walk along beautifully pastel-colour neo-classical buildings is just one of the 24 designated sites under Macau’s Historic Centre. The designation area spreads south-west of the main Macau peninsula. UNESCO recognizes the importance of these structures, both public and private to represents the earliest and longest lasting encounter between the east and the west. 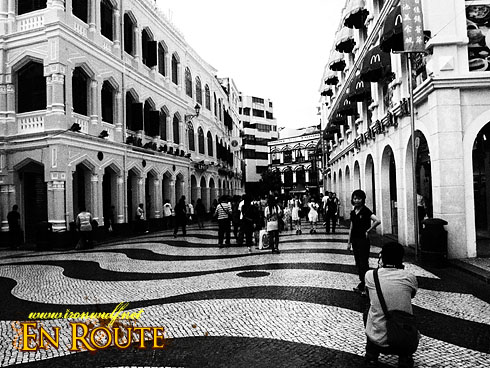 While I love the hues at the square, I thought the overcast sky and the sharp contrast of the wavy patterns on the stone floors would be interesting in monochrome. I switched to Grainy Black and White Art Filter on my Olympus E-PL1 and enjoyed capturing a somewhat classic look of the square. 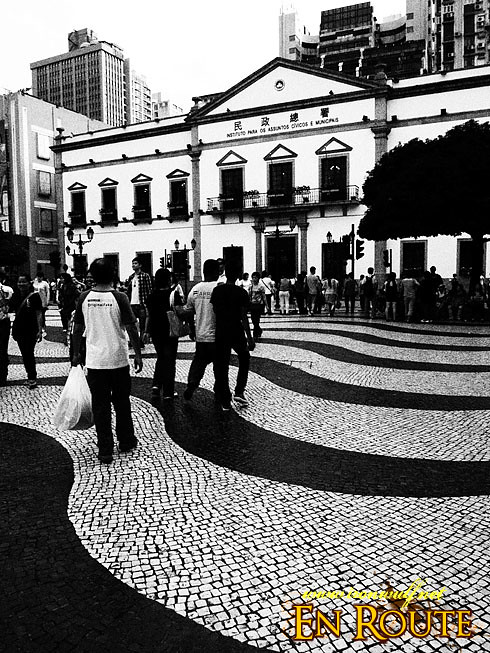 At the edge of the square along Avenida de Almeida Rideiro is the Leal Senado or Loyal Senate building. It was the first municipal chamber in Macau and is now home for the Civic and Municipal Affairs Bureau. This neo-classical building built in 1784 still retained its original walls, layout and courtyard. 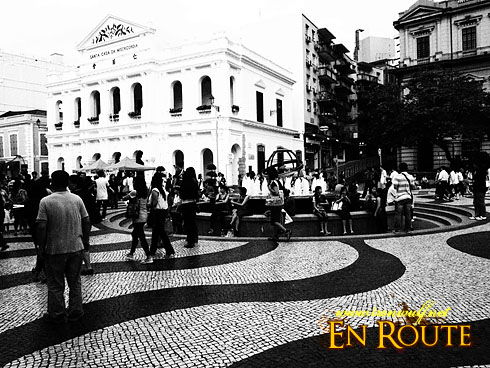 The Senado Square fountain and the Holy House of Mercy

Opposite Leal Senado is the Holy House of Mercy building which was established by the first bishop of Macau in 1569. It was the first charitable institution in Macau modelled after the prominent Portuguese institution of the same name. This building was also the home for the first western-style medical clinic and other social welfare structure. 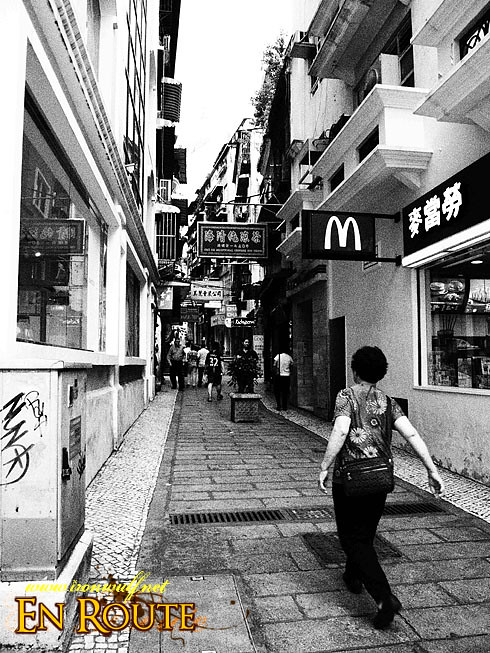 Walking further the inner street we passed by other Mediterranean inspired building where are now home to commercial establishments like Watsons, McDonalds and clothing stores like Giordano and Bossini. I wouldn’t be surprised by this of the thousand foot traffic this place is getting every hour every day. 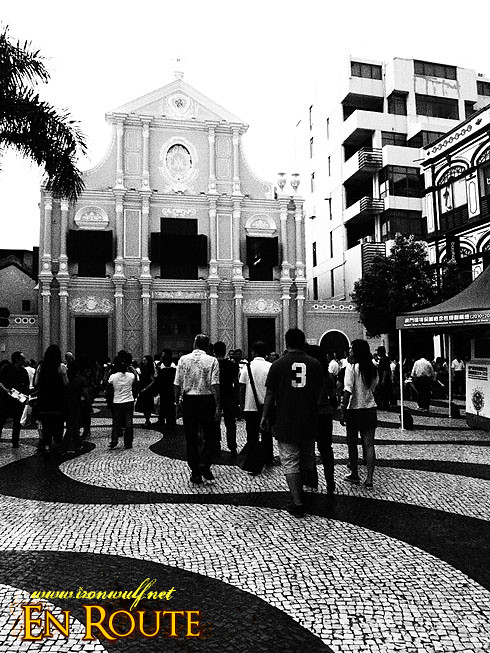 Just at the opposite end of the square, taking a left is the yellow-facade and sporting a baroque architecture is St Dominic Church. This church established in 1587 by three Spanish Dominicans from Acapulco Mexico was also the place where the first newspaper was published in Chinese soil called A Abelha da China or The China Bee on September 12, 1822. Avoiding the oncoming crowd, we continued our walk from St Dominic Church to another of Macau’s established landmarks – The Ruins of St Paul Church.